[At the time of review, I was unable to find other players to play through the multiplayer portion of Deadfall Adventures.]

The term “mixed bag” is thrown around in games criticism an awful lot these days, but often with good reason. There is an odd breed of game that occasionally shows bright sparks of brilliance, but is otherwise bogged down by poor design or simply mediocrity. Deadfall Adventures, the new first person shooter from The Farm 51 (of Painkiller fame), manages to accomplish all of the above and then some, resulting in an experience that accurately resembles reaching into a mixed bag of lint, gold and razor blades.

Deadfall Adventures puts players in the shoes of James Lee Quatermain, the great-grandson of legendary adventurer Allan Quatermain. A man who cares only for the riches and fame that treasure might bring, James Lee Quatermain is tasked with accompanying his (apparent) former colleague Jennifer Goodwin on a quest to discover the lost city of Atlantis, whilst also fending off Nazi soldiers whom would use such a discovery for evil purposes, as well as other, more supernatural enemies. Right off the bat, Deadfall is positively bathing in clichés and material ripped right out of an Indiana Jones fan fiction. 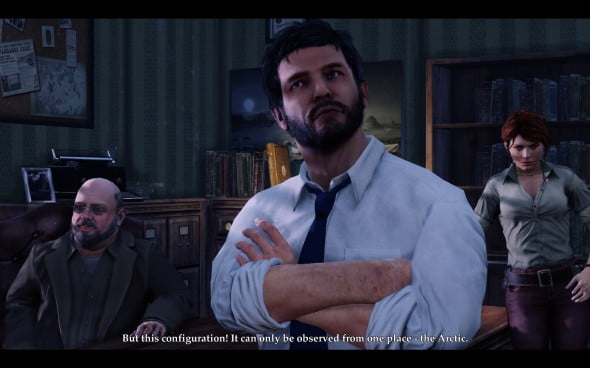 Within the first twenty minutes, things are essentially framed as: “James Lee Quatermain is a loose cannon, but by gosh he gets the job done! He may only care about money, but perhaps his incredibly sexy, yet absurdly smart sidekick will bring out the heart of gold inside him that is just waiting to be discovered!” There’s even a moment wherein Quatermain looks at an artefact and says: “‘It belongs in a museum. ’ Yeah and the money from it belongs in my bank account.” What a clever way to reference Indiana Jones whilst also establishing that your main characters in an irredeemable ignoramus.

The cliché ridden, cringe worthy character development doesn’t end with our hero though; Goodwin is also only ever on our screens to exchange in diabolical “banter” with Quatermain (in case you haven’t guessed, she loves doing things by the book and using big, archaeologist words, whereas he just loves to shoot things and make idiotic one-liners), or so that the camera has a rear-end to focus on for an uncomfortable amount of time. Every line of dialogue in Deadfall is dripping with self-satisfied snark, only without a sliver of the decent writing that lets games like Mass Effect get away with it, and not a single puzzle can be solved, or enemy killed without Quatermain muttering something insufferable. Add to this mixture some of the worst voice acting I’ve heard in years (particularly with regards to foreign accents) and every cut scene becomes painful to watch. It really is problematic when your game’s protagonists are so irritating you actually want the Nazis to win. 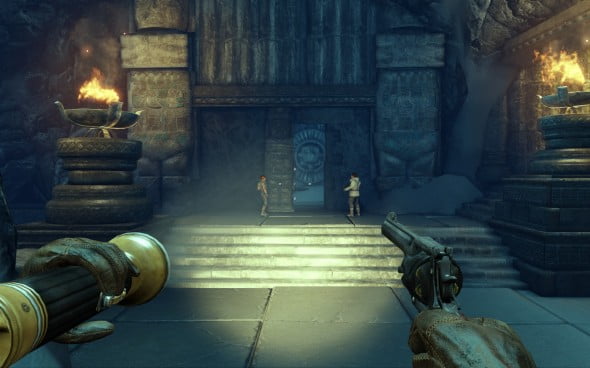 If Deadfall had anything interesting going on within its narrative, its shoddy dialogue and characters might be forgiven, but everything that happens across the game’s campaign feels predictable and easy to telegraph.

As an interactive experience, Deadfall Adventures is essentially divided up into combat sequences and puzzle rooms. Combat sequences generally involve fighting Nazi soldiers with a variety of WWII era handguns, machine guns and shotguns; and while most of these portions are solid in their execution (it’s shooting Nazis, it’s hard to get it too wrong), I did run into several bugs and glitches that made proceedings particularly frustrating. Occasionally, bullets would hit their mark but have no visible effect on their targets, or explosives would detonate at a soldier’s feet and have absolutely no impact on him. Perhaps the most engaging thing about Deadfall’s action is its Alan Wake­-esque Mummy fights. These involve shining Quatermain’s torch brightly at Mummies until they become weak enough to shoot with conventional guns. This can often lead to intense and frightening encounters that provide a welcome break from the seemingly endless waves of Nazi cannon fodder. 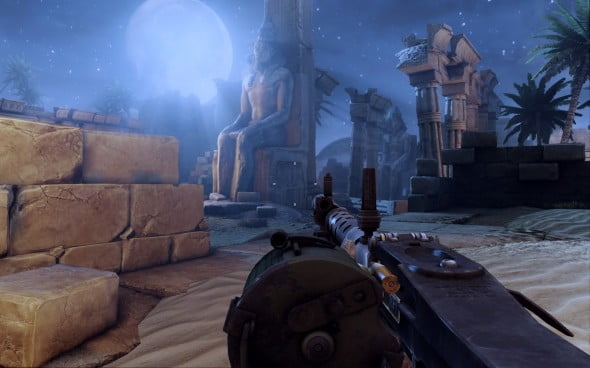 Occasionally, Deadfall showcases some nifty level design that allows for interesting avenues of play; traps can be used against foes, and there are some seriously intense battles involving both soldiers and mummies. There are also some fantastic set pieces that are impressive enough to rival FPS giants with much larger budgets, but these moments are unfortunately few and far between.

Puzzles in Deadfall fall neatly into the “mediocre” category, since they usually involve moving mirrors to point lights at symbols, or picking the right symbols based on some clues illegibly scrawled in Allan Quatermain’s journal (a fitting present for such a terrible great-grandson). There’s nothing groundbreaking here, since all of these puzzles also worked in games like Skyrim or Resident Evil 5. There is however a puzzle within the game that presented me with no perceivable goal or solution, and I only managed to solve it through sheer luck, since Quatermain’s journal was of no use, and my companions seemed to stay oddly silent for once. 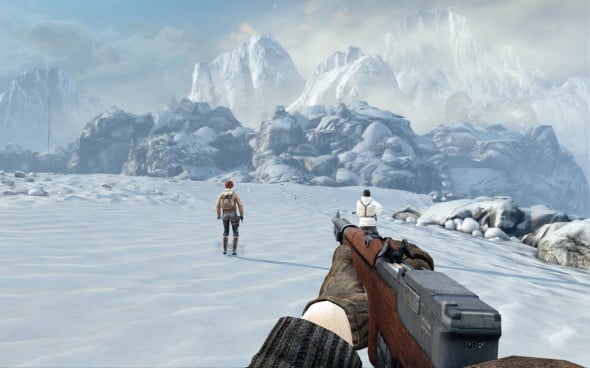 There are also treasures to collect across each level which can be used to upgrade James’s skills and attributes, and finding these treasures does indeed add an extra layer of exploration on top of what is otherwise a decidedly linear affair. However, treasures are often located behind traps that are hard to spot and often unreliable (particularly floor plate traps that engage even when they aren’t being stepped on), which can lead to the player being sent back an entire puzzle or difficult combat section thanks to the game’s spotty checkpoint system.

Deadfall’s finest achievements seem to be its visuals; character models are incredibly detailed, as are the beautiful and exotic locales that can be explored. That’s not to say there aren’t the occasional texture pop ins or other visual glitches, and characters often appear to have been animated like marionette puppets during cut scenes, but Deadfall sticks to its classic, 1940s adventure style with a fair amount of attention and consistency. The best moments in Deadfall Adventures were usually those I spent gazing over a mountainside or admiring an eerie, wonderfully lit dungeon. 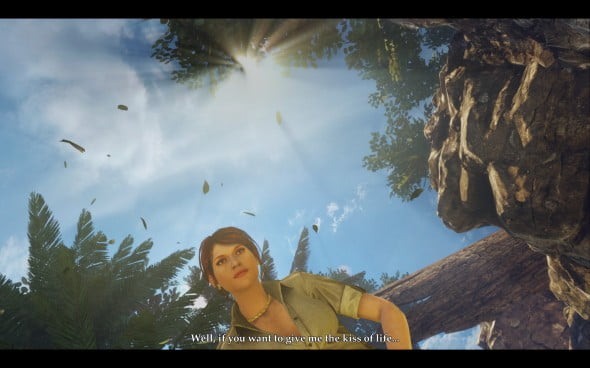 Deadfall Adventures suffers greatly in the end from an overall lack of consistency. There are some thrilling combat sections dotted throughout the game, the occasional perplexing puzzle, and some beautifully rendered environments to rival the best locations Tomb Raider or Uncharted have ever offered up. Unfortunately, a lot of the good will Deadfall earns itself is spoiled by lazy design, bugs, terrible acting and writing, and an overall sense that the game is retreading old ground.

At times a solid and refreshing break from brown and gritty modern shooters, at others a boring slog through unimaginative puzzles and story beats, and at others a buggy mess. Deadfall Adventures certainly provides an unforgettable experience; never before have I simultaneously felt so much exhilaration, boredom and frustration.