I remember when I was five, begging my parents for a quarter so I could play a racing game at the arcade. I was never particularly good at them, but I always loved how much fun they were. The power-ups, the unlimited lives, and cheesy action music made “Road Ripper 4” or whatever a genuine pleasure to play. Even today, I love to have flat-out nonsense in my games and Gas Guzzlers Extreme definitely delivers in that regard. 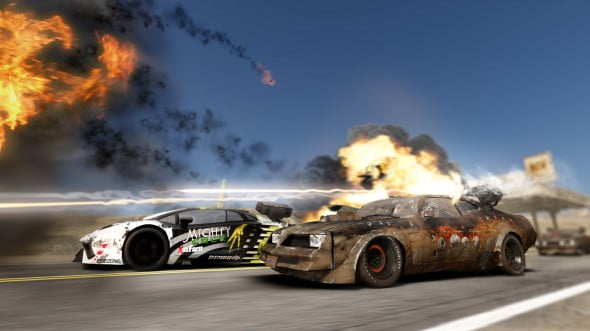 Gas Guzzlers Extreme has the nostalgia factor going for it, for me anyway. The game controls much like an arcade racer with tons of ammo upgrades to keep your ride deadly. You hear “ammo upgrades” and you probably think “Hey! Isn’t this a racing game?”. While you are trying to win each race, that’s not at all what Gas Guzzlers Extreme is about. It’s really a car combat simulator that happens to have tracks.

Now, I am going to say that I like Gas Guzzlers quite a bit, but it seems to be lacking a certain polish. The graphics look great, however the effects look like they literally came out of an arcade game. The cars handle well enough and one of the first things I noticed is that there’s no camera movement. You will use the arrow keys for movement but will not use the mouse for anything. This actually became a problem for me at times when I wanted to see a turn or maybe a car on my side or rear. It certainly doesn’t break the game, but it was annoying nonetheless. 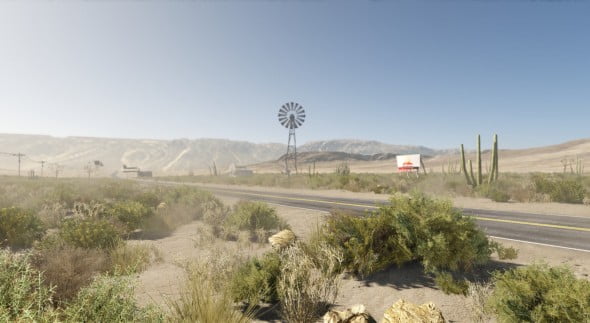 Graphically, Gas Guzzlers Extreme is all over the place. The car design itself looks rather choppy, but the tracks look good enough and the vistas in the backround make the world feel alive.

There’s also some dumb fun to be had here as one of the first achievements I earned was for running over a rabbit. I enjoy games that don’t take themselves seriously and Gas Guzzlers Extreme, a lot like me, doesn’t seem to to take anything seriously.

Despite it’s name, Gas Guzzlers isn’t as generic as it sounds. In fact, it has a personality reminiscent of Duke Nukem and Twisted Metal. Before a race, you can choose a voice-over for your car and some of the dialogue is hilarious as well as inappropriate. Even the ads and signs have some obscene writing on them that I won’t mention. 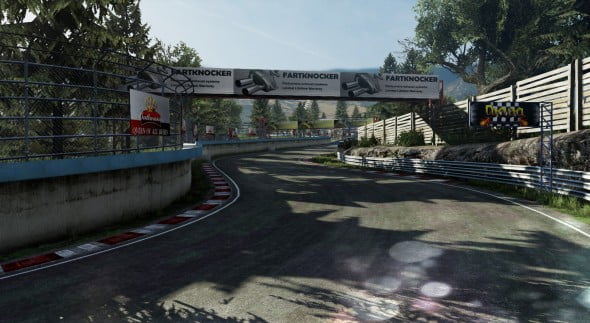 Another thing I’d like to bring up is the music. It is hard rock that fits well with the sometimes intense tone of the game. The music itself is actually quite good and had me rocking out as I was playing.

In the end, there  isn’t really much to say about Gas Guzzlers Extreme. It’s a straightforward racing game with good mechanics, but lackluster graphics. The in-game dialogue adds some personality, but it’s just not enough for me to recommend this title. Then again, if retro is your thing, you might find a lot to love with Gas Guzzlers Extreme. This is a game for the light-hearted that just don’t care.

LJ's a nerdy teen who lives in the woods and watches squirrels to pass the time. He enjoys video games, Oreoes, and being completely anti-social to all beings of Earth.
Leave a Reply