If there’s one trend which has been about as prevalent as “muscle bound white men with guns” this console generation, it’s been “children and/or small adults traversing dangerous 2-D worlds – with a twist!” LIMBO, Braid, and FEZ are the most notable examples of this trend, and with the release of Rain Games’ debut title Teslagrad we don’t seem to have seen the last of it.

Don’t take me for a cynic; these are some of my favourite games of the past seven years, and as such I’m always excited to get my hands on whatever looks to be the next great indie puzzle platformer. If Teslagrad is proof of anything, it’s that said genre is still brimming with creative energy, artistic vision and clever design. 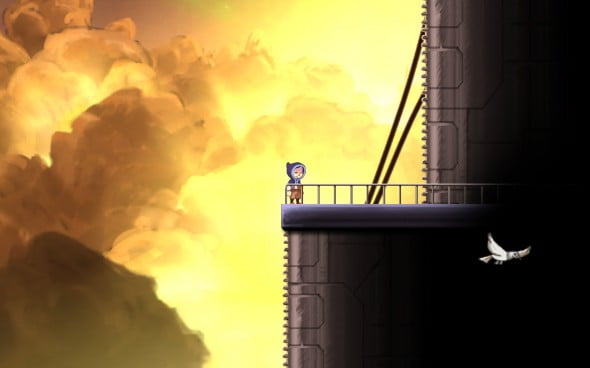 Teslagrad tells the story of a small boy who finds himself caught within an age old conspiracy surrounding the corrupt king of his nation. Told without any dialogue or text, his story is a remarkably subtle tale which follows his struggles within Tesla Tower, a hulking, sinister construct filled with dangerous puzzle rooms and deadly traps. In order to survive Tesla Tower and discover its secrets, the boy must utilize several magnetic-based items and gadgets he finds along the way.

This is where Teslagrad‘s most important gameplay mechanic comes in. Throughout the game, the boy is presented with objects that glow blue, red or neutral brown. By using his magnetic gloves, he can switch these objects to their respective polar opposite colours, in order to create opposing or attracting magnetic forces. For example: by switching a block on the floor from blue to red, it would bring a corresponding blue block down towards the block on the floor. This gimmick is used frequently throughout Teslagrad, but the ingenuity and freshness of most of the puzzles stops it from ever becoming stale. Contrary to most puzzle-platformers, Teslagrad is a game about shaping and manipulating your environment, not just traversing it. 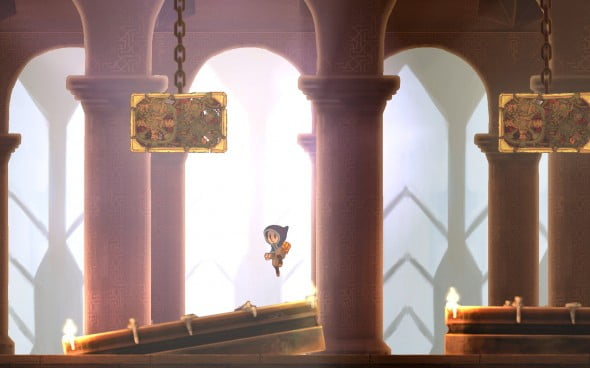 Although most of the game’s puzzles are very well designed in theory, it must be said that they don’t always work without a hitch. There are times wherein collision detection with traps and obstacles feels a little off, as does the effect of opposing magnetic forces as a means of propulsion – sometimes it will send you flying, others it will barely lift you off the ground. It’s a real shame that the execution of some of the puzzles is a little off, since most of them are conceptually sound – forcing you to think outside the box in order to succeed.

Tesla Tower is not a linear series of rooms as one would find in most platformers; instead it more closely resembles the world of FEZ – a series of rooms connected to each other in a sort of cyclical maze which can be explored numerous times. This seems to have been done to force players to explore the game to collect semi-optional scrolls, but 2-D areas filled with puzzles really are not places you want to be backtracking through many times, particularly when a lot of the puzzles require a considerable amount of trial and error. 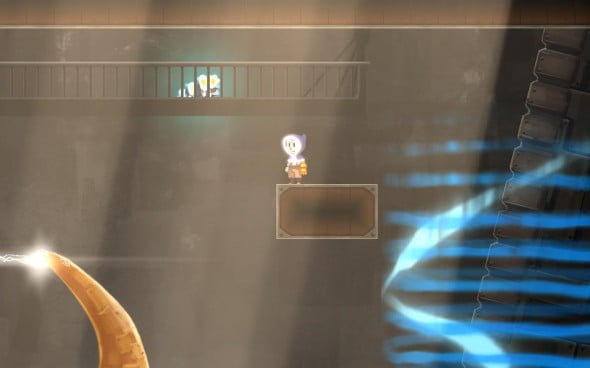 The game’s non-linear world structure, as well as its text-less storytelling, makes for an experience that often feels directionless – it isn’t really a game about exploring, nor is it a game about achieving a specific goal. It also makes for a game with a poorly defined difficulty curve, mixing laughably easy puzzles with teeth grindingly difficult ones. Although the journey is still pretty fun for the most part, the lack of any real reason to continue makes Teslagrad far less compelling than it ought to be at first glance. Teslagrad should certainly be praised for trying something a little different with its story, but once again it seems to find itself caught between trying very hard to say something, whilst trying even harder to be painstakingly subtle about it.

Although there are some lingering mechanical issues that leave a sour taste in one’s mouth, Teslagrad is undoubtedly a beautiful game. The game’s wonderfully fluid animation lands somewhere between Studio Ghibli and Popeye, and plays very well against Tesla Tower’s grimy, industrial steampunk backdrop. Throw in a moody and ambient soundtrack and Teslagrad certainly presents an absorbing and enticing world, but its narrative subtleties only counteract the immense depth it might have had, and undo a lot of the good done by the game’s sound and visuals. 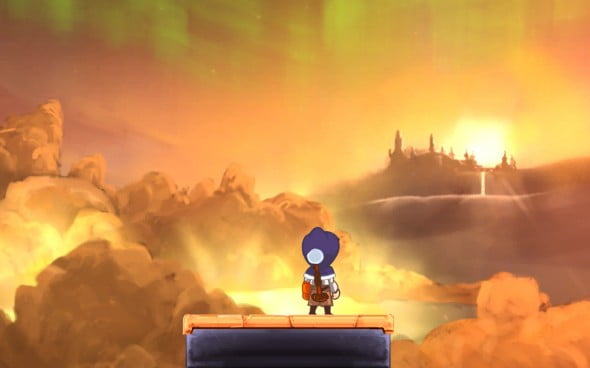 Beautiful, interesting and certainly fun, it’s a real shame that Teslagrad only scratches the surface of its immense potential. Most of its puzzles are very well designed, if not always perfectly executed, and while the world it portrays to us is certainly intriguing, it feels somewhat lost within its own ideas. Teslagrad feels somewhat undecided on what it wants to be. Does it want to be driven by a narrative, or by its mechanics alone – it certainly doesn’t achieve both.

Although it provides a wholly solid experience, Teslagrad could have reached much greater heights. It's beautiful to behold and boasts some seriously brain tickling puzzle platforming, but its structural issues and its narrative uncertainty leave it feeling somewhat flat. Still, if you're looking for a decent puzzle platformer with strong gameplay mechanics and some great art design, Teslagrad might just be your thing.