For me, the greatest part of season 1 of Telltale Games’ excellent downloadable, episodic adventure game, The Walking Dead was the development and maturation of the relationship between escaped convict Lee and nine-year-old Clementine. Watching Lee’s steady turn into Clementine’s protector, friend and father figure, and Clem’s development from helpless child to Lee’s confidante and right hand provided an emotional anchor to the story that was only possible through the slow pacing of the season (10 of so hours of gameplay, split into five episodes, released over the course five months). Players had the time to invest and space to reflect on their relationship, which lead to the all the more heartbreaking conclusion.

One the one hand, it is unfortunate that The Walking Dead: 400 Days, a collection of five individual shorter stories (more akin to the companion webisodes of several TV shows, rather than the season proper) doesn’t have that luxury. Characters are introduced thick and fast through the course of each of the chapters, so there isn’t time to form similarly strong connections with any character, no matter how compelling some of them are (particularly ex-con No. 2, Vince and the bearded, bespectacled Wyatt). However, flipping the structure of Season 1 on its head has allowed Telltale to flex their creative muscles and experiment with just what their (and Robert Kirkman’s) world and game is capable of, to deliver a massively entertaining and energetic extra piece of The Walking Dead.

Where Season 1 held a tight focus on the human drama of Lee and Clem, 400 Days looks at this post-apocalyptic universe through a much wider lens, offering up snapshots of some of the hundreds of other struggles that are being faced in a world turned upside down, from the initial incapacity to deal with violent catastrophe to the slow decay of whatever structure and routine had been erected in its wake. If nothing else, 400 Days shows that the real troubles starts not when the undead are clawing at your door, but when its been so long that the door is rotting off its hinges.

Centred around a gas station which provides both an emotional and narrative waypoint for each of the five stories present, each chapter is accessed from a central Missing Persons noticeboard. Its a neat touch that ties each chapter together, giving this episode a sense of scale missing from Season 1, and a reminder that the troubles of an ex-convict and his charge are, on a larger scale, mostly insignificant. In The Walking Dead, someone always has it worse.

Each chapter takes around 20-30 minutes to complete and can be tackled in any order, which can lead to some interesting cameo moments. Although each of the five parts to 400 Days don’t exactly interact with each other from a narrative standpoint (these are all most definitely isolated stories), they do intersect, and moments or actions from one story might be felt or witnessed in another (equally, moments from the first season are echoed here). So, depending on the order in which you complete the chapters, they provide either moments of foreshadowing or consequence. None of this has any real, tangible impact on another story, but it’s another effective way of grounding each of the disparate adventures in the same universe. It often feels like a lot of zombie-survival games play out in total isolation, as if your band of survivors is the only one with a story worth telling. With these cameo moments, 400 Days deftly furthers what Season 1 did in introducing familiar characters from the comic books, showing that this particular zombie apocalypse has given everyone a story to tell.

On the gameplay front, nothing much has changed. This is The Walking Dead that we all know and love. A bit of light puzzle solving and lots of characters to meet, but it’s still all about your choices. Telltale continue to hold a mirror up to your morals and ask what choices you would make in this ruined land. On what criteria do you judge which of two bad men should die? Would you kill a hungry stranger just to feed yourself for one more day? These are the kind of tough choices players have come to expect from the series so far, and 400 Days is no slouch in this department. What sets it apart from Season 1 however is how immediate the consequences of your choices become apparent. Needing to tell a satisfying story in less than half an hour rather than over the course of several hours, this entry is much more frantic, and that’s no bad thing. It’s The Walking Dead with the fat cut off. Each story catapults the player from one tension filled choice to the next sometimes without giving you time to really soak in what you have done before you have another life or death situation on your hands. It really helps to sell the immediate and instinct-driven nature of living in a hostile, unforgiving world, although sometimes I did find myself yearning for the space and slower reflective periods of Season 1 where I could really take stock of my actions. But such is the nature of the micro-storytelling experiment of 400 Days, and such a change of pace is, for the most part, a refreshing one.

Technically, 400 Days hasn’t changed much from its predecessor either, only this time it’s not all good news. Graphically the game looks good. The comic book art style is a joy to look at, and both character models and environments are detailed. Given a large amount of this game is spent talking, the voice acting consistently knocks it out of the park. Despite only having a short amount of time with each of these characters, the actors their roles do a fantastic job of hooking you in and making you give a damn right from the off.

For a game that does so many things right, it is a sad sight to see some familiar issues crop up again in 400 Days. The frame rate often suffers, especially when moving between scenes, and (at least on 360) there was a little bit of texture pop in at the start of new scenes also. Lip-syncing is hit and miss most of the times, which took me a while to ignore, but by the second chapter, I had all but phased out to it. These are problems that could have easily been fixed given feedback from Season 1, but they are by no means game breaking, nor will they stop you enjoying yourself.

In Season 1, it was easy to see how Lee Everitt’s problems and the protection of Clementine were the most important things in this world. The Walking Dead: 400 Days reminds us that no matter how bad one person has it, they are, in the grand scheme things, insignificant. It is an experiment how short story narratives can fit into gaming. It takes an established and well loved formula and – thanks to some consistently great writing – flips it on its head, offering a much faster, bare-bones Walking Dead game without much of the trade offs. Although there are some moments where players will want to slow things down and take a deep breath as they could before, 400 Days is a welcome and thoroughly enjoyable change of pace that can be recommended to any fan of the series.

(Note: Despite having no ties to Season 1, 400 Days is considered and treated like Season 1 DLC, meaning that you must have at least the first episode, A New Day, already installed in order to access it. Unfortunately, you won’t be able to use 400 Days as your introduction to the series.) 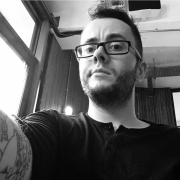 Simon lives in Bristol, UK. With a game controller in his hand since he can remember, he loves all things gaming and gadget. When he isn't glued to his 360 or watching countless hours of pro wrestling, he runs.
Show one comment