Agent 47 is back again, this time armed with a wider variety of weapons and skills than ever before. Hitman: Absolution. is Square Enix’s fifth edition to their long running stealth action franchise. This latest version is a beautiful look at the dark and gritty work of a famed killer gone rogue. All set upon a stage inhabited by a thriving populace of a seemingly real city. Unfortunately, spotty AI, forgiving game play, and lackluster linear missions prevent this latest version from reaching its true potential.

In this newest installment Agent 47 is no longer the eloquent killer we’ve come to know and love. The very first mission has him seeking out and killing his former Agency handler, Diana Burnwood. As the life fades from 47’s long time partner, she gives him one last request; to betray the agency and protect a girl named Victoria. It doesn’t take long before the player is then introduced to the game’s main antagonist, Blake Dexter- the pudgy criminal mastermind with a cruel southern style. The only things more crude and vulgar than this low-life are the cronies who do his bidding. These despicable beings often challenge Agent 47, and the game makes eliminating them a real treat. From the very onset the gritty, dark environment of this world is set. The city we are plunged into is a dark and dreary place and the characters and missions that litter it accurately reflect it as a whole.

Just like in its prequels Hitman: Absolution tasks the player with the target to be eliminated, while leaving the method of murder to your choosing. While this offers nothing new to the series, it is still Hitman’s strongest feature. Whether you choose to sneak up behind the target and choke them with your garrote wire, or use the environment to take them out with true anonymity, the choice is entirely yours. If Agent 47’s weapons don’t fit your needs you can always find a truly silent, environmental method to complete the mission. Intricate assassinations such as sneaking to the targets car, planting a remote explosive, banging on the hood to set off the alarm, then later detonating the device when the target comes to investigate, can be conducted early and often if desired.

These open-ended missions take place in such interesting locals as crowded markets, high-end strip clubs, and congested train platforms. Unfortunately these missions are scattered between extensive sneaking missions that detract greatly from the fun built up in the missions mentioned before. In these linear missions Agent 47 is challenged with escaping an area unheard and undetected. Unlike the assassinations these levels don’t give you many choices, and as such becomes a drag.

Throughout the game the player will have the ability to discard Agent 47’s usual clothing, and take on a new look. After successfully eliminating a target, the player has the ability to take their clothing and don a new disguise. These various costumes are essential in the plans of the silent assassin. If the correct clothing is worn players can easily walk past many guards and patrols, unsuspectingly. This adds another layer of freedom and choice to the already vast number of options available to the player. The game also attempts to add challenge and replay ability by rewarding players for keeping their signature suite on throughout the entire level.

If the silent disposal of bodies doesn’t suit your needs Hitman: Absolution offers an alternative. Through the expenditure of an instinct meter, the player is able to slow time and place targets for 47 to quickly eliminate. This technique makes it possible to clear out rooms, or eliminate groups of pursuing enemies. Although this can be a fun option to toy with, it also greatly detracts from the games already excusing difficulty. The rate at which this instinct meter is filled and spent is based off of the chosen game difficulty. On normal the bar almost always contains a usable amount of instinct, but the harder difficulties give you much less to work with.

On the games normal setting the player can easily sneak through the levels and assassinate the target with ease. Through the usage of silenced weapons, QuickTime combat events, and point shooting this difficulty is even further diminished. The end result can be a disappointingly forgiving experience that is further complicated by lackluster AI.

Throughout your escapades Agent 47 will often encounter AI that just is not up to par with modern standards. Often times they will waste countless rounds of ammunition firing at a position you may have left long ago. On top of this, these very enemies often shoot endlessly at your cover with no line of sight, making it easy for you to sneak around and eliminate them from behind. A feature of enemy intelligence that is neither realistic nor believable.

The shadowy actions of 47’s various missions are controlled fluidly. Aiming and sneaking is done easily, and coming upon unsuspecting victims is never hindered by the clunky movement of the character. This is a nice touch making it possible to seamlessly flow through the games many environments eliminating your many targets along the way. The main story can be completed in around 10-12 hours, but challenges, unlockables, and user created contracts add a great deal of replay value.

On top of all this, the impeccably dressed protagonist inhabits a beautiful thriving world that is rich with crisp textures and luscious environments. The most captivating moments take place in open-ended locals filled with people living out their seemingly realistic lives. Markets bustle with activity, while neon signs glow from above. The visual components of Hitman: Absolution are truly an optical treat; one that blends perfectly with the gritty world it attempts to portray. The environments themselves are rich with detail and content, but they would be nothing without the individuals that inhabit their virtual streets. Many environments are bursting with life. Civilians bustle by, filling the screen, and add a rich layer of reality to the digital city streets.

The latest installment in the Hitman franchise offers high production value, strong graphics, and entertaining content. Unfortunately unintelligent AI and easy game play stop this version from being the masterpiece it tries to be. This coupled with boring linear stealth sequences further detracts from the final product. Despite these flaws, Hitman is still a captivating stealth action game that is sure to entertain. 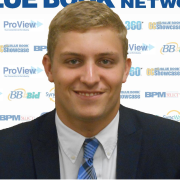 Tim's passion for video games includes all things from news and culture, to first-person shooters and MMO's . He craves all things gaming and passionately follows all components of the field.
Leave a Reply