A few months ago, gentle internet ponderer Kyle Boseman said he doesn’t have the ‘soul’ for fighting games. Finally, someone understood. Through roughly 20 years of Street Fighters, Mortal Kombats, Guilty Gears, Dark Stalkers, and Marvel vs. Capcoms, a fighting game never grabbed me. They were classics, genuinely crafted experiences, that were impossible to get my head around for whatever reason.

Save for the Dragon Ball Z: Budokai series. These 2-and-a-half-D fighters were, exciting, challenging, and also a blast to watch. The gameplay was accessible, emphasizing blocks, ki-blasts, countering, and momentum. For the first time, a fighter that didn’t have WWE in the title, made sense to me.

So upon glancing at screens and doing some quick research, the idea of a Naruto game, seemed pretty appealing, and first impressions were great. Quality animation, an epic sounding score, and numerous cut-scenes elicited that DBZ charm. It had the cell-shading, visual impressiveness, it was based on a long-running martial-arts focused anime, and seemed to have a sense of scale and narrative rarely found in fighters. It even had branching paths and an upgradeable equipment.

Oops. While visually impressive and crafted with care for its license, It turns out Naruto isn’t particularly accessible for fighting game weenies. Mechanics are tricky, emphasizing rushes, item management (of all things?), blocking, and teleportation – most of which doesn’t feature a tutorial. As a result, I felt a bit like a one-legged man in a karate kicking contest.

That’s not to say I wasn’t successful, nor is the game bad. I was able to luck my way through the first encounter with an enemy who was extolling something or other about a great ninja war through the singular hole in his mask, by spamming attacks, running away, coming back, and hammering the block button until I could exploit whatever faults his A.I had. Surely this was not what the developers intended.

For example, the second mission you undertake involves hopping from the top of one burning building to another while you rally troops and engage in quick-time-events to fall a giant, angry, vicious…evil looking dude (The “9 Tails” is the official name for it). Despite being a bit long, the sequence found both myself, and two onlookers mesmerized by the visual presentation, which was vibrant, exciting, and blurred the line between cinematic and gameplay pretty well.

Unfortunately, this sequence isn’t indicative of the entire Naruto experience, which resulting in more aimless flailing by me as I progressed from mission to mission with very little in the way of confidence or command. So I took to the internet and found untold marvel. Marvel at the quality of combat for players who have the soul for this. Marvel at the kinds of boss battles and enemies and obstacles a player would have to overcome to succeed. Marvel at how, exactly, I could be so bad at this. It turns you out play Naruto like one big series of boss battles, alternating between attacks, changing your abilities, triggering quick-time cinematics, and dodging enemy attacks via teleports or blocking. For which I ain’t got the soul.

So here I am in a very weird place, in a position to judge a game with mechanics I can’t grasp, based on a show I don’t watch, featuring characters and a story I don’t understand. This situation happens more often than one would think. When a critic reviews a movie based on a TV show, or a politician is asked about vulgarity in music, for example. Worse, this is now the second update of this particular game, so everyone who’s a Naruto fan probably already owns it, or knows more about it than I do.

Upon reflection, the fact that I *don’t* understand it, means it’s probably exactly what fans want. When I play a WWE game and see the controls have been dumbed down, or changed to be more accessible, I’m annoyed, I want more complexity, more difficulty, more challenge, in that game – because it’s a fighting game where competition is the name of the game. If it was a cakewalk, as the A.I sometimes is, what’s the freakin’ point?

I will say the game is a visual treat, with fantastic and bizarre creatures, settings, abilities, and plot developments abound. There’s a guy with a snake for a belly button. A *snake* for a *belly button*. He moves boulders with his mind. Thinking about it now I still laugh to myself at how ridiculously creative that is.

Thus I feel comfortable judging it based on two things – how little effort it took to teach me, and how good the game *appears* to be for people who want this kind of game. On the first front is fails miserably, and if the game doesn’t want me to love it, I’m not going to love it back. On the second front, wowza. If this game seems like your kind of jam, jam on. 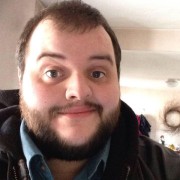