You might say that the genre is still going strong with the success of games like Terraria, Minecraft or Telltale’s The Walking Dead. But when there’s a wiki site for every game with all its secrets just a few keystrokes away, mystery and discovery fall victim to efficiency and power gaming.

A video game used to force you to use your brain; now, you can just use Google. It feels like cheating.

Remember game manuals? They were often the only resource available for players. If you got stuck, you had to figure it out on your own (or with some friends). While that can be frustrating, the games that handle difficulty well are the ones we remember. Beating the water temple, winning on rainbow road and punching out Mike Tyson might have been tough, but that’s what made those games memorable.

Sure, there were strategy guides and a few obscure message boards. But guides costed money, something not every kid had in abundance. And message boards were hard to find and a bit scary. There simply wasn’t the kind of information out there that there is now.

That isn’t to say that games are worse today than they were in the past. Any statement along those lines would be fueled purely by nostalgia — of course today’s games are better. The problem is that gamers can be lazy.

I bring this topic up because I recently purchased Terraria. I wanted to check out the new patch, and after previewing a bad Terraria knockoff in Darkout, I wanted to play the real thing.

The temptation to pull up the Terraria wiki right away was strong. But I resisted. I forced myself to play the game and not let someone else play it for me through a wiki page.

It was the best decision I’ve made in a long time.

Discovering new zones was exciting. Unearthing new resources was exhilarating. And stumbling upon new bosses was frightening. All of these moments would have been ruined for me if I had read about them beforehand — Terraria would have stopped being a game and would have become a to-do list.

1. Mine X amount of Hellfire ore.

3. Travel to Hell and throw a Guide Voodoo Doll into the lava to summon the Wall of Flesh.

4. Defeat the Wall of Flesh and activate hard mode.

That list would go on until there was nothing left to do in the game, and then I would have moved on. Instead, I stumbled into Hell and accidentally summoned the Wall of Flesh, and it tore me to pieces. But that gave me a goal, something to test myself against. It challenged me.

One thing that made ignoring the wiki pages possible in Terraria was its tutorial system. There is an NPC called “The Guide” who will tell you what you can craft from each material you have in your inventory. Without this feature, I would have undoubtedly turned to the wiki.

Minecraft doesn’t offer such help (or it didn’t when I played, at least). It practically requires the player look up crafting recipes because of its unique (read: convoluted) crafting system.

When a game offers an avenue to not cheat, players are more likely to stay within the confines of the game to solve problems. Terraria gets this, and Minecraft doesn’t.

Of course, I’m not advocating wiki abstinence. They’re an incredibly useful resource that we should be grateful for. They just shouldn’t be our first instinct when we run into a problem in a game or just start playing a new one. After playing through most of Terraria, I’ve started using the wiki. It’s a great source of information on endgame content, and at this point it is actually extending the life of the game for me. But I don’t need it, and neither should you.

Try and discover a game on your own again. Who knows — you might even have an adventure. 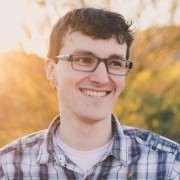