Counter-Strike Global Offensive, was released in August of 2012 leaving gamers with high expectations for updated graphics, better gameplay, and Valve’s new matchmaking system. As a professional Counter-Strike player for the last decade I was looking forward to CS:GO but also had my doubts. Last summer I had the opportunity to do an on camera interview with Chet Faliszek , a developer from Valve at the annual Electronic Entertainment Expo in Los Angeles. Most of my questions were community based and I was able to express my concern for where the community would go and how the matchmaking would work and improve gameplay as they claimed. Chet left me with unanswered questions and a feeling of uncertainty. From the beginning there has been a sense of worry and doubt, not only from players but also from Valve’s developers.

Counter-Strike has had millions of gamers worldwide logging countless hours since 1999, but when Counter-Strike Source was released in 2004 there was an instant division in the community. Many gamers stuck with the older version of Counter-Strike, 1.6, while others including professionals decided to make the switch to Source. I was eager to see if Valve would be able to merge the two communities, bring newbies aboard, while also maintaining the competitive aspect players desire.

Since CS:GO launched there has been huge amounts of negative feedback from not only professionals but also casual gamers within the community. It is no secret that anyone who has used the CS:GO matchmaking system has been left feeling disappointed and frustrated. Players complain of being placed in a server nowhere near their location. On every use, the matchmaking system has placed me on far-away servers on the East Coast or even Europe; the bad connection from such distances leaves the game nearly unplayable and not enjoyable. Not only does this make gameplay extremely difficult, but often times my teammates do not even speak English which means strategy is no longer being used. To make it worse, player’s statistics during matches are tracked and each player receives a rank. The ranking system then determines the players you are matched up with for each game. This means you are being matched with players that may not actually share the same skill level, but because of things out of their control have been forcibly ranked lower.

Valve had the right idea with the matchmaking system, but it has not been properly executed. Since the release there has been over a dozen updates including; tweaks in the matchmaking system, game modes, skill groups, weapons, grenades, additional levels, hit boxes, basic interface options, and more. Each update gives players a sense of hope that things will be fixed and will make CS:GO playable and more enjoyable. Players are missing weapon accessories that are in past versions of Counter-Strike as well as the accuracy of current weapons that players have been accustomed to for over a decade. Beyond interface differences and updates to the ranking system, there has been no improvement in the matchmaking system itself since the release in October. Those looking to play competitively with others in their same skill rank are left in boredom.

For the last decade, Counter-Strike has been such a major part of my life and of the competitive gaming scene as a whole. There has been various league play, local competitions, and many tournaments nationwide. Out of the various games I play, Counter-Strike has always been at the top of my list. Now-a-days I am lucky if I play CS:GO monthly because it is such a terrible experience each time. It is impossible to look forward to playing a game where players are; unable to walk and shoot due to connectivity issues, cannot understand their teammates, and is left with a game that contains no more strategy when it should be at the center. Valve has let the community down as a whole and I am not sure they can ever make Counter-Strike what it once was, one of the world’s most popular online games. 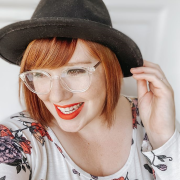 Hollyanne lives in San Diego CA and has been gaming professionally for over a decade. She also has a Hello Kitty obsession and collects PEZ dispensers.
Show 20 comments