As a sport whose number of participants is directly affected by people’s close proximity to cold places, skiing is still very much a niche sport; one that many of us can only dream of partaking in. As such, it is a perfect sport to be turned into a videogame; the stuff of fantasy.

If SSX is the Tony Hawk’s Pro Skater of snow sports games, then Poppermost Productions’ open world ski-fest, SNOW, is most certainly snow sports’ answer to the Skate series, valuing simple but difficult to master combos and an adherence to realism above over the top combos and wackiness. Although there are some serious creases that need ironing out, there is definitely plenty of potential in SNOW. 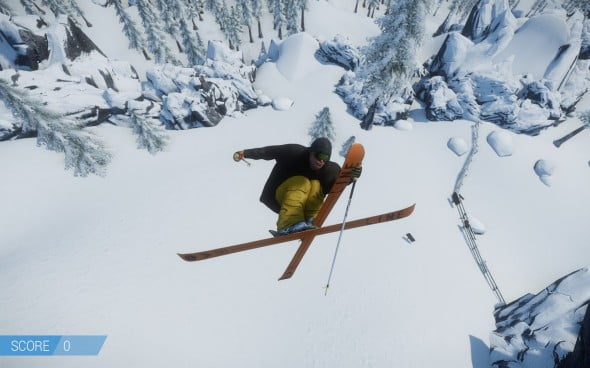 At the outset of the game, players must choose where to spawn their character. There are about half a dozen spawn points at the time of writing (each of which is only on one side of the game’s open world mountain location), with more sides of the mountain to be added at a later date. Each spawn point feels different and offers up a variety of obstacles and courses; some with more slopes, jumps, ramps, trees and rocks etc. Rather like it’s similarly named on-wheels brethren Skate, SNOW’s open world environment offers up plenty of possibilities for exploration, although the lack of missions or any inherent goal makes things feel a tad directionless and a little too sandboxy (snowboxy?) at times.

At this point in SNOW’s tenure on Steam’s Early Access programme, gameplay is certainly rough and ready. The player character will often clip through rocks and trees, his skis will often dip into the snow as though he was sliding down the mountain on his feet, and occasionally the camera will fixate upon the player’s head or other unhelpful parts of his body, which often results in unnerving body spasms. However, when SNOW does work, it works well. By using W, A, D and S for pushing, steering and breaking respectively, it’s pretty easy to pick up the basics, before then moving on to flips and turns (using the aforementioned keys whilst in mid air) and then combining them with grabs (by pressing the arrow keys). It’s a simple control set up and one that lends itself well to SNOW’s supposed realism – anything more complex would probably result in a frustrating and confusing avalanche of a game. 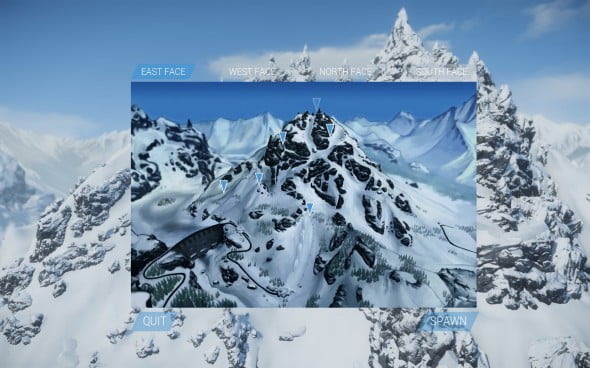 There is also a tutorial on offer to help players learn the fundamental controls and techniques available, which takes on the form of a real-time, step-by-step guide, one that I found particularly useful after trying to dive straight into the main game uneducated. The game does boast controller support, but the key mapping for a controller just feels confused and far less easy to grasp than the keyboard controls.

Quite possibly the oddest/most interesting part of SNOW is its alternative first person perspective. Unlike most first person games, SNOW actually adheres to actual human bodily movements i.e. when your characters is pushing his poles forward, his head goes down, and so does the camera. This can often lead to severely impaired vision, but also to some pretty intense and dicey tricks. 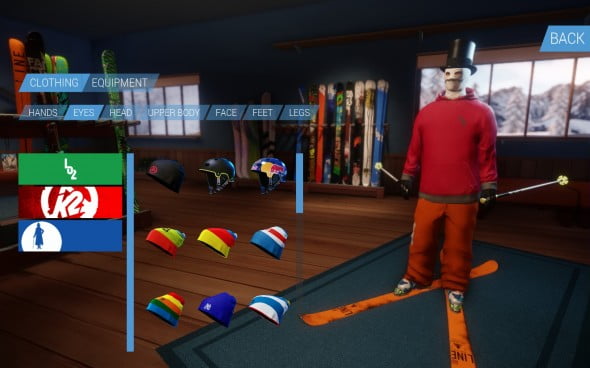 Another page taken out of Skate’s book is the game’s character customization, which features a range of real snow sports gear in different colours. Although picking colours just seems to involve continuously clicking a piece of clothing until the right colour comes up, there is still plenty of gear to choose from, and the selection process is somewhat streamlined. Unfortunately there are only male characters on offer at the moment, but here’s hoping that changes for the final release. All I know is, by the end of my time with SNOW I could pull of 180 back-flip tail grabs whilst wearing a top hat and a moustache-balaclava. So there’s that.

Visually, SNOW utilizes CryEngine to its full potential without making it difficult to run on lower spec machines. Character models are suitably detailed, and the game’s grandiose mountain locations are beautifully rendered, Steam-screenshot fodder. One of the biggest pitfalls SNOW has is actually its befuddling lack of music or any diegetic sound whatsoever. SNOW allows you to pull off some glorious tricks within its beautiful world, but without a suitably adrenaline fuelled soundtrack and the sounds of the wind through my top hat, the experience fell rather flat at times. 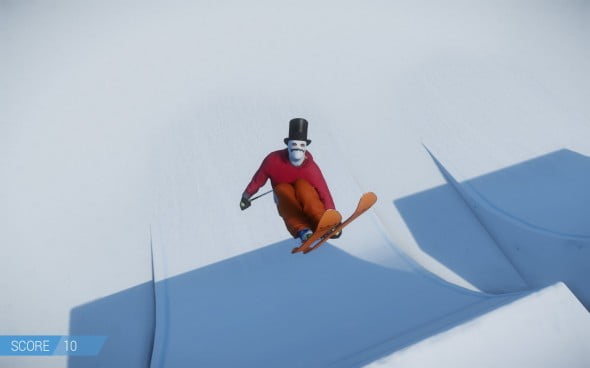 In its current state, SNOW is certainly flawed. It is simultaneously beautiful and fun; buggy and frustrating. Thankfully most of SNOW’s problems are those of polish, not of design. If Poppermost can fix the issues present, SNOW certainly looks to be one of the more unique extreme sports games to be released since the original Skate back in 2007.

Like jumping from an icy cliff on two pieces of plastic, SNOW could either end very well or very badly. Certainly one to watch.