I have now spent an extensive amount of time with FIFA 14 on both the “last-gen” and “next-gen” consoles. You can find my original FIFA 14 review for the Xbox 360 here, and below are my thoughts on the changes made for the Xbox One version.

Player animations are much more varied in the next-gen version. When I was playing on the Xbox One, the experience felt more organic. What was most stunning about this seemingly subtle transition is just how subtle it was. The game now has such natural looking players, that it is a testament to the power of the next generation that I noticed at all. You see, when the behavior of the player matches my innate expectation for how a soccer player would act and appear in a given scenario, the really is a next-gen experience. I’ll elaborate. 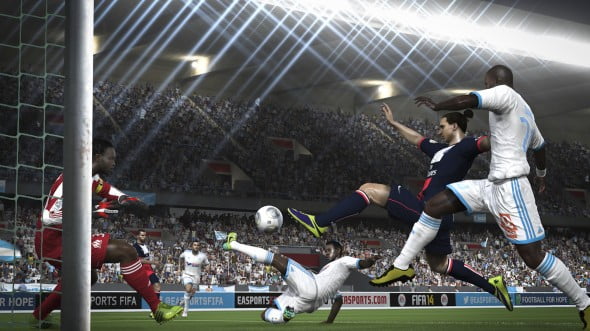 Seeing players fumble about on the pitch is what reminds you that FIFA is simply a game you’re playing. With the Xbox 360 version, I noticed this a lot. It’s something that gamers become accustomed to. But watching the players move in the Xbox One version, I didn’t get yanked out of the game. Instead, I found my heart fluttering with the announcers that get overly excited for every event in the game. FIFA 14, in one small change, has drawn me in like no sports game ever has. This just gets compounded by the significantly better looking visuals. 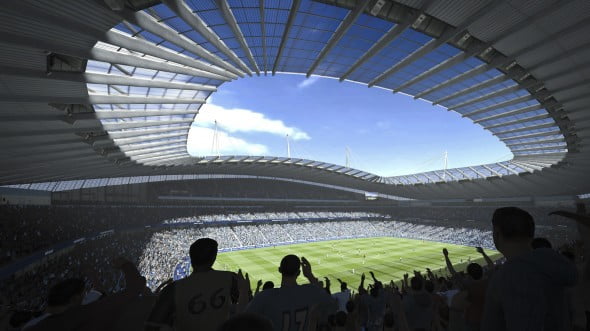 Another stunningly small but beautifully effective change in next-gen: the crowd. Crowd animations are better than I have ever seen them, and the stadium’s cheering is now more dynamic as to what happened, to which team, and where the fans are. Playing in surround sound, you can hear different ends of the stadium celebrating different things. It’s another change that adds to the naturalism of playing, and lets you really embrace the game and the sport in a way that video games have never allowed before. 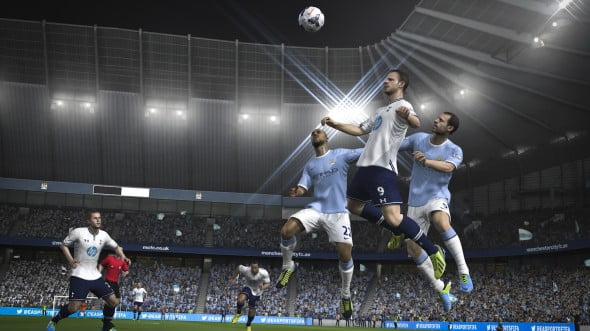 Concerning the gameplay, everything is largely the same. The controls are identical, the modes are identical, and your progress can also jump from the old consoles to the new. This means that any feared hiccups or fresh starts are completely unnecessary. The transition is painless, and you can even carry over ultimate teams.  It’s the sort of small addition that really goes a long way with gamers that care about their long-term FIFA modes.

For everything else, the above review will suit just fine. the game is excellent, and even more so on the next-generation of consoles. The controls are tight, the world-famous gameplay is intact, and everything that made the last-gen version great is still here. EA has completely transitioned the series well, and it is a treat to have such a full-bodied game on release of a new system. If you have the option of one or the other, Next-gen is clearly the way to go. If you don’t have access to the next-gen hardware, FIFA 14 is still a must-own for sports fans.

Eric is a high school science teacher and gamer who hopes his life doesn't one day become an episode of Breaking Bad.
Leave a Reply