What started as a Kickstarter campaign merely a year ago has become the Ouya, the first video game to run the Android operating software. Funding for the project began in early July of 2012, and reached its goal of $950,000 within the first few hours of its campaign. As development for the Ouya continued, funding reached a hefty total of $8.5 million. After the console’s beta run with the developers and Kickstarter backers along with a few delays, the Ouya is now available to the public for $99.

After my initial experiences with the Ouya, it was clear that this console was something different. The last generation has seen the surrender to big name publishers and the dissolution of indie developers. Consequently, we are confined to games that have little to no originality, exposed to the same gaming experience no matter what the title. Not that this is necessarily a bad thing, but the augmentation of indie developers will hopefully result in titles that are unique, but also entertaining. The Ouya is the embodiment of all these ideas, and attempts to “liberate the gamer” with its unclosed philosophies.

The specs for the Ouya are not impressive by any means. It flexes a NVIDIA Tegra 3 Quad-Core for its CPU (found in current tablets) and only puts off 1 GB of RAM memory. The system is even WiFi capable and offers 8GB of flash internal storage. The Ouya also contains a USB 2.0 port for additional external memory. The console also comes with one Ouya wireless controller, which is nearly identical to the layout of the Xbox 360’s, in addition to a touchpad that is neat, but proves to be useless in all aspects of gameplay. Controllers from the Xbox 360 and the PlayStation 3 may also be used on the Ouya, but must first be connected after a multiple step process.

What the Ouya may lack in processing power is made up in the content available to the player. The Ouya store offers an extraordinary amount of content, although I have yet to run into a game that has impressed me. Every game so far has lacked any real depth and have been substandard visually as well. All applications and games have a F2P policy have well, and purchases are not necessary unless the player wishes to do so. As I explored the Discover option (store), I ran into a number of emulators for past generation consoles. With a little patience and knowledge of emulator software, gamers can relive all their favorite video game moments. All the emulators run the majority of the game ROMs rather smoothly. Settings in each emulator may also be tweaked so that conditions can allow for a better gaming experience. These settings include visual plugins that can improve graphics and textures, allowing past generation games in full 1080p. As I played through  The Ocarina of Time on the mupen64plus (N64) emulator, I began to feel nostalgic and I couldn’t help but make a collection of my favorite retro games. Although the legality of these emulators may be questioned, there is no doubt that they offer a wide variety of entertainment and the options are limitless.

The Ouya may also be considered the most development friendly console that has hit the market. The layout of the Ouya was purposely constructed to allow facile development, without the necessity of licensing. The hardware is also easily accessible that allows the owner to modify their Ouya in any shape, way or form. The only thing separating the sand-blasted aluminum and plastic case from the motherboard are 4 standard Philips screws in each corner. The simple structure also allows for easy repair and replacement.

The Ouya is unlike any system I have ever played on, but the bottom line is that the Ouya packs quite a lot of entertainment into a $99 console. Its attractive design and modest structure allows for easy development and modifications, expanding the options and possibilities exponentially. Although the majority of the games may not entertain for long, the Ouya store’s FTP policy assures the gamer that no purchase is necessary unless the game entertains. The Ouya also offers a wide variety of emulators that run past generation consoles. For the most part, these emulators run smoothly and can actually improve the gaming experience with visual and sound enhancements. For 99$, the Ouya is one hell of a value, and I recommend this system to all, from the casual to the retro gamer. The Ouya is so unique and attempts to liberate the gamer from big name publishers/developers. It also marks the beginning of the rise of independents in the gaming industry, allowing a wider variety of gaming experiences. A fresh perspective is necessary to fully appreciate what the Ouya offers. Do not purchase this system and expect it to perform up to the standards of this next generation of consoles. I am enthusiastic about the promising future of this console. The Ouya is the embodiment of many ambitious ideas and succeeds for the most part. 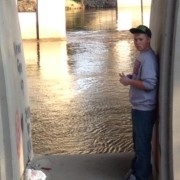 Dan received his humble roots from a small town just outside of Minneapolis. He is currently attending the University of Wisconsin-Madison to receive his undergrad. He has been an avid gamer and collector since the N64's release in 1996. When he is not playing video games, he enjoys socializing with friends and taking naps by the fire.
Leave a Reply