The Walking Dead, Telltale’s powerhouse franchise, has never been perfect. Some dialogue has always felt stilted or rushed, and story-lines, although interesting, often feel avoided so that they draw out for the rest of the season. Of course, most people overlook these minor squabbles, because it succeeds at delivering emotional gut-punches perfectly. Season 1 perfectly exemplified both of these traits. In Season 1 – Episode 3, there was a long, 20-30 minute puzzle that ground the game to a halt, but the majority of players ignored this because the emotional pay-off was so grand.

Now for some, the Season 2 premiere tripped over itself in a few places, most notably the beginning, in which the dialogue devolved to quality normally reserved for Uwe Boll films. This, combined with the new one-dimensional characters, left this reviewer worried for the state of the franchise. After The Wolf Among Us’ lackluster second episode, I was further dismayed, and came into this review incredibly cautiously.

I apologize for ever doubting you, Telltale. “A House Divided” is fantastic, keeping the breakneck pace from the first episode while increasing tension and character development across the board.

Unlike the first episode, which centered primarily on setup, this episode brings back elements of Season One, while finally introducing 400 days’ connection to the main characters. As always, Melissa Hutchison leads the way as a tremendous Clementine, who, depending on your play-style, can begin to truly take Lee’s advice to heart and feel like a true leader in this group of survivors. Choices are murkier than before, and oftentimes the consequences are not as clear. For example, a late episode choice plays honesty against self-preservation, and the result of my choice struck me as a complete surprise, almost begging for a replay.

Many of the characters from the new Season Two clan started off incredibly one-dimensional. These new characters resembled specific archetypes, but most of them felt like little more than a rehash of Season One’s crew. We had a distrusting member, a father figure, a screw-up, and a devoted father, which reminded this player way too much of Larry, Lee, Ben, and Kenny. Thankfully, in Episode 2, these characters start to branch off in interesting and powerful ways, causing the new crew to be more interesting, and, dare I say, deeper than anyone from Season One.

Politics plays an important role in this episode, as factions begin to appear, vying for Clementine’s attention and loyalty. Depending on player choice, one can see clear bias in Clementine’s allegiance, but as always, this is a straightforward story, with set outcomes and character beats. Player input means little, but character beats are fascinating to watch, and compelling to experience. The introduction of a villain (played brilliantly by Reservoir Dogs’ Michael Madsen) adds some much needed tension to the episode, and throughout long points of the episode the tension gently boils beneath the surface, causing a sense of unease within this reviewer.

Puzzles take a backseat in this episode, and most of the walking sections are streamlined. The quicktime fights in this episode also seem far more forgiving, allowing a larger margin of error. My hands were not even on the keyboard when some of the events appeared, yet I did not die a single time this episode. Telltale obviously knows the pace that they want this season to go, and the episode sprints by, letting the plot advance quickly but naturally. The game plays a lot of its cards at this point, making reveals that I expected to be saved for at least another episode.

The climax of the episode may just be the most intense thing Telltale has created up to this point, putting every almost every character we’ve come to sympathize with in danger. Based on decisions made earlier in the game, characters may not even make it out of that situation alive. Clementine’s role as an adult in the group is solidified here, and helps us see how much she’s grown to reach this point. No longer is she the girl in the treehouse. Now people will actively come to her for guidance or instruction. The question is, as a player, can you handle that?

Visually, The Walking Dead is the same series as ever, using a cel-shaded style that fits more in-line with the comic series than the TV show. Character animations were a little stiff at times, but for the first time in the history of the series, the game had a stable frame-rate for me. Voice acting is top-notch across the board, and music sets the atmosphere perfectly without becoming distracting. If this episode is any indication, Telltale may just catch lightning twice.

"A House Divided" proves that The Walking Dead still has gas left in its engine. With exciting plot developments and stellar voice acting, people should begin getting on board, for the ride's only just beginning. 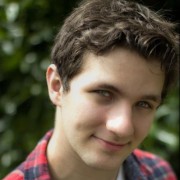