Space: The Final Frontier, one that has been thoroughly played out by games of the 4X genre. Does Horizon do enough to differentiate itself from the pack? Read on to find out.

Horizon is a 4X style space simulation where it is your goal to ultimately control the galaxy. If you’ve played a game such as Galactic Civilizations, you’ll be very familiar with this style of game. You pick a starting race and begin with a home planet, a few humble technologies and the goal of amassing your power throughout the stars via colonization and military might, if you so choose. If this sounds like a game you’ve played before, you’re right. And therein lies my biggest problem with Hoizon. You’ve done nearly everything in this game before and, likely, far better as well.

There’s nothing really “wrong,” with Horizon. It just doesn’t do enough to set itself apart from other games of the genre. The research and civilization building aspects of the game are functional enough. It allows for a variety of ways to build your empire and keep your race thriving. Unfortunately, to really dig into some of the more advanced features of the game, you have to wade through unpolished menu systems that wouldn’t look up-to-date nearly a decade ago. Horizon adds a few novel features, such as being able to control your units in turn based combat, however you still have to deal with an interface that doesn’t feel like it can handle the depth of play that the developers really wanted to deliver. 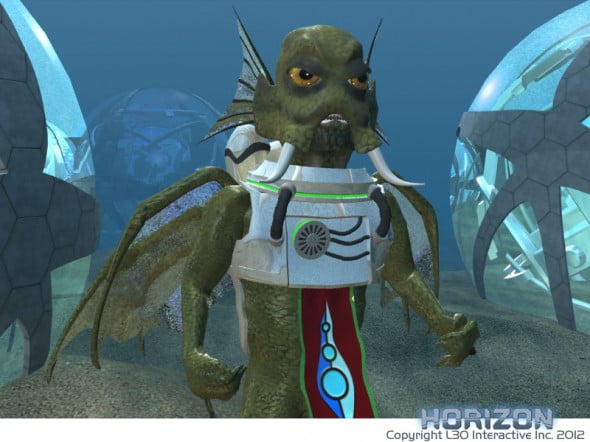 Aesthetically, Horizon is serviceable enough. The top down map of the galaxy is littered with stars and when you zoom down to the planet level you’re treated with rather colorful and detailed art of the planet itself overlayed with information you’ve discovered or details about the colony you have there. This isn’t the type of game that you play expecting vast environments and Next-Gen level graphics. All things considered, Horizon could be far less pleasing to the eye and be considered acceptable for the genre.

At the end of the day, 4X style games really rely on their interface and menu systems, and Horizon just isn’t quite up to genre standard. There’s nothing really wrong with Horizon, quite to the contrary it’s actually a perfectly acceptable game. My main gripe was, the entire duration of my review, I kept on getting the feeling that I was playing a not as polished version of Gal Civ or Masters of Orion. Those games can be had for far cheaper, and they’re also more complete. I feel like this is becoming an unfortunate trend in gaming today where I cannot recommend a game at a price point considering alternative options. Horizon is a good game and a valiant first effort for L30 Interactive, and I’m genuinely excited to see where they go from here. I just cannot honestly tell you that Horizon is worth the thirty dollar price point.

A serviceable first attempt into the 4X genre. Horizon lacks the polish to truly succeed in a genre that lives and dies by polish and interface functionality. Good but not great. 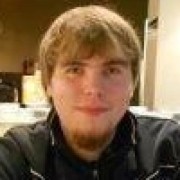 Zach lives in some purgatory between Seattle and Burien and has been gaming as early as he can remember.
Leave a Reply