In an unidentified future, a robot is sent into an abandoned office building to eat the remaining furniture. Only the security measures are still running. Turrets shooting lasers, drones seeking movement, and constantly shifting electrified walls still guard the defunct secret operations. The only evidence of what this company did are audio recordings on laptops, and they’re as random as the layout of the buildings.

Not the Robots is a procedurally generated stealth game with permadeath. If your little robot doesn’t make it out of one of the randomized rooms, it’s finished. You progress in the grand scheme of the game with experience points, new upgrades, and a bit of plot from a laptop if you’re lucky. The robots themselves are disposable. 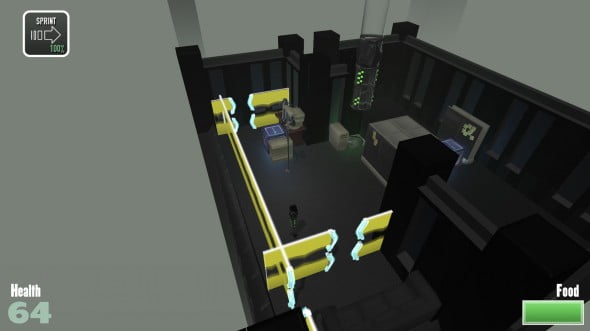 Each new building offers new challenges. In Building 1, you only have to deal with the laser turrets. Building 2 adds drones and Building 3 adds sequenced panels that must be depressed in order to unlock the exit. It only gets more complex from there.

Causing more chaos is the leveling system. There are 21 experience levels, each unlocking a new gameplay element. Some are great. Your robot can vacuum up new power upgrades that let you throw down blocks to hide from drones, tunnel through cubicle walls for a quicker route to the exit, or turn invisible to pass through rooms unnoticed. Other elements are bad. The security measures are expanded or the default difficulty goes automatically higher regardless of your preferences in the game menu. 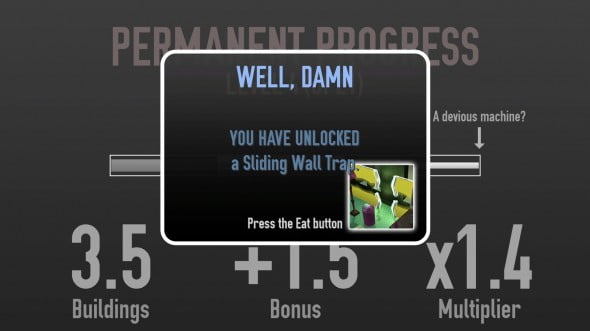 Not the Robots offers a great level of challenge that never gets frustrating. The procedurally generated rooms never repeat beyond gameplay elements (which security measures, puzzle style, etc.), so you can’t get caught up on a particular level design like in a Hotline Miami or Monaco-styled stealth game.

The action is also incredibly fast for the genre. Sure, you can find a nice cozy spot between a desk, a filing cabinet, and a monitor to hide in, but sooner or later you will have to make a mad dash across the office to absorb enough furniture to unlock the exit. It’s easy enough to eat everything in Building 1 when you just need to dodge some rotating lasers. Once the security measures are active and working against you, it’s a very different story.

Honestly, the biggest challenge of the game is the presentation. The robot controls are good—WASD to move, space to eat, shift to crouch, plus controller support—but the camera is a bit harder to deal with. You can rotate the room by moving the mouse, which gets the job done. It’s the angle of the camera itself that’s problematic. It’s low for a 3D stealth game. 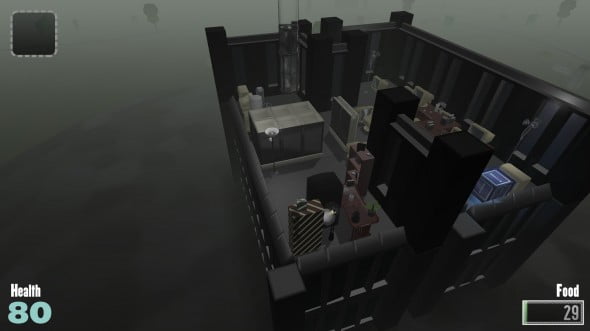 This genre, in its purest form, usually goes for top-down or sidescroller visuals for a reason: you can see the layout of the room. In Not the Robots, the angle above the action feels just a bit too slight, making it much more difficult than it should be to figure out where you are, where the enemies are, and the best route to take to achieve your goals. The camera doesn’t hurt the experience too much, but it certainly doesn’t make your life easier.

The camera angle also doesn’t help the sameness of the game. There is a story to unlock in Not the Robots. That story is pretty much procedurally generated. It’s word salad for a long time. There is no guarantee you will find a laptop on any playthrough. Some playthroughs will have a laptop in almost every room in every building; others times, you’ll go through many games before you find another solitary laptop. The voiceover work and scripts are engaging, but there’s not enough frequency to make uncovering the mystery of this abandoned building particularly rewarding. There’s a good reason games like BioShock intentionally place supplementary story elements: clarity. This game so commits to procedural generation that the story is unfocused and confusing.

And yet, something about Not the Robots will keep you coming back for more. You might fire up the game for a quick round here or there, or you might sit there for hours trying to get one building further in your quest to eat all the furniture. The replay value and novelty are high because of the skillful implementation of procedural generation. Stealth fans and anyone who likes a good challenge will be pleased.

Not the Robots is a very challenging game in a good way. You constantly have to adapt to new rules and new levels even when starting over after death. There are some design quirks that take some getting used to and the story presentation leaves something to be desired. Still, it’s hard to find games this challenging that still feel like you have a fair chance to succeed. 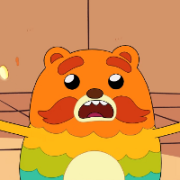