We all do it. Gamers love to sit around and cast their favorite video game characters for live-action movies. Most of the time, we simply rehash fan favorites (Nathan Fillion in EVERYTHING!), but I like to think a little further; a little more realistically. In this feature, I plan to think through a film further than the big-named actor attached, but also the director, writer(s), etc.

This time, I’ll be “making” what is arguably the most desired video game movie currently in development hell: Uncharted. So, without further ado… 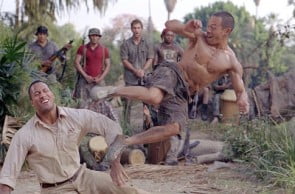 Peter Berg’s film career has admittedly been very hit-or-miss. Movies like Battleship are sure to turn fanboys off, but looking at the
hits of Berg’s career should put them at ease. Friday Night Lights and The Kingdom were both excellent and tense character pieces, which is integral to the success of an Uncharted movie. Additionally, Berg made one of the more underrated action films of the last ten years with The Rundown.The Rundown did a fantastic job of mixing humor with balls-to-the-walls action and was a huge kick-start for the career of Dwayne Johnson, otherwise known as The Rock (not to mention, the jungle scenery was gorgeous). The combination of Berg’s experience with character work and action-packed fun makes him a clear contender to direct an Uncharted film.

Pass on: Paul W.S. Anderson;  Uwe Boll; Christopher Nolan (I know, I know… but Uncharted needs to be light-hearted) 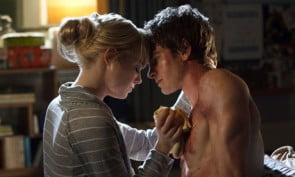 When I chose Vanderbilt, I was only aware of two writing credits: The Amazing  Spider-Man and Zodiac. It turns out Vanderbilt is a great choice beyond these  two fantastic films though thanks to his collaboration with Peter Berg on The  Rundown. It’s hugely important that writers and directors have proven  themselves to be compatible together. Two of Vanderbilt’s other films, White  House Down and The Losers, offer up great examples of comedy and action  blending well, again something that will lend itself well to an Uncharted film.  Tonally, Uncharted should land somewhere between both The  Rundown and The Amazing Spider-Man, perhaps slightly less goofy than some  of The Rundown‘s wackier scenes (hallucinogenic fruits anyone?) and more in  line with The Amazing Spider-Man‘s more heartfelt scenes.

Sticking to the plot of the video game might initially seem like the right move, but ultimately is unnecessary. Naughty Dog did an excellent job at creating an experience that felt like an interactive movie and sticking too closely to the plot of the game will ultimately draw too many direct comparisons and cause all sorts of problems.

Nathan Drake and Sully should be at the heart of the film along with Elena Fisher. Just like the game, the film should follow Drake and company as they search for Sir Francis Drake’s mysterious lost ci 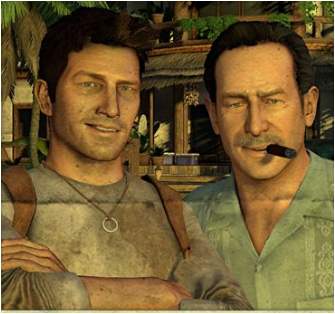 ty of gold, El Dorado. A heavy emphasis should certainly be placed on the fact that Nathan is related to Sir Francis and is constantly in the massive shadow of his success as an explorer. I like the idea of exploring the theme of exploration in a world that has been completely explored. Drake should feel like a character born in the wrong century; someone who was meant to find more in the world than what he is capable of. This ultimately creates a tension in the character that he is unable to reach his full potential and he is constantly seeking out the thrill of exploration, regardless of the fact that it puts his life in danger by pirates and rogues throughout the jungle. This tension will build in future installments as Nathan and Elena’s relationship grows more serious, yet more strained as Nathan refuses to settle down (this was probably my favorite aspect of the third game).

I say drop all supernatural elements from the game. Keep the old-Nazi experiments and skeletons, but there’s no need for monsters in the jungle. It’s already treacherous enough.

Full disclosure: Giacchino is without a doubt my favorite contemporary composer. I know that he’s essentially J.J. Abrams go-to guy (his work on Lost, Mission: Impossible 3, and Super 8 is truly fantastic), but my favorite pieces are the ones he did for Pixar. His work in Up especially keeps with themes similar to Uncharted. There’s a good deal of fun in Giacchino’s work, but also an emotional impact that will become more familiar with fans of Uncharted as the series progresses and Nathan becomes more and more desperate for adventure. 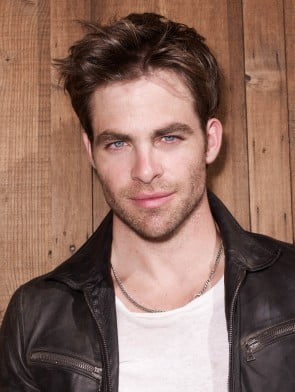 Oh boy, what a tough character to cast! A character like Nathan Drake is so well personified by voice-actor Nolan North, it’s tough to imagine anyone else taking over the role. But North is far too old, especially considering the franchise potential of a movie like Uncharted and is nowhere near famous enough to slap his face on the poster. And before you leave comments about Nathan Fillion… I get it, we love Firefly, but like North, Fillion is just far too old (and out of shape at this point) to carry this franchise. That’s why I went with these other, younger guys.

I understand that Bradley Cooper and Chris Pine have been fan favorites for a while, and I totally and completely agree and
understand those choices. Both are handsome and cool; men want to be them, women want to be with them, and all that jazz. They’re also both really great actors who balance charisma and charm equally with bad-ass attitudes. Chris Pine especially seems well-fitted for the role as he’s likely looking to further cement himself into pop-culture with another iconic role (hell, Harrison Ford had at least two, and it’s clear to me that Pine is following Ford’s lead). Drake seems like a great fit for Pine.

The outlier in my suggestions is obviously Seann William Scott. Known mostly for his comedic roles, Scott would benefit the most from a big budget action film. He’s also had experience working with my suggested director in… you guessed it, The Rundown. If you’re noticing a pattern here, it’s for a reason. The Rundown is a really great adventure film, and Uncharted could do itself some serious favors by following it’s lead. Scott would make a great Drake (though the outcry from fans would surely rival Batfleck), and any doubters should watch two films: The Rundown (for his action capabilities) and Goon (for his acting capabilities). Either way, all three choices would be fantastic. My only concern with Seann William Scott is that I question if he’s capably of carrying a film of this scope.

I think I’m most proud of this suggestion, as I don’t think I’ve seen it anywhere, but Jeff Bridges is… well, 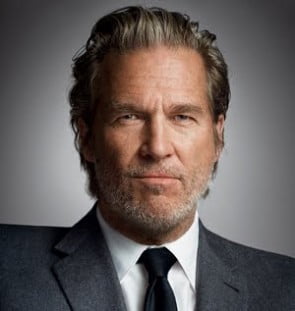 Jeff f***ing Bridges! Bridges certainly has the acting chops to deal with some of Sully’s meatier, more emotional scenes while also maintaining the fun-Uncle vibe that fans of Uncharted love. Also, did I mention he’s Jeff Bridges?

Sully will likely receive second billing, so choosing an actor like Bridges (who rarely carries a movie single-handedly – though surely he could) allows the younger actor chosen for Drake to really soak up the limelight and shine. Despite how awful R.I.P.D. was, there’s little denying that Bridges carried most of the weight in that film.

I choose Kate Bosworth, but really there are several actresses that could fill this role beautifully.

Elena needs to be someone that women can look to as a role model. She’s smart; she’s sassy; she’s beautiful; she can hang with the guys. Kate Bosworth is in need of another big hit, and Uncharted could certainly be it. Other actresses that I leaned heavily towards though were Blake Lively, Amanda Seyfried, and Rachel McAdams. Kate Bosworth is 30, which seems the perfect age for the role (McAdams is actually slightly older than Bosworth, which I like a lot). My fear is that Hollywood will attempt to cast someone too young for this role (and would be cheaper to cast) like Emma Roberts (a fine actress, no doubt, but simply too young for the role). 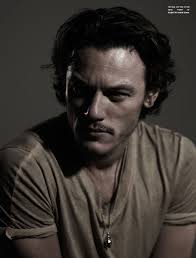 My initial instinct was to choose an actor like Willem Dafoe, mostly because he makes such great villains,  but ultimately I chose Evans for one reason. He won’t steal the show. The first movie in the series really  needs to establish Drake as the character to watch. The central conflict should be less villain motivated, and  more set piece motivated. Allow the tone of Uncharted to breathe before injecting it with nefarious villains. I  thought James Vanderbilt’s script for The Amazing Spider-Man did a great job of this. Peter Parker was the  star, while Lizard was clearly just a plot mover. Also, look to Nolan’s Batman trilogy. The first film’s villain was  fine, but it was Batman’s show. The sequel though was all about the villain, and that’s the key to a  successful Uncharted series. The sequel can have a Willem Dafoe type of character, but for now, lets keep  Luke Evans, who proved a good villain in this summer’s Fast and Furious 6. 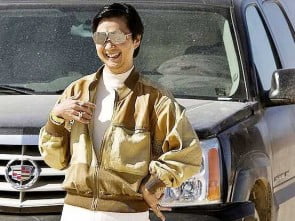 Sigh… okay. I think I’ll need to explain this one a bit. Eddie was a villain that never felt that dangerous, and that’s a good thing because it helped lighten the mood of Uncharted as a whole. In my movie, I say lets take that character a step further. Lets have him be downright funny, and let Atoq do all the heavy villain lifting. That said, Jeong proved to be a pretty good bad guy in the Hangover trilogy, and his presence in Uncharted would surely help to make the film feel like lighter fare.

Other things to consider:

Film or Digital?: Film. I want this film to have a very Indiana Jones feel to it, and sticking with film will help it retain it’s pulpy feel.

3D?: Not this time. I’m not against it’s use, but lets try to keep the budget down slightly and not put extra-effort into 3D (though Sony will likely disagree with this sentiment).

IMAX?: Again, not necessary for this one. I think with the likely darker tone of the sequels, a bigger scope might feel more at home, but this time out, lets keep things grounded and personal.

CGI vs. Practical?: I almost always encourage practical effects. That’s still the case here. I think the budget of this Uncharted movie can remain pretty modest ($50-60 million seems very reasonable) and the smaller scope of the stunts should allow the movie to be mostly practical. However, using CGI to create beautiful backdrops would be welcome.

Release Date: March 2016 – the Summer of 2015 is fast approaching and VERY crowded. Lets kick it in Hollywood’s new favorite time of the year and aim for a Spring Break hit. Following the success of the first film, the sequel can make it’s mark over Memorial Day weekend two or three years later.

Anything else?: Not really! I think if we aim to keep the first story as a standalone experience and make decisions from there in regards to sequels, we’d be better off. Look at A New Hope versus Empire Strikes Back. Empire clearly is part of a much larger plan, while A New Hope can be watched alone. I like that about that film and would like to see that happen with Uncharted.

Thanks for sticking with me on this one! I know it’s long, but I have a lot of fun doing this. Feel free to leave suggestions for future features in the comments and let me know how awful (or great) my choices were!