[Disclaimer – Since this is an opinion piece, these opinions are my own, and are not necessarily shared by the other writers at GIZORAMA. Thankfully, GIZORAMA gives me a chance to share my thoughts and hopefully have a positive impact on the games industry, something I am forever grateful for. My opinions have also not been influenced by that one time Tim Schafer favourited a Tweet I made]

As of writing, it is October 15th, and GamerGate has officially seen gamers and this industry at its worst. I’ve seen some pretty awful things happen to good people in the games industry over the years, but threats of terrorism are a new low. Before you jump down my throat and accuse me of being unethical or “bias” (FYI, one person cannot represent the concept of “bias” – biased is the word you are looking for), I’d first like to state that this article will not be about harassment, misogyny or any of the other vile things we’ve witnessed as our medium has slowly warped into a wretched hive of scum and villainy. Rather, I’d like to address the notion that ideologies, politics and biases are inherently “corrupt”, and that they have no place in games media. 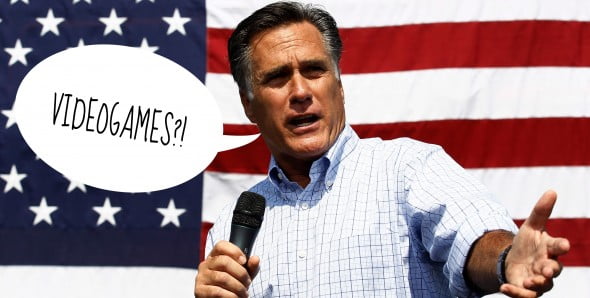 When this whole thing started, I posted an opinion piece informing readers of The Sarkeesian Effect, a silly little Patreon project attacking socially responsible games media people under the false guise of anti-corruption/pro-ethics in games journalism. It’s officially the most commented on post on this site, and I was originally prepared to indulge some of these commenters and fight my corner, since it was clear that there are folks who are genuinely concerned with games press being secretive and dishonest. That is, I tried, until I was faced with comments like:

Rape threats are generally harmless, as long as they’re repeated.

Have you found a penis yet? How’s the vagina working out for you, mangina?

The final straw was when I was called a “racist” for commenting that the two white men funding The Sarkeesian Effect were dressed in a similar manner to that of modern film re-imaginings of The Devil. I’m not sure what planet these people live on, but I don’t think anyone from Earth has ever defined racism as the above. Still, these comments, as vitriolic and maddening as they were, gave me a peek into the abyss that is GamerGate. Other than the obvious, my main take-away was the idea that so many GamerGate supporters believe that left-wing ideologies have no place in games media, or that said ideologies are so ubiquitous that they’ve become the “canon” of games media. Most comments pertaining to this were in response to the idea put forth by myself and many that only left wing, “SJW” (blergh) people were being targeted by harassment. Typical to the roundabout of facts and opinions that GamerGate has become, said response was essentially: “Left-wing journalists were targeted because their political opinions are the only ones on offer, which we see as a form of corruption. We want these people taken down so we can see more “objective” games journalism that isn’t tinged with the ideologies of individuals/companies”. 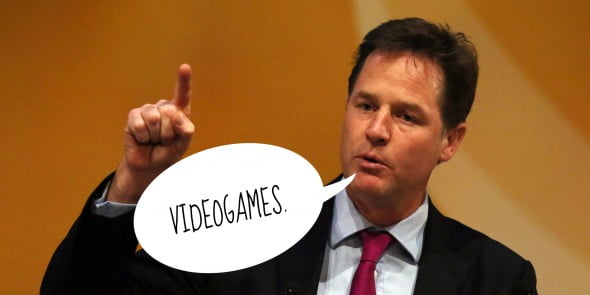 On the surface, there’s some sanity to this, but if you dig a little deeper things become a little complex and unhinged. First of all, let’s check out some definitions. For a simple, every-man, Wikipedia definition of “ideology” we get this: An ideology is a set of conscious and/or unconscious ideas which constitute one’s goals, expectations, and actions. Simply put, ideologies are like arse-holes – everybody’s got one, even if they don’t like to think about it. Ideologies are a fact of life, both on a personal, political and corporate level. Companies like FOX and The Guardian have ideologies – very different ones – and this means that the way they conduct business has an effect on the world. We can disagree with the ideologies of both of these companies (I know I have), but we generally allow them to conduct their business because they aren’t causing immediate psychological or physical harm to people (okay sometimes FOX is).

This is where the GamerGate movement differs, if not in its intent, then in its proposed outcome. By causing the harassment/endangerment of several people, and now a school, their ideology has gone from “disagreeable” (ergo okay to exist in the world) to downright toxic in the same vein as actual terrorism, crime, and bullying. When a kid bullies another kid because he wants his chocolate muffin, we don’t hear them out, we say: “No stop bullying that other kid”. 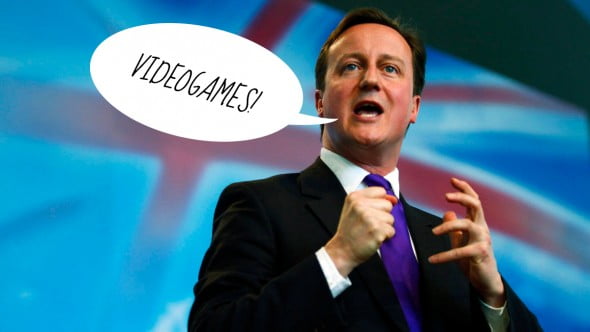 If we take this further into the realms of media studies, a hegemonic ideology is an all encompassing ideology that has transcended debate and become a sort of normative, socially agreed upon collective consciousness. In 2014 in the Western world, the majority of people think racism is bad, slavery was/is bad and that Hitler sucked. These are hegemonic because pretty much everyone agrees with them, although at one time or another, not everybody did. I’d like to think most people are in favour of LGBT rights, and in many places LGBT support is hegemonic, but not everywhere. If we apply this to gaming, or more appropriately, games press and gamer culture, most people who write for gaming outlets are of the opinion that diversity is important and necessary for games to grow as a medium and a culture. These writers write about said beliefs because it’s important to them that, in their eyes, they actively try to help the medium they love so much. They then get called “corrupt” and “biased” for not sharing “the other side”. Of course they’re biased, that’s what an opinion is.

I can understand wanting more conservative viewpoints and/or gaming outlets sharing their two cents, so long as that two cents isn’t covered in bile. I’d almost certainly disagree with it, but diversity is diversity, and people can analyse/criticise games from a conservative perspective too. As I alluded to before though, creative types tend to verge heavily onto the liberal side of the political spectrum, at least where social issues are concerned. There’s no huge conspiracy wherein journalists want to hide some “missing truth” from you, they probably all just got sick of bigotry after the 50th time they were called “whore” or “faggot” in high school, and as such they’d rather expose the awful sides of GamerGate than discuss the tiny bit of positivity it’s supposed to stand for. 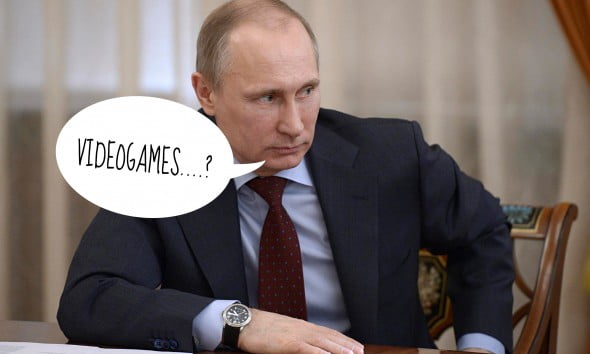 So let’s be clear. It’s impossible for an opinion piece to be unbiased – if you don’t agree with the politics of an outlet or writer, there are other sites like IGN and GameInformer that generally stick to plain games criticism and news. It is also impossible for a review to be unbiased; a review is literally someone expressing their opinions on a game, and if they make statements like “X game looks horrible” as one would state a fact, it’s because they believe that you are intelligent enough to know that a review is somebody’s opinion. If you’re pissed because a writer is injecting feminism, Marxism or any other school of criticism into their reviews, then I’m sorry, but they are well within their rights to do that. Again, there are plenty of other outlets that will simply tell you if a game is “good” or not.

Now, I can understand wanting more objectivity within gaming news reporting. Real news outlets always try to stay objective and leave behind their ideologies, although I’d argue that they rarely succeed. I, and a lot of other writers, generally shy away from or hate writing news pieces, because they can often feel like simple press releases. I often inject opinions into news pieces along the lines of “this sounds pretty cool”, or “I’m not really feeling this”, but only because that’s the sort of games writing I grew up with and enjoy the most. 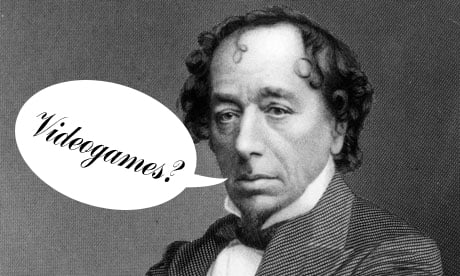 The real problem here is the blurred lines between games critic and games journalist. As a form of hobbyist journalism, games journalism is effectively made up of passionate gamers writing about the stuff they love. In this regard it is nothing like real journalism, and is much closer to film coverage or Angler’s World. Most reputable film critics aren’t posting trailers for new movies by Christopher Nolan, because their time is taken up by watching and critiquing films. Why is this different in games media? Why are games critics spending valuable review time telling you that there’s a new Borderlands game?

So if what you’re after is more “objective” games journalism, there are places that will tell you what games exist and when they are coming out. There are places that will tell you if they like a game; if its graphics are nice and if its controls are tight. There are also places that will tell you Skullgirls is sexist and they didn’t like it for that very reason (not me, I loved Skullgirls). That’s okay though. You might not agree with them, and you’re welcome to ignore them, but they’re well within their rights to express those opinions. Upending the entire press industry and replacing them with right-wing, old guard critics is something that will not happen, and will damage games criticism at large.

It’s become clear that journalists and gamers are really on the same page with regards to ethics and actual corruption. Being paid off for review scores is terrible, and I don’t know a single writer that would sacrifice their career for the sake of a Twitter follow or fifty bucks. Corruption is terrible for any industry, and it’s beneficial for journalists above anyone else to want it eradicated. Expressing ideologies, however, is not a form of corruption, it is the basic foundation for criticism and debate that keeps the world turning, and keeps our brains from turning to mush. As long as your opinions aren’t actively harming people, they’ll always be welcome in gamer culture.

Liam is a writer from the UK. He is currently pursuing his childhood dream of become a professional wrestler, by constantly wrestling with his deteriorating mental health.
Show 13 comments