This article contains spoilers for BioShock and BioShock Infinite, but they’ve been out for ages so go play them now (chances are if you’re reading this you’ve already played them anyway).

Last week we heard the unfortunate and somewhat sudden news that Ken Levine, triple-A auteur and creator of the BioShock franchise, is downsizing his current team at Irrational Games and ending the company’s existence as a large development team. Levine wants to make smaller, more personal games, and is continuing with a team of about fifteen former Irrational developers. It’s a terrible shame to see so many talented individuals hit with lay-offs, seemingly because of one man’s desire to change his career path, but I can understand the move on Levine’s part, and I hope those left unemployed after this change find employment soon. Many writers and pundits have analysed this move and what it means to the industry, but that’s not what I want to discuss.

See, all this talk of Irrational has got me thinking about BioShock as a series and a franchise. I love BioShock and BioShock Infinite. I see them as distinctive bookmarks to cap the beginning and end of the seventh console generation. BioShock set the bar for shooters and story based games that would appear on PC, Xbox 360 and PS3 for years to come, and Infinite stepped up once again to deliver another wonderfully glossy slice of twists, turns and mechanical monstrosities to set the bar once more for the PS4 and Xbox One. Hell, I even wrote (or gushed) a piece about how BioShock Infinite reminded me of the first time I saw Star Wars, it had such an immediate impact on me. True enough, the BioShock series really made it clear that intense gun-play and a dark and (dare I say) “mature” storyline can go hand in hand, and paved the way for other brilliant, AAA narrative driven action games like The Last of Us and  Spec Ops: The Line. Like any great work of art, it’s pretty easy to hold the BioShock series up as untouchable, flawless even, in the odd hope that the games industry can have its very own Citizen Kane or 1984. I like to call this The BioShock Effect. 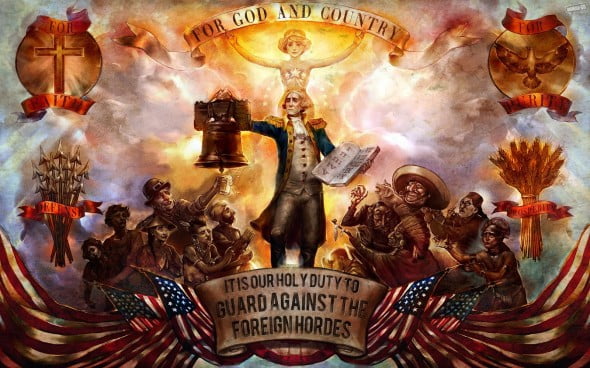 This is what’s been bugging me for a while. As much as it effectively received unanimous critical acclaim and was adored by legions of fans, there were many just and unjust criticisms levelled at BioShock Infinite. Be they qualms with the game’s combat or with its fairly loopy story, these criticisms ranged from pretty much spot on to those that could simply be filed under “personal taste”. There’s nothing wrong with that, of course – people like what they like, but what came up so often in these criticisms was the notion that people had seemingly accepted that the original BioShock was a perfect and flawless masterpiece of interactive entertainment, while Infinite was its disfigured and problematic cousin, an unfortunate protégé to its “perfection”. This is not so – for BioShock is similarly flawed.

The most common criticism levelled at Infinite is regarding its perceived “ludonarrative dissonance”. If you’re unfamiliar with the term (where were you in April last year), it is used to describe moments in a game wherein story and gameplay are conflicted or at odds with each other. People were quick to point out that Infinite’s attempt at a personal and touching story about two people was instantly at odds with its continuous graphic violence. It’s a fair point, though I (and others) would argue that the game’s overblown violence was necessary to communicate the sheer level of hysteria and sadism present in Columbia. It’s a violent place, Booker is a violent man, therefore a decent amount of violence should be expected. However, I would have to agree that the non-violent exploration to combat sequence ratio definitely became a little unbalanced. Many people’s favourite part of Infinite was the opening hour or so, when Booker is discovering and exploring Columbia for the first time. Had there been more sequences like this, the game’s violent excursions might have been overlooked. 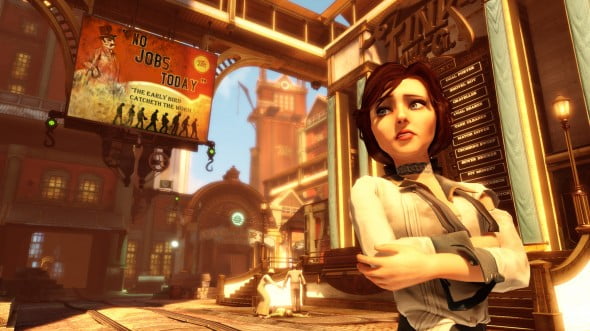 The idea that the original BioShock is free of these flaws is absurd though. Let’s not forget, the term “ludonarrative dissonance” was first coined to describe BioShock. People were quick to decry Booker DeWitt as a man who simply chose to shoot through hordes of enemies without a second thought, but let’s remember that BioShock featured a protagonist who arrived in a dangerous underwater city, and immediately decided to inject himself with strange coloured syringes. One can’t even argue that Atlas made him do it through his “would-you-kindly” mind control, he really does just see a syringe and start shooting up. Elsewhere, the game also shuns any real character development (either for Jack or the people around him) in favour of an inevitable twist ending. I understand that we weren’t supposed to see Atlas because it would ruin the twist, and that Jack’s silence was supposedly a facet of his brainwashing, but the whole thing just felt so impersonal. Where Booker DeWitt had goals and motivations, Jack is simply a faceless, and voiceless mannequin. If a man chooses, and a slave obeys, Booker DeWitt is certainly the former.

I’m not trying to rub dirt in either game’s face, I’m not even really trying to level the playing field. In fact, this piece isn’t even really about BioShock. The same “BioShock Effect” can be found in The Last of Us or even The Walking Dead Game. Both wonderful games, with quality narrative arcs nearly unparalleled in the AAA games industry. Both still flawed games, both still two of my recent favourites. People rushed to call The Last of Us the “perfect game”, and others were quick to fire criticism back. 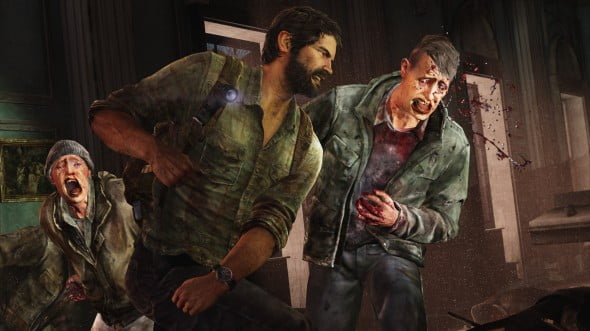 What we need to remember as a collective group of “gamers”, is that it’s okay to be imperfect. BioShock is a wonderful examination of choice in videogames, and its underwater dystopia and rich rogues gallery hasn’t been improved upon in the last six years. BioShock Infinite bought a sense of personality and camaraderie to the once solitary series, trading out horror and darkness for the juxtaposition of an attractive utopian setting against its more sinister and deadly ideals. The Last of Us is at all times heart-warming and heartbreaking, and manages to find a sense of beauty and wonder in an otherwise loveless and desolate world. It also had far too many ladder puzzles to fill for time.

Pointing out these flaws doesn’t make these games any less important, in fact it highlights their importance. Nobody analyses Barbie Dreamhouse Party or Ride to Hell: Retribution in this much detail, because, to be frank, a turd is a turd – there’s nothing much to analyse. The BioShocks of the world are scrutinized and picked apart so much because they matter. They do so much to progress the industry that it’s often easy to pick out what doesn’t work about them, purely in the name of further progress. 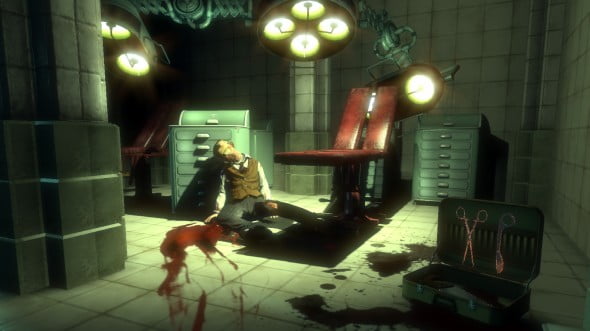 These minor criticisms should also never be a “deal breaker” for anyone. If you stopped playing BioShock Infinite because Booker rummaged through some bins and found a pineapple, then it surprises me that you’ve ever enjoyed a game in your life. Games or full of these petty little inconsistencies, but to only focus on them would be to miss out on all the great aspects they also contain.

The answer lies somewhere in between. We need to take the major good with the minor bad, and see that criticism of something we love isn’t a bad thing. We should be able to criticize the things we love in the hope that they’ll get better.  When someone calls out your favourite game because they didn’t like this or that aspect, try to take the criticism as a positive instead of rearing up and spitting defensive vitriol back at them. Art is never perfect. If we found perfection, we’d simply cease to create art.