Kart Racers. Mascot Racers. Everyone’s played one, and everyone has a favorite character in one. I will never forget growing up on Mario Kart and making my dad play me on Rainbow Road, 150cc, just so I could beat him and show him who’s boss. I always picked Luigi. He always picked Bowser, knowing full well how much I hated Bowser. Even recently, I found myself playing Mario Kart (Nintendo 64, duh) with a group of friends, yelling at the TV like it’s the final match at EVO. Kart Racers will always hold a special place in my coming of age quest as a gamer, and I’d like to share with you my personal top five Mascot Racers. Get ready for a heaping helping of nostalgia.

#5. Sonic and All Stars Racing: Transformed

Sonic & All Stars Racing: Transformed is actually the newest one that I’ve played on this list. I figured I would give it a chance just because I love Kart Racing. I was immediately surprised at how fluid and tight the racing was. In fact, I was actually just surprised it was a good Sonic game (Because it’s a SONIC GAME). With so many characters from Sega’s different worlds such as Golden Axe, Jet Set Radio, and even After Burner and so many diverse game modes to choose from, I found myself really enjoying this one. I mean really enjoying it. I’ll probably be playing Sonic & All Stars Racing: Transformed for a very long time. Shout out to Ralph from Wreck it Ralph taking a character slot in this one. Right in the feels.

Remember this gem? This one was awesome back in the day. Everyone worth their salt knows throwing all of your mascots in one kart racing game was the thing to do after the immense success of Mario Kart. The 90s were awesome. Diddy Kong Racing on the Nintendo 64 hosted a wide variety of Nintendo’s characters, along with some Rare characters as well (Banjo and Conker). While the actual driving was a bit spotty, it featured an open world system that allowed you to take on events as you chose. I remember it being quite challenging as well, making me throw my controller at my dad quite a few times.

This one was an interesting pick. I almost didn’t put it on the list because of the issues the game suffered from, but this is my list and you can’t control me, dad. Look, I’m a huge fan of the Crash Bandicoot series (RIP). When I put this game into my old, beaten, destroyed PlayStation 2 I freaked out to find they added 5 original characters just for the game. I enjoyed the racing controls, and the music was catchy. I can still faithfully recite a few level themes if inebriated. The loading screens were a massive pain, but I can forgive that just because of how much fun Crash Tag Team Racing was to play. I know it’s a bit late to tell you to play, but if you ever get an older generation console and a buddy in a room together, give this game a shot.

This game was insanely difficult. That’s most of how I remember it. But it was one of the best “Kart” racers I’ve played. Some of you may have forgotten about the gem of a racer that is Jak X: Combat Racing. Sporting insanely awesome vehicles and tight customization, Jak X: Combat Racing was an intuitive and remarkable racer that showcased that not all mascot racers have to be cute and cuddly. It also had a dark, gritty story behind it, giving it an edge over the competition in that respect. But seriously, back to the difficulty of the game. It had me throwing my controller at my dad again just because of how precise your turning and boosts had to be. One mistake, and it set you back in last place. That’s not a joke. If you decide to revisit this great racer, warn your dad of incoming controller projectiles. But seriously, look at Jak’s car. Look at how awesome it is!

Mario Kart 64, because of course! What else did you expect to land in the number one spot on this article? With an amazing array of levels, items, characters, and long lost Saturday mornings, Mario Kart 64 holds the title to this day of best Kart Racer ever. Rainbow Road? Donut Plains? Koopa Beach? The giant pain in the rectum that was Bowser’s Castle? These are levels that are hard to forget even 15 years later. Mario Kart 64 did it best. Imagine turning on your dusty Nintendo 64 right now and loading this up. How difficult would it be to resist the pure temptation of calling your dad into the room and having a go? The urge would be too strong. This exceptional Kart Racer featured some of the best multiplayer the Nintendo 64 carried, with 4 player split-screen that could turn any living room into a UFC cage match with the launch of just one blue shell. 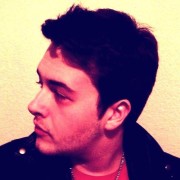