Turtle Rock Studios has announced that all additional DLC for their team-based FPS, Evolve, will be made free for public consumption.

“The first thing we said is we can’t break the community up. All of our maps will be free” said Creative Director Phil Robb in an interview with IGN, “we never want anyone to get booted off a server because they haven’t bought something. That sucks.”

Turtle Rock Studios has announced plans to continually support Evolve after its release, adding not only the free maps, but also new playable hunters and monsters (that will be purchasable) along the way. 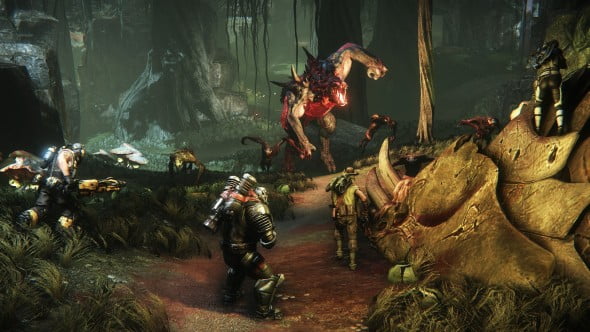 Open beta for Evolve beings next month, and the game is set to release on February 10, 2015 for the Xbox One, PS4, and PC