If you weren’t in on Blizzard’s open and closed beta testing, then odds are still high that you are one of the 10 million Battle.net users who have played the online collectible card game Hearthstone: Heroes of Warcraft since its March debut. Maybe you’ve even played me–its not unlikely since I’m at it so hard you might think I’m Flux Pavillion. (That is to say, I can’t stop.) If you’ve been playing for much longer than March, there’s a good, solid chance that you’re ready for some new content. That’s why players are excited to learn about the single-player expansion, The Curse of Naxxramas.

This expansion, first announced at 2014’s PAX East, is due out sometime in the summer of 2014.  Details about the expansion have been largely kept under wraps…until now. Feast your eyes, fellow collectors:  new, fresh and as-of-yet-unreleased screenshots! These images, posted on a Hearthstone subreddit, offer a glimpse as to what players might be able to expect from the massive dungeon battleground.

Hearthstone’s inaugural single player campaign, as the name suggests, is set in the Scourge Naxxramas, regarded as the most difficult pre-Burning Crusade in the arena’s vanilla debut. Every area in Hearthstone’s Naxxramas will headline a different boss, each with a unique and original hero power which falls in line with the character’s history in the World of Warcraft. Like the bulk of the game itself, the interface looks very menu-heavy. An adventure in five parts, each mission represents one of the vanilla raids of World of Warcraft and Wow Wrath of the Lich King (the latter of which matches names and areas already referenced in Hearthstone‘s expansion). This version was chosen because of the high incidence of boss battles in the raid, opening the adventure up to further expansions down the line. 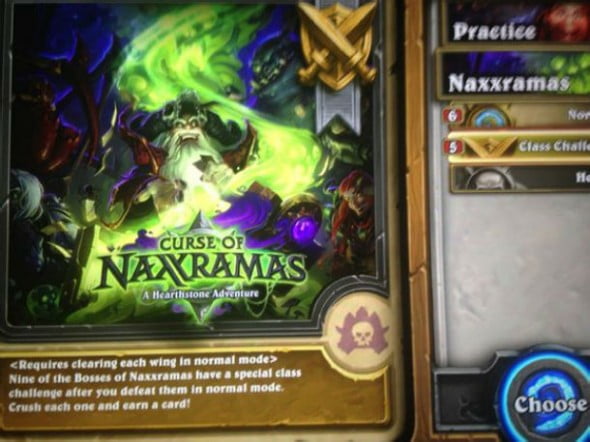 Naxxramas was chosen as Hearthstone‘s first adventure because it is one of the more well known raids from both vanilla and Wrath of the Lich King World of Warcraft. It was also chosen because of the large number of bosses the arena featured, making it well-suited for adaptation as a sprawling adventure. It is guessed that these themed enterprises reflect definite plans to expand Hearthstone as a complimentary overlap of World of Warcraft‘s history. 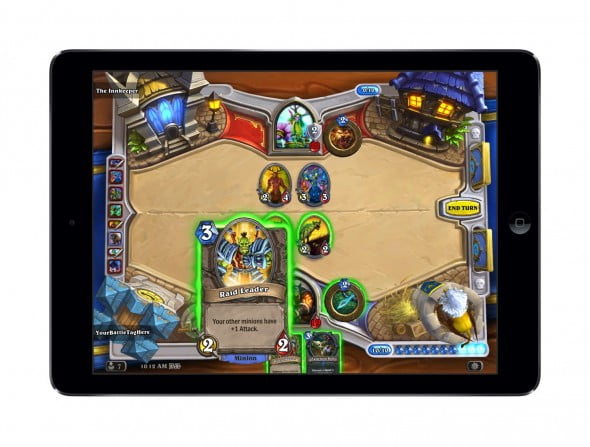 In this forthcoming expansion, single players will have the opportunity to earn cards by battling against A.I. challengers. Imagine a more souped up version of the game’s tutorial system.The cards earned in these matches may be used in any game mode. 21 of the cards earned will be class-neutral. 15 cards will be earned by completing boss battles in Naxxramas, and an additional 9 cards will be earned by completing class challenges, and five will be earned for completing wings of the quest. If you were counting, you know that that’s only 29 cards. The last card, it is postulated, will be awarded for earning all other cards, or for completing a special challenge. Completion of a wing grants players a guaranteed legendary card. Many of these cards, so far, appear to come with a death rattle rider. 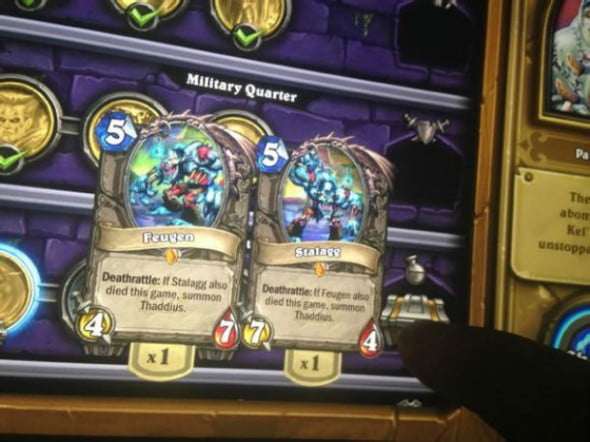 The first and last wings of the Naxxaramas adventure will be free. Others, like challenges in the Arena, must be bought using gold or actual physical monies. The cost of these wings has not been reported, either. The last wing can only be completed after beating the first four, and the entire expansion/wings are scheduled to be released at the pace of one a week. 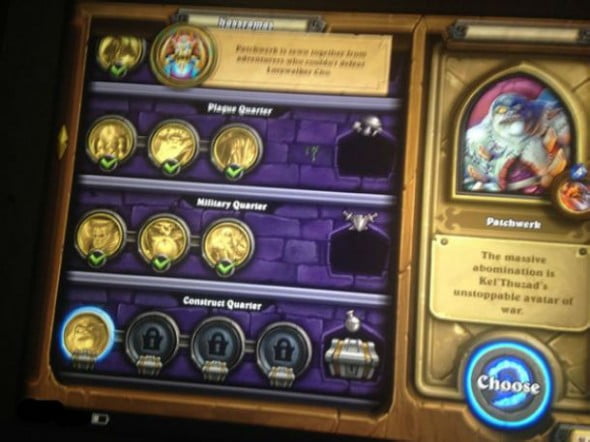 Blizzard does not substantiate speculation, and so no comment has been released either confirming or denying that these shots are actually linked to the expansion. The developer has, however, been revealing new class specific cards regularly (every seven days, it appears). And these photos certainly look as if they were taken in stealth… or by someone with low blood sugar and a mild case of the shakes. 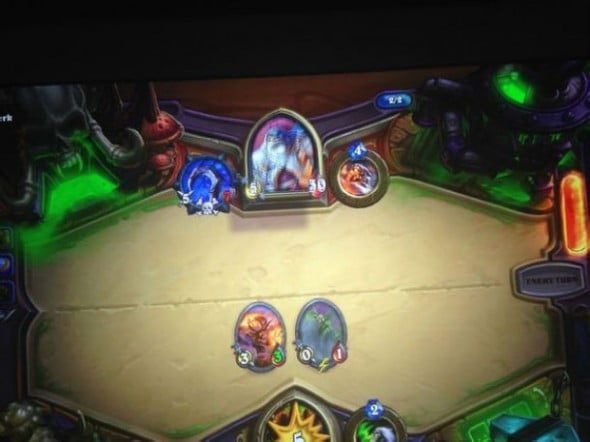 Also something to look forward to, for those interested in committing even more of his or her free time to the Heroes of Warcraft, is the 2014 release of a Heartstone app for the iPhone and Android marketplace.