The Unreal Engine 4 by Epic has been available to the development world for the last 5 months but very little has been seen of it’s full capabilities. That is, until a user know as “Koola” on the UE forum posted a few screen shots and short videos of his indoor and outdoor architecture rendering.

To say the outcome is outstanding is an understatement; These are the most realistic CGI I have ever seen.

Just take a look for yourself.

It obviously helps that these are static environments with no complex moving characters or objects but this power is sure to be seen in-game sooner, rather than later. 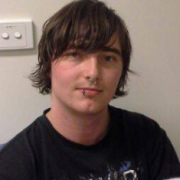 Daniel grew up in the south eastern suburbs of Melbourne, Australia. He lives to game, enjoying RTS and TBS above everything else.
Leave a Reply