These are the first words you hear when booting up Blue Mammoth Games’ 2-D platform fighter, and they definitely set the stage for the over-the-top brawling adventure that is Brawlhalla. You are one of twelve fighters in a never ending-competition for mead, glory, and the right to bash someone’s face in. And even though Brawlhalla is still being beta tested, it is a good, albeit not perfect, substitution for what a Nintendo-less lover of Super Smash Bros. could want.

In fact, the layout of each match mirrors Super Smash almost perfectly, with only a few slight variations. Instead of starting the match already on the map and standing ready to fight, you and frenemies are dropped off by your own personal Valhalla steeds, which look like futuristic seahorses. You get a 3, 2, 1 countdown and all hell breaks loose.

The fighting is exactly like Super Smash. You have light and heavy attacks and you can jump and run around on the platform. The jumping is a little more forgiving in Brawlhalla, as you can actually skip up walls if you time your jumps well enough. This is great if you’re the one falling, but not so much if you’re the one trying to knock people off the ledges and score points. The fighting itself is pretty basic as you punch and kick your way to victory with one of twelve characters. Even though there are twelve very distinct looking characters to choose from (pirate, ninja, knight, Martian, etc.), the moves that these characters have differ little, if at all.

What really shines in the game are the items. You have your standard fare of mines that you throw and stick to enemies. Then you have bouncy bombs which, when thrown, bounce until they hit someone and then blow up. There’s also a spike ball, which functions sort of like the green turtle shell in Super Smash, but with the added twist that if you time it right you can catch someone’s thrown spike ball and throw it back at their face. This is both unexpected and hilarious. Then there’s the war horn, which is my personal favorite. Using the war horn not only lets out a vicious explosion of sound, but also calls in your seahorse steed, which fires horizontally across the screen from wherever you activated the horn, hitting all of the enemies who were too slow to jump out of the way. Then there are the neutral items which everyone uses. There are, however, special weapon items that change depending on which character picks them up. Each character has two different items that can be activated. Thatch, the pirate captain, has the chance to pick up a pair of devious flintlock pistols or a cutlass. Sentinel, a cyborg, could pick up a pair of daggers or a giant hammer. Sir Roland, a knight, can have a regular longsword or a massive rocket lance, which can launch him across the map, piercing all in his way. It is with these items that Brawlhalla really comes alive with characters running and jumping, shooting and slashing, and taunting and smashing their way into the annals of brawling.

There are five different choices of game mode to choose from: Arcade, Local, Online, Custom Online, and Training. Training is exactly like Super Smash Bros. training, where the NPC just stands there like a docile animal and takes every form of beating you decide to dish out while learning your characters moves. Local is of course on your LAN network. Arcade is a tournament driven bracket battle where you and fifteen other NPC’s duke it out over the course of a few battles to determine who is deadliest. These three modes are great, but what’s even better is the multiplayer itself. You can set up a game (Custom) or just join one by choosing Online mode. You pick your character and then the game lets you hash it out with three other NPC’s until it can find three real people. I find this a fantastic addition, as you can hone your skills before the real brawl. The multiplayer battles play out well and I rarely had latency issues, so I found myself constantly coming back for more. In fact, it was really fun to see how other people used the map and weapons and it helped me up my game quite a bit.

Right now there are only four maps to choose from, and the ones that are up and running aren’t that interesting. There’s Brawlhaven, which has a few different platforms, the Grumpy Temple, which is Aztec themed, Twilight Grove, which has a big tree in the background, and finally the Fjord, which has the most interesting art in the background; a giant Viking statue missing an arm. These maps, while pretty to look at, do not have any random occurrences or environmental things to interact with or run away from.

What’s missing from Brawlhalla is the care factor for the characters. In Super Smash Bros and Playstation All-Stars, all of the characters had a great backstory and years of gaming to go along with their awesome fighting moves. Even the levels themselves were pulled directly out of the games. Hopefully, as the developers add more and more to the game, there will be some sort of story mode that will allow the player to learn about these characters and create a bond with them.

While it’s hard not to compare any brawler these days to Super Smash Bros., Blue Mammoth Games’ Brawlhalla really shines and is a joy to a play. With a story mode and more items, I could see myself dropping in on a game quite often, trying to find a seat within the halls of Valhalla by kicking as much ass as possible. 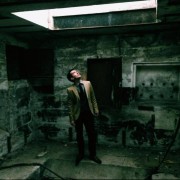 Christophe lives by Lake Merritt in Oakland, CA. He is a die hard PC gamer who started out with Everquest, Diablo, and Starcraft.
Show one comment