Steam Early Access has effectively replaced the demo games of yesteryear. Rather than playing a snippet of a game, we get to see it as it develops. Obviously, there are benefits and drawbacks with this system, but one of the more maddening drawbacks is that a game still heavily in development doesn’t necessarily give you a good idea how it will be once it becomes a finished product. The Red Solstice is an interesting game with a lot of good ideas, but it’s just barely a game at this point. There are so many bugs still being hammered out and so much content that still hasn’t been finished that what you’re left with is basically a buggy demo. 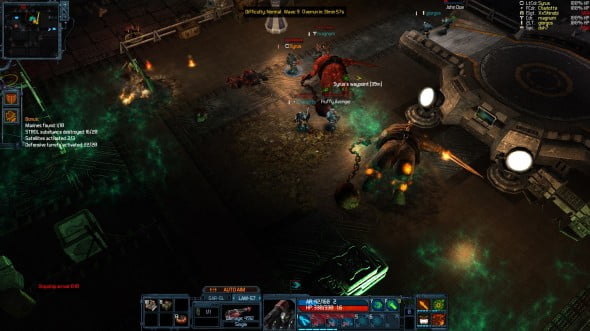 The premise of the game is fairly simple. It’s an eight-player squad based tactical shooter set during some sort of viral outbreak on Mars. At present, only one map is available to play, Central Sector, but you can enable primary and secondary missions during play to give you various tasks to complete while you try and survive. Monsters will come at you in increasingly unrelenting waves, first with little guys that just bite your heels, and then monstrosities that will soak up bullets and explosives like sponges. The selling point of this game is its difficulty curve; you will die over and over again playing this.

A typical round goes something like this. Every player selects a class that they want to play as: Assault, Demolition, Recon, Medic, Marksman, Heavy Support, etc. You customize what weapons you carry, any power-ups you have, any abilities you want, and what ammunition types you want to carry. You are then dropped into the map and face timed waves of enemies. What usually happens is that you start moving as a team through different buildings, searching for supplies, activating defense turrets, and generally trying to stay ahead of the oncoming waves. Inevitably, people will start to fall behind, and this is when they will be picked off. 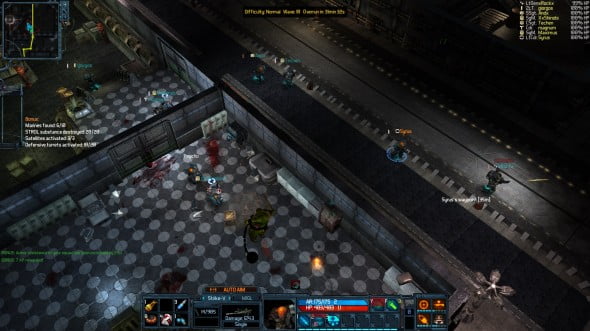 Multiplayer is very fun, albeit frustrating because communicating with your teammates is very difficult. There’s a chat option to type things, but in a game where the difficulty has been set high and death lurks around every corner, you do not want to be to pausing to type messages. This is especially frustrating in a lot of survival missions because you want to keep moving with your teammates, who in my experience will leave your ass behind with nary a thought. The easiest missions are actually bunker missions, because everybody has an incentive to stay close and build defenses rather than spreading out and being picked off like characters in a horror movie. This game desperately needs voice chat to be really playable.

The controls are fairly easy to pick up: left mouse to shoot, right mouse to move, hot keys to use your special abilities. At this point, the bugs are still being worked out in game, and I’m unclear as to when I’m doing something wrong and when it’s just not working like it should. For example, one of the guns has a secondary-fire feature I’ve never been able to activate, which sort of defeats the point of carrying it in the first place. Likewise, I like the idea of carrying a grenade launcher as my backup weapon, but firing it is really the critical piece, and I’ve never been able to shoot enemies with it. 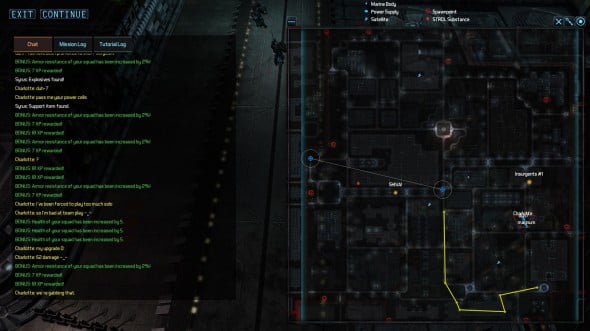 The possibilities for customization in this game certainly are exciting, with several weapons permutations, classes, powerups, abilities, and ammunition layouts. Likewise, the missions themselves can be tweaked to include primary and secondary objectives. Environmental hazards such as storms can make combat more difficult, and monster waves can be enhanced or tinkered with to provide new kinds of challenges.

Now, all of this is certainly interesting sounding, and some of this comes through in gameplay. I had mentioned that multiplayer is fun, which it is. However, it’s also extraordinarily difficult to coordinate with people on strategy, which is critical in a game with such a brutal difficulty curve. This in turn makes it really hard to survive past a fourth or fifth wave, which I only did by playing a bunker mission (and this was on generally low difficulty settings). Considering that the waves go out to fifteen, this means that there’s a lot of content you’re not seeing.

This wouldn’t be so frustrating except that there’s virtually no single-player available at this time. There’s a prologue to learn some of the game’s mechanics, but as a tutorial it’s woefully lacking. Some of the sections I flat-out couldn’t complete because of bugs (although it let me progress anyway), and it didn’t offer much insight into character optimization or customization. Nor did it show me how to use character abilities effectively. Eventually the single-player content will be released, but it means that we’re stuck with a lot of half-finished content in the meantime.

So why did I keep coming back to this game? The actual battles against monsters are fun, and the difficulty curve is so unforgiving that I kept wanting to push my luck and see how far I could make it next time. This could be a really fun game once it’s been properly finished and the content is fully developed. At present, it’s an interesting but buggy tease, and you can’t give a full review of the product until the full version is finally released and it will be forced to sink or swim. 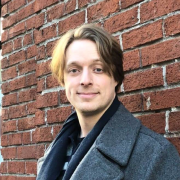 Zeb Larson is a history graduate student and avid gamer. He currently resides in Portland, Oregon, but will be relocating to Columbus, Ohio to begin his doctorate.
Leave a Reply