Depravity is the hallmark of voyeuristic media. Whether served up as a power fantasy or a psychological shakedown, it’s something that has inspired dissection over and over; violent media is routinely scrutinized and speculated upon, and the more complex (read: disturbed) people and characters that have entered the public consciousness also often serve as the most memorable. Video games offer a bit of a twist on the conversation through interactivity, which has led to a load of deconstructions of the psyche of various vile characters, and more importantly – ready for this? – The Player!

It’s all a little overwrought and certainly overdone, which is why the premise of Party Hard is so endearing: you can’t sleep from all the nearby parties, so naturally your first course of action is to murder dozens of party-goers. Simple, right? Party Hard has a tongue-in-cheek awareness of the absurd, occasionally paradoxical place that gaming holds in that lineage, and it’s pretty clear from the beginning that Pinokl Games have mastered the ability to condense that into pure comical carnage.

The formula for Party Hard‘s wacky brand of havoc is much the same as its premise: simplicity. Everything should feel fairly familiar and, as many have pointed out, will no doubt remind you of Hotline Miami. But while both feature simple controls, gratuitous bloodshed, and a dark, ’80s-retro vibe, the similarities end there; Party Hard calls for slow, calculating decisions over an even more minimal design. Where the player has a significant deal of choice going into an encounter in Hotline – masks, weapons, etc. – here, the only way to differentiate your playstyle starting off is by acquiring items, which are usually cordoned off in difficult-to-reach areas.

Simple doesn’t exactly equate to easy, especially when trying to get to an item in later stages, effectively limiting your options until you’ve either played the level multiple times (something you’re likely to do regardless) or have unlocked some of the other characters. Even then, while the character choices do change up the gameplay pretty significantly, you’re limited to three non-default characters excluding Katie, who is practically useless. There are some other additions that diversify your killing prowess – traps, escapes, and dragging bodies specifically – but the choice to minimize opportunities for creativity in a game that has purposefully slowed itself down toward that end is questionable to say the least.

While there’s little to be said about its effect on the atmosphere – other than perhaps the soundtrack, which is excellent at first but eventually grows grating after multiple deaths (much like everything else in this game) – I can’t help but feel that while the idea is interesting, the game feels unfinished. Unlike Hotline Miami, the story is paper-thin, and under the circumstances, that can be a good thing. You don’t need a backstory of psychosis and conspiracy; anyone who has had the misfortune to live near a college campus – like yours truly – knows the undying compulsion to make a frat party end by any means necessary. But Party Hard reminds me of another game that isn’t comparatively mentioned quite as often: Hitman. For the most part, Hitman is focused on one target or a small group of targets, but there’s the same kind of logic behind it: think before you kill. The difference isn’t in backstory, graphics, or even platform, so much as the ability to kill in a variety of creative ways.

Party Hard clearly wants you to get creative with killing, as there are some item areas that virtually necessitate the use of a specific trap to get there, but it doesn’t give you the tools to make killing genuinely inventive. What few specific kills there are – horse kicks, an electrified dance-floor, knocking a target off a platform – take little to set up and therefore have little payoff and, even worse, are occasionally repeated in other levels you will undoubtedly repeat anyway. Combine this with a sore lack of explanation to the player for most of what goes on in the game, from cops running over half your targets as they arrive to the un-killable carpenter character who seals off escape routes if they’re used too often, and you have a serious case of wasted potential. That’s not to say that Party Hard is bad; it’s worth a try for its premise alone, but not much else. Still, as a deliberate deviation from the grandiose that is also occasionally wickedly funny, there’s definite merit.

Party Hard has all the right elements to make something great, but falls short in execution. While the charm, wit, and ideas are all there, the lack of creative solutions in gameplay and overall repetitive nature of the game make it worthwhile, but only marginally so. 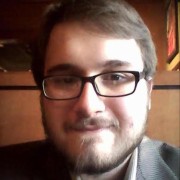