The action-RPG genre has certainly had it’s share of highs and lows. While Diablo and it’s sequels, to greater or lesser degrees, have largely been seen as the high-water mark of the genre, plenty of other contenders have certainly tried to match it. Path of Exile and the Torchlight games have had the most success, but with the release of Victor Vran, it’s safe to say there’s now another fighter in the ring.

Victor Vran features about as much story as one would expect from an ARPG. While it lacks some of the beauty found in Diablo 3‘s cutscenes, it makes up for it with some decent voice acting and great music. Again, probably due to budgetary limits, nothing quite matches up to Diablo‘s grandeur, but fits nicely around what Torchlight has been capable of. 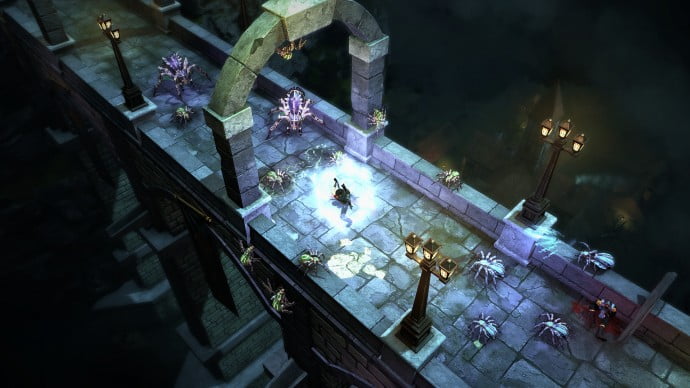 Perhaps most distracting is the presence of some of the voice actors. The same actor who voiced Geralt in The Witcher series voices Victor Vran. The titular character is a monster hunter in a steam-punk inspired, medieval world. It’s distractedly similar to The Witcher in many ways, not to the point of imitation, but more in a sense of accidental ode. Luckily, few are sticking with Victor Vran for it’s story.

The game begins with a tutorial of sorts. You learn the basics of movement and combat. Players are given the option of using either a mouse and keyboard or a controller (I went with the controller). Both options have their limitations, as one would expect, but I found the controller implementation to be well-handled. Again, it doesn’t quite match up to what Blizzard was able to accomplish with Diablo 3 on consoles, but it’s more than serviceable. In fact, the console ports of Diablo 3 always felt a bit more arcadey than their PC counterpart. Victor Vran‘s controller utilization feels much more in line with the mouse and keyboard’s more strategy-lite feeling. 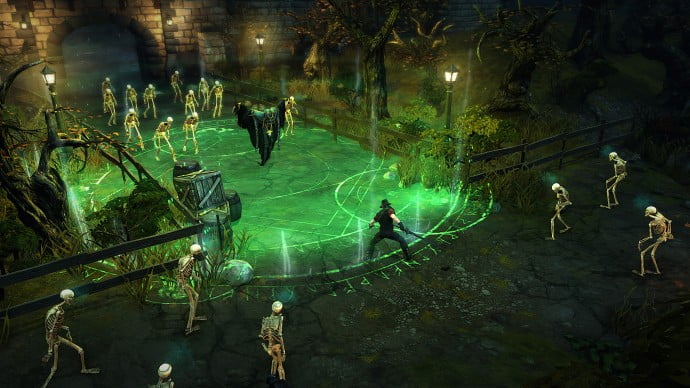 Following the tutorial, you’re given the option of choosing one of three classes. All classes are still Victor, but they play decidedly different. There’s the wizard-like character, who specializes in magic, a rogue-like character with quick, but light, attacks and a specialization in distance-based attacks, and the warrior-like character. Seeing as how the tutorial was all done from the warrior’s perspective,t he sudden change was jarring, and did little to encourage me to explore options outside of the warrior class.

Actual combat is fast and fluid. Each weapon has it’s own basic attack and two limited special attacks. With the press of a button, you’re able to swap between two different weapons. This adds a lot of strategy to the mix. For example, fighting a powerful monster might require the use of multiple special abilities. Thanks to the two weapon system, you could use the two specials of weapon A, switch weapons, and then use the specials of weapon B. Adding to this is the Demon abilities, which are dictated by an Overcharge meter. As you kill enemies, your Overcharge meter fills. Once full, Victor can unleash a powerful Demon attack which lays waste to hordes of monsters at once. Once you’ve leveled Victor up enough, you’re able to have multiple Demon attacks on hand. Demon attacks can be swapped out for others that are picked up from killing enemies.

The biggest issue I run into in loot heavy games such as this (and Diablo, Borderlands, Torchlight, etc.) is that most of the loot feels unimportant, since it’s less powerful than what I’ve already equipped. I tend to find myself sorting through garbage to find pearls. Unfortunately, Victor Vran isn’t really any different. It does add “Uncommon” versions of Common items, and that certainly adds to the excitement, but only to minimal effects. 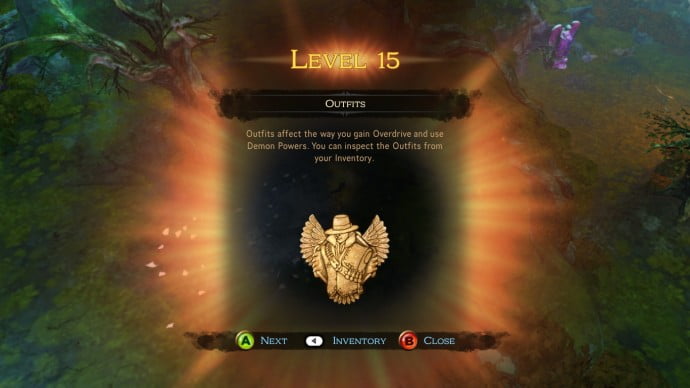 Perhaps what Victor Vran does best for the genre is in how it increases Victor’s levels. It puts an end to much of the min-maxing found in so many other RPGs, and gives you a set upgrade based on your level. For example, at level 15, your ability to wear various outfits can now have larger effects on how you play. At each level you’re given the choice between three different items which, generally speaking, cater to whatever you unlocked by leveling-up. This does away entirely with the tedious nature of leveling found in most RPGs. There’s no need to sit and worry about the choice you made being the wrong one, and instead allows you to just enjoy the action and manage your inventory.

Victor Vransidesteps traditional sidequests, which tend to get messy and distract from the main quest. Instead, each map has 5 bonus objectives which are all fairly simple in nature, even if some are frustrating to complete. Some examples would be finding all of the hidden treasure chests, killing x-many monsters in x-many seconds, or killing x-many monsters with a specific weapon. The payout you get for completing each is substantial enough that you’re driven to actually complete them. 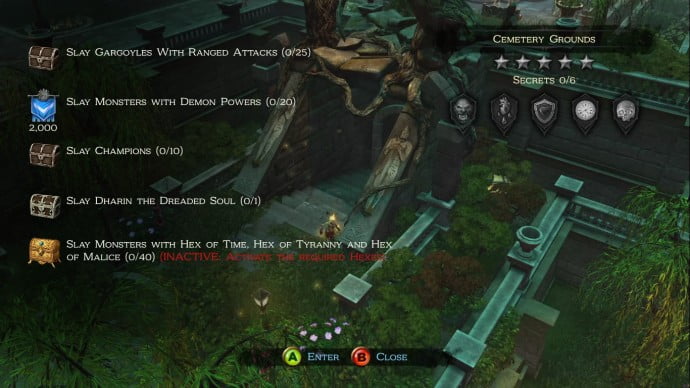 Victor Vran does little to set itself apart from the likes of Diablo, Torchlight, and the Van Helsing series. Instead, it chooses to focus on tight gameplay with excellent controls and does away with a lot of the tediousness of the genre. It’s a game that has benefitted entirely from the Early Access program and is a shining example of what can be done when giving players access to games early.