March saw the release of Mario Party 10 to the Wii U crowd, and while many were excited for Nintendo’s return to the dormant series, the title has since been met with only passable reviews and a whimper of a fanfare. This less than momentous release and reception had me thinking about what could have been done to salvage the title, but instead I continually found my train of thought heading to the notion of whether we even need a Mario Party series anymore? The more and more I thought about, it seemed like it might be an increasingly wise idea to turn the lights off on this party that’s been raging for decades.

Now, the biggest thing to look at here are the sales of the Mario Party series, and more specifically, if they’re still making money. If the series were bringing in less and less each release, pulling the plug on all of this would be a no brainer. So in spite of my surprise when I looked into it, I suppose it makes sense that the Mario Party games are doing just fine in terms of sales. They’re actually getting better, if anything.

The original Mario Party titles roughly sold between one million and 1.1 million units, with the counterpoint of Mario Party 9 selling over 2.2 million, and Mario Party 10 already seeing a strong opening of 300,000 sales in North America alone since March (with Mario Party 8 hitting a record 7.6 million for the series). Then again, there’s also been a population and gamer influx, but even after putting that into consideration, it’s clear that Mario Party isn’t dying by any means. 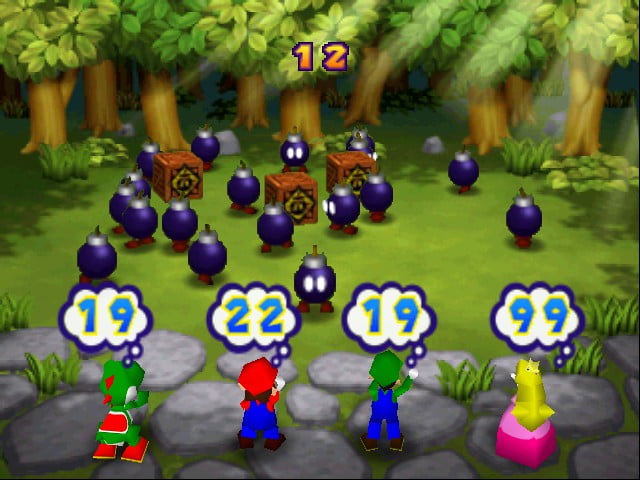 If any of these later titles in the series were the first Mario Party game you ever played, you’d probably also be more than pleased with it. The problem is how these games feel so repetitive at this point, with less and less being tweaked and feeling innovative in each passing iteration. Sure, the games keep working, but when that means less and less, is it still a good thing? Better to try something completely different and fail then to keep falling back on the same stale formula. I doubt many people would have believed you if you told them that the original Mario Party would have nine sequels that basically all play exactly the same. Would you even want that?

It’s also worth noting that other multiplayer fare for the Wii U has quivered under Mario Party’s weight, with Nintendo Land seeing only 4 million sales, and Wii U Party and Game & Wario seeing considerably less. Clearly fans are choosing Mario Party as their party solution, but is it because of an allegiance to a brand that’s unhealthy at this point? Gamers could blindly be choosing Mario Party just because it’s what they know, and as a result, these other titles don’t get an opportunity to truly flourish. Double down and allow them to become the next juggernaut while realizing that Mario Party has maybe run its course creatively.

Essentially we’ve seen the series hit a saturation point, with creativity waning, and this AAA title plummeting into fodder where the last few entries all have an aggregated score of 3.5 on Metacritic. That’s nothing against the series, it just means that ten games in thirteen (if we’re counting the handheld entries) have resorted to literally thousands of minigames. No series can truly sustain ten titles, let alone one without a strong story or foundation behind it. The result is a flailing series that feels like it’s trying too hard, with slapdash ideas, like—ooh, now with a microphone! Ooh, now with motion controls! Or, ooh, now with Amiibo support! It feels like the continually retreading the Malibu Stacey doll that Lisa has qualms with on The Simpsons. Simply “adding a hat” to the title isn’t going to keep winning over the fanbase. You then also have to wonder, are sales up for your game because of actual quality, or because people saw it as the easiest means to obtain this new, hot peripheral with the title just being a byproduct in between. Or perhaps if someone is on the fence about buying Mario Party 7, they’ll bite the bullet and purchase it if they know they’re getting a microphone with the bundle. But are those really the sales that you want? 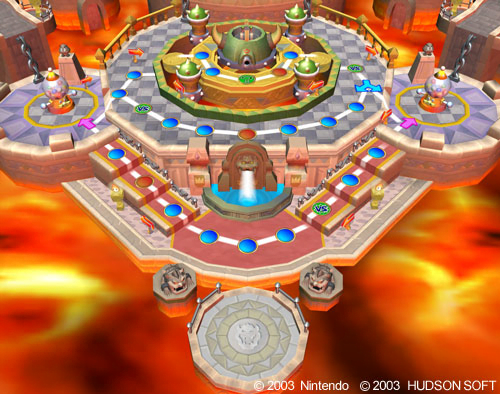 The gap between Mario Party 9 and Mario Party 10 is the biggest the series has seen (three years), and you’d think that with such a wait, a considerable overhaul would be given to the franchise. Nope. Instead, a tacked on idea like Amiibo support is thrown in, while most of Mario Party 9’s basics continue to be clung to. Granted, the inclusion of Bowser Party is a wonderful addition to the series, but one innovation in this amount of time is not the jumpstart that this series needed. The result is a mediocre multiplayer series that used to be amazing, that probably should have stopped after the Gamecube’s final entry, Mario Party 7–though five solid titles and maybe a Mario Party Collection of them all is probably more appropriately realistic. Actually, think of the potential, a Mario Party Collection that took the first five games and bumped them up into HD. I think people would play the hell out of that.

Nintendo has kind of been killing it recently in the DLC department, with games like Hyrule Warriors and Mario Kart 8 having tons of content to keep the experiences fresh. This is the perfect area in which Nintendo could beef Mario Party 10 up a little more, or at least hint at the dedication and direction that is being given to the series. Here is a way assuage some of the damage, and Nintendo could easily drop in new minigames or even additional boards to help add onto the fanbase. While this concept might have seemed impossible in the past, Nintendo’s attitude lately conforms to this idea. Imagine what it would be like to have downloadable retro boards (or mini-games) or even the ability to insert Link or Samus into this world (or again, why not a Hyrule, Corneria, or Zebes board?). In spite of this, no plans for Mario Party 10 DLC have been announced, which is not only disappointing, but also indicative of what’s going on here. 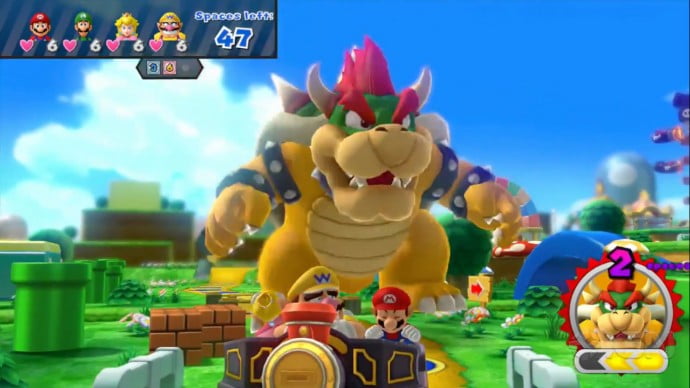 The Gamecube saw the release of four Mario Party games, which feels like definite overkill. By the time the Wii came through, and especially by the time of the Wii U, multiplayer and party games had become much more popular than in the mid ‘90s, when the first Mario Party debuted. There are so many games like this available on the corresponding systems that something like Mario Party hardly feels necessary anymore. You have a number of choices at your disposal if you want multiplayer fun. Mario Party has done its job by getting you into the genre; it’s work is done now (whereas Mario’s continual inclusion in things like golf or tennis still feels necessary, as a gateway conduit to these sorts of games is still needed. We’re not drowning in golf games). So while it’s nice that Mario Party 10 took its time to come out, its lackluster release more than ever shows the series’ struggling need to exist. The Wii U alone has the aforementioned titles that are all ostensibly doing the same thing. Maybe it’s time for Mario to finally sit these parties out from now on (ten is a nice round number to go out on, although still a brutally young age to die at), while maybe lending himself to a cameo in other parties every now and then.

Daniel Kurland is a freelance writer and comedian, who recently completed work on his noir anthology graphic novel, Sylvia Plath’s The Bell Noir: A Rag of Bizarre Noir and Hard Boiled Tales and is the creator of the surrealist podcast, “Bic Zukko’s Forever Almanac”. His sketch troupe, Business Computer also performs a monthly show in Manhattan.
Show one comment