Fifteen years ago, after countless pleas and empty promises to finish my homework on time, my parents finally decided to get me my first game console – the Gameboy Colour. I remember joyfully walking back home through the dimly lit streets of London, squinting into its tiny square screen, picking my Pokémon of choice (Squirtle, obviously) and single-handedly sending the Pidgey population to the brink of extinction. Those were among my first steps of being a gamer, and, since then, Nintendo have been the authors of many other memorable gaming moments. Who can forget their first journey sailing in WindWaker, as seagulls flock to either side with grace-like precision? Or snaking your way to first place on Mario Kart DS?

Nintendo’s illustrious past of the 90’s and early 2000’s has therefore made its current predicament tough to swallow. To date, the Wii U has sold less than a measly 10 million units, whereas the PS4 has doubled this figure in half the time. The lacklustre showing at this year’s E3, and the announcement of the NX, has left the Wii U sharing the same life-expectancy as your favourite character from Game of Thrones. This new platform won’t solve all of Nintendo’s worries, forcing it to be as forward thinking as ever. Perhaps making a dreaded admission of defeat, and delivering its software on competing consoles is the best future Nintendo can hope for.

If you’re a Nintendo fan, you’re probably sick of hearing that the Japanese company’s console-making days are over. Its golden years remain a testament to its ability to craft innovation right into their system’s DNA. The N64 introduced us to the analogue stick, now synonymous with console gaming, and shaking the Wii remote to send Mario spinning into the air in his two Galaxy adventures still remain as vivid as ever.

Nintendo’s difficulties began with the Gamecube. It featured more power under the hood than its closest rival, the PS2, more controller ports – so what went wrong? With games like Windwaker, Metroid Prime 1 & 2, Super Smash Bros. Melee, Luigi’s Mansion, and Resident Evil 4 reaching the system, the culprit wasn’t a drought of quality titles. It was Nintendo’s failure to adapt to gamer desires. Gone were the days when a console could get by with just the merit of it’s games. The PS2 capitalised on this trend, by offering a DVD drive. It also responded to the growing demand for mature titles. Modern classics, such as God of War, Grand Theft Auto III, and Metal Gear Solid 2 made the GameCube’s library look like child’s play. 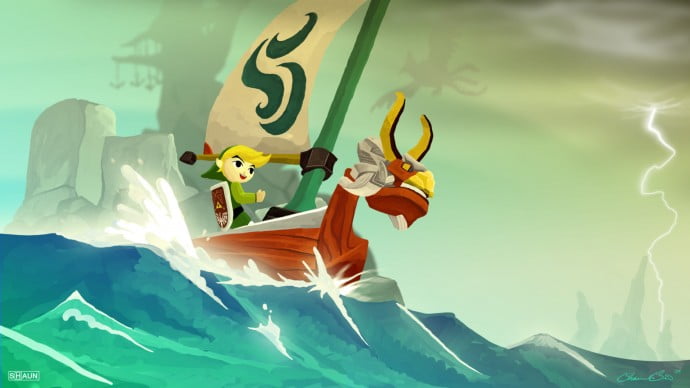 Nintendo reassessed their next console, and took a more novel approach. Though its name became the punchline of a few too many jokes, and its controllers continued to divide fans, the Nintendo Wii’s success was undeniable. Global sales now stand at over 100 million, a task all the more impressive considering this was achieved with standard definition graphics and a half-baked online network. It didn’t always resonate with Nintendo’s core fans, who demanded less mini-game compilations and more core titles – but it ushered in a new generation of casual gamers which secured its victory, and Nintendo’s return to the top.

So, why is it that Nintendo’s latest offering has been met with such a tepid reception? A survey was carried out which found that people often mistake the Wii U as the name for the new gamepad. It doesn’t help that the Wii U shares many of the minimalistic curves and demur size of its predecessor. Difficulties differentiating the two were inevitable. Also, despite being innovative in some respects, the gamepad, which jumped on the tablet bandwagon, disappointed. Its low resolution display could only respond to a single touch, requiring a stylus for accurate input. In the age of the iPad, it couldn’t compete and served only to bump up the price of the console.

Its online platform is also hardly changed from the Wii-era; still serving up the much maligned friend codes that has the same conviction to life as Rasputin. Whether we like it or not, games are shifting towards a more social experience. Ignoring this trend has been one of the more recent nails in the Wii U’s coffin. Local co-op and single player experiences have been at the cornerstone of Nintendo gaming from the start, and they’re still great fun. But gamer demands are changing, becoming more focused on online experiences, something Nintendo acknowledged far too late.

However, it’s the company’s weak relationship with third parties which remains its most significant issue. These problems began during the company’s N64 days, constraining developers with the relatively small storage space on its proprietary cartridges. It caused them to lose out on RPG-darling Final Fantasy VII which later became a defining title for the PSOne. Even Metal Gear Solid, which was in development for the N64, was rumoured to be cancelled due to memory-hogging cut scenes too large to cram into Nintendo’s grey blocks. Nintendo decided to repeat its mistakes with the GameCube, by using the mini-disc format. The paltry 1.5 GB of storage found in a miniDVD disc meant that some developers were forced to scale back content for the GameCube. This either meant that material was omitted from release, or compressed heavily. In comparison, the Xbox and PS2 granted third parties to 8.5 GB on a dual-layered DVD. However, it was the Wii which suffered the most. Despite starting off with strong third party support, the Wii became ignored by developers who lacked interest in creating bespoke Wii-remote specific titles, or entering the saturated party game market.

This downward trend will continue unless Nintendo addresses their issues with the platform; one being the difficulties of creating games for their console. The Wii U has chosen to ignore the PC-like hardware of the PS4 and Xbox One, and instead created its own proprietary hardware. Developing for it has been an effortful process, one not justified by its poor sales performance. Even older titles like Arkham Origins, Assassin’s Creed 3, and Mass Effect 3 chugged along at an anemic pace, even when compared to older consoles.

Despite Nintendo’s recent hardware disasters, the benefits of creating in-house hardware are plentiful. Nintendo’s more-than-stellar game development was only made possible as a result of this. By providing direct access between the software and hardware development teams, Nintendo’s game designers are able to fully understand the limitations and strengths of the platform. The results speak for themselves: Ocarina of Time, Metroid Prime, and Mario Galaxy all rank among the greatest technical achievements of their respective consoles. This is a unique advantage, one which would be lost if Nintendo made the transition from competitor to friend of Sony and Microsoft.

Anyone hoping for a comeback by Nintendo were left disappointed by its presence at E3 this year. Unless you’re a massive fan of Amiibo’s, spin-offs and yarn-based visuals (am I the only one surprised by this trend?), then you most likely felt underwhelmed by Nintendo’s efforts. When rumors cropped up of a new Metroid Prime game, fans were ready for the Wii U to give us one last hurrah. Instead, they got Metroid Prime: Federation Force, a multiplayer 3DS game which holds no resemblance to Samus’ explorational space-facing adventures the series is known for. Even the Zelda game, which was shown more than a year ago, was a no-show.

Nintendo’s past as both software and hardware developer has been fruitful, but perhaps it’s time to change tact. Both Sony and Microsoft know this, which is why both of their systems share similar DNA. Creating an environment for third-parties to thrive and nurture their content, with fewer financial risks, should take far more of a precedent for Nintendo than developing its own console. Either it takes a similar route as its competitors, and releases the NX with similar hardware standards, or its looks at ways to bring us the same level of quality to other systems. Releasing a console with similar hardware to its rivals didn’t help the Wii U which had to fend off more beastly competitors shortly after release.

As Nintendo still supports its console with seminal works in the form of Splatoon and the new free-roaming Zelda, few can argue that they remain one of the industry’s best contributors. Bringing these experiences to other platforms is enticing, especially when it means you won’t have to forego quality titles from third parties. For the sake of new generations of gamers, eager to send a Pokemon of choice hurdling toward extinction, I hope the company thinks carefully about its next great step. 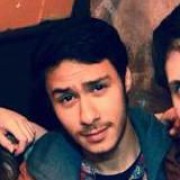 Nathan resides in London. Its dreary weather makes for an excellent excuse to spend time in his gaming bubble.