For a while now, keeping even a wandering eye on the AAA games industry has been like watching a really bad version of the Three Stooges, only instead of whimsical, slapstick schmucks, we get clueless, money grabbing executives fumbling to grasp basic concepts of consumer rights or, y’know, videogames. It’s become such a trend to watch publishers crash and burn so hilariously, it only seems reasonable we have some sort of an award to commemorate our bumbling, be-suited buffoons. It’ll be a bit like Monty Python’s “Upper Class Twit of the Year”, only real. Get your mangled copies of SimCity at the ready folks, for The Worst Publisher of 2014 Awards. 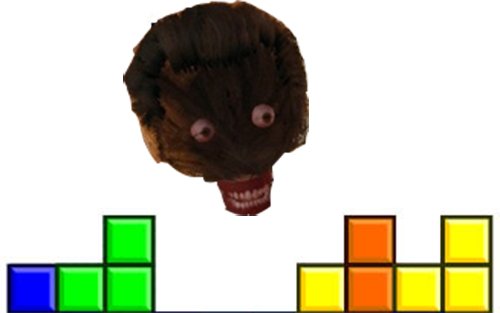 Last year we were witness to many a broken and buggy game, and to many a port/remake of games gone by. Ubisoft’s Tetris Ultimate managed to be both. Remade for the Xbox One and PS4, Tetris Ultimate somehow achieved the impossible when it rendered one of the simplest, most well loved games of all time virtually unplayable. As Greg Miller’s IGN playthrough demonstrated, the game’s framerate begins to chug as soon as the Ubisoft logo appears (an omen of sorts), and continues throughout menu navigation and standard Tetris gameplay. Never mind that this game is thirty years old, being unable to correctly move and place Tetris blocks effectively makes the game impossible to complete or even progress through.

Just think: this game was originally released when there was still a USSR. Let that sink in. Ronald Reagan was president when Tetris came out, and Ubisoft couldn’t make it work on the most “powerful” eight generation console on offer. Good job guys. 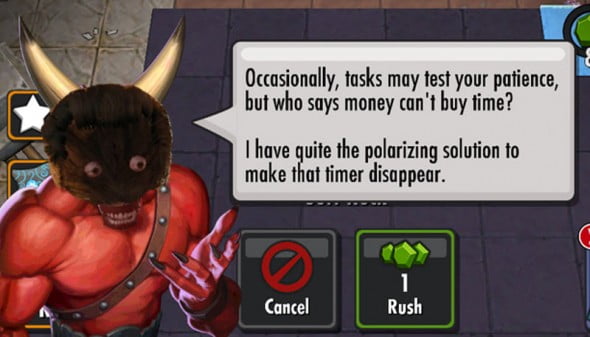 Though EA didn’t even come close to winning The Consumerists “Worst Company of the Year” award (the two time reigning champs were beaten in round one by Time Warner Cable), they still found the time and venom to remind us all why they’re oh so loathed by gamers worldwide.

Though the original Dungeon Keeper is considered a classic by most, EA’s mutated, cash grabbing remake is nothing more than a cancerous blight on the already troubled mobile free-to-play platform. Released in very late 2013, the “game” caused mass controversy thanks to its aggressive monetization strategies, heinous micro-transactions, user review trickery and the fact that the game is pretty much unplayable without spending cash. Then Frank Gibeau had the gall to claim that Dungeon Keeper Mobile “innovated too much”.

Still, you have to begrudgingly applaud EA for releasing a game about a literal demon squeezing gold out of his poor, lesser subjects. You can’t say they aren’t self aware. 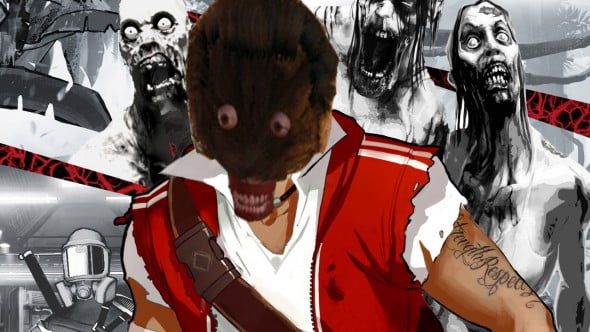 The “Beat a Dead Horse” Award

I liked Dead Island. It had its problems, but it was a genuinely fun open world zombie game with some neat multiplayer tricks up its sleeve. It was almost always broken in some way, and it was hardly as novel as State of Decay, but it showed a lot of promise were the series to be continued and given the chance to grow further.  Then Dead Island Riptide came out, and proved that Techland didn’t really learn anything about polish or quality control the second time around.

2014 treated us to to a MOBA spin-off (because we need more of those) Dead Island: Epidemic, as well as a cheap, nasty 3rd person spin-off called Escape Dead Island, with Dead Island 2 to follow in early 2015. I’m somewhat hopeful for Dead Island 2, since it’s being developed by Yager Development (of Spec Ops: The Line fame), but it’s getting harder and harder to find anything good to say about the Dead Island series.

Last year saw two Assassin’s Creed games released on the same day, but Dead Island still managed to be the most obnoxiously ubiquitous series still chugging along. I suppose it’s fitting that these games won’t stay dead, but I honestly don’t know who on Earth is still buying these things. 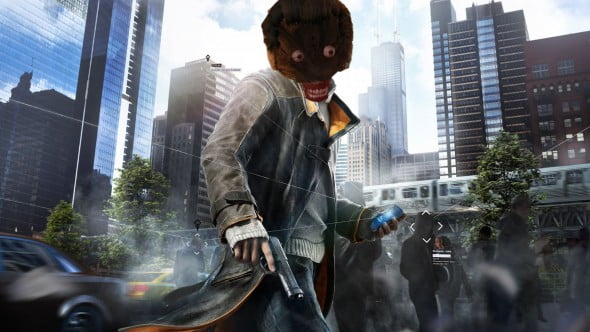 Most Homogenized Library of Games

Climb the tower, unlock the map, go to the place, do the thing. Ubisoft’s tried and tired gameplay methodologies have gone from unique to commonplace to mind numbing in a short space of time. This year we saw such “features” in Far Cry 4, Watch_Dogs, and both Assassin’s Creed games, and it’s becoming rather maddening to see otherwise decent games dragged through the mud so that Ubisoft can tick off its “content” checklist.

Climbing towers, collecting flags and other such busy-body, errand boy tasks simply aren’t that fun. They allow us to gawk at pretty environments whilst we tell ourselves out lives aren’t meaningless sequences of similarly dull events, but they’re not as enjoyable as stabbing dudes, riding elephants or blowing stuff up. Make your games shorter if you have to Ubisoft, then fill them with the stuff we paid to do, not the stuff you’re forcing upon us.

If you’re unaware, Ubisoft’s first proper foray into “next-gen” Assassin’s Creed games was an unmitigated disaster. NPC faces melted off, avatars fell through the map, crashes were aplenty, cutscenes were interrupted by rude NPCs and the whole thing was locked at 900p/30fps, purportedly for our own good. Ubisoft backtracked, apologized and issued patches (the largest of which was a whopping 40gb download), but inevitably lost a lot of goodwill, both for the series and for their studio as a whole. But it gets worse…

The “Sweep it Under the Rug” Award

Yes, Ubisoft were also masters of the art of bullshittery last year. Watch_Dogs was released looking a mite less pretty than its earlier E3 2013 demo, Far Cry 4‘s box art drew allegations of racial insensitivity and Unity‘s developers were criticized for not including female character models in multiplayer, then for lying about how difficult it is to animate female characters. Rather than address these allegations outright and address them, Ubi thought it best to lie, worm and weasel their way out of every situation they backed themselves into. Eventually, 2014 became “The Year Ubisoft Dug Themselves The Largest Hole on Earth”. 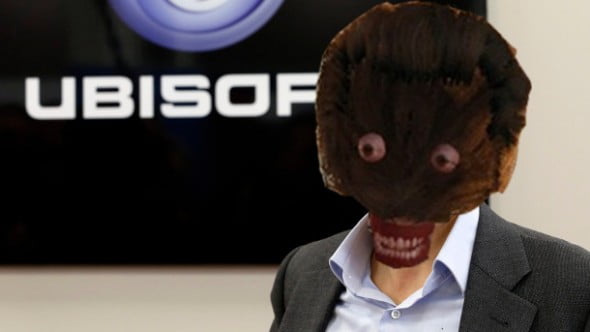 The Worst Publisher of 2014

Ta da! Did you expect anything less? Ubisoft have always been third wheelers to the evil publishing duo of Electronic Arts and Activision, but they really upped their game in 2014. Noticeably award-less this year are aforementioned Call of Duty publishers Activision, whom (unless you think publishing Call of Duty is evil) managed to avoid doing anything particularly sinister or stupid this year. Ubisoft really stuck it to the yanks this year, and gave the world a glimpse at their own brand of European corporate incompetence. Fun!

As for this year? Perhaps Ubisoft will turn a new leaf? Maybe we’ll get four Assassin’s Creed games? Maybe Gabe Newell will literally kill a man. Who knows, but hopefully I’ll be back at the end of the year to document every publisher mishap that befalls us in 2015.