Who -and what- is the Witcher?

Witcher is a title (just like monk or knight is a title), but the game’s title is referring to Geralt (pronounced with a hard “G”) of Rivia, the white haired character who players take control of in The Witcher series.

Witchers are monster hunters, and Geralt is considered by most to be one of the very best. Witchers have supernatural abilities (strength, speed, reflexes, the ability to see in the dark)  given to them through modifications as children, and Geralt was said to have handled these changes better than any other child.

What happened in The Witcher?

The first game opens with Geralt helping to cure King Foltest’s daughter, Adda, of a curse which transforms her into a monster – sort of like a werewolf.

The prologue begins with Geralt being found unconscious and rescued by several Witchers who return him to Kaer Morhan, a Witcher stronghold. Geralt, unfortunately, has amnesia (this will be a sub-plot throughout the entire series). Kaer Morhan houses the mutagens which imbue the Witchers with their abilities. The stronghold is attacked by a group of bandits known as The Salamandra, led by the evil mage Azar Javed, who, after a battle with the Witchers and Triss Marigold – a sorceress and Geralt’s frequent sexual partner – makes off with the mutagens. The Witchers split up in order to track down the Salamandra and retrieve their stolen property.

From here, Geralt sails with an old friend named Dandelion (we’ll get to these characters in a few) back to Vizima, where King Foltest reigns. A civil war has erupted between The Scoia’tael – a group of elves and other non-humans, and the Order of the Flaming Rose – the knights of the land. Depending on which group you chose to join forces with earlier in the game, Geralt assists them in fighting against the other, or if he’s neutral, helping to get the wounded to the local hospital. 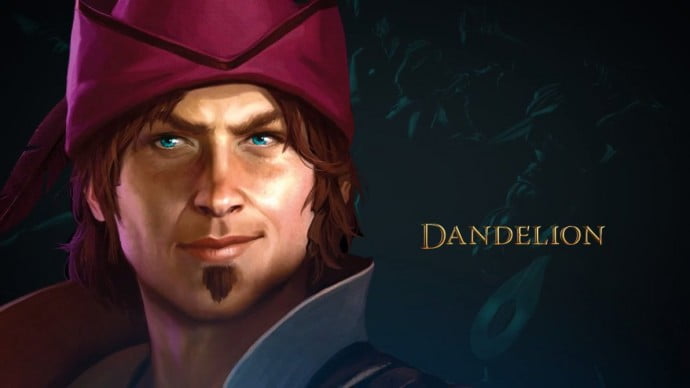 Princess Adda is once again stricken with the same curse as before, and Geralt cures her affliction again. King Foltest is grateful and offers Geralt a clue as to the whereabouts of Azar Javed and the Salamandra hideout.

Geralt storms the hideout and defeats Azar Javed. In doing so he learns that the Grand Master of the Order of the Flaming Rose has betrayed King Foltest and was the one behind the theft of the mutagens.

The last portion of the game is changed rather radically depending on previous choices. If you’d chosen to side with the Order, you recommend a new leader to Foltest. If you’d chosen to side with the Scoia’tael, Geralt convinces Foltest that they’re right. If you chose to be neutral, both sides are declared the enemy. Following this, Geralt hunts down the Grand Master (with aid from an NPC, which varies depending on previous choices). Upon finding him, the Grand Master attempts to convince Gerald of his plan that would supposedly save the world. Geralt doesn’t buy it, then fights and kills the Grand Master.

The game ends on a cutscene of an unknown Witcher making an attempt on Foltest’s life, thus beginning the plot of the game’s sequel.

Okay, there were a lot of characters in there. Who are the important ones?

Aside from Geralt, the other big player is Triss Merigold. She’s oftentimes the love-interest to Geralt and they have sex on a few occasions. She’s also a pretty powerful sorceress who helps Geralt several times throughout the series.

Dandelion is a bard and Geralt’s closest friend. He often serves as the narrator and comic relief.

Zoltan is a dwarf that Geralt meets in The Witcher, and while he plays a somewhat bigger role in The Witcher 2, his role in the game doesn’t really impact the narrative too heavily. He’s a fun character though, and offers up a few funny conversations. 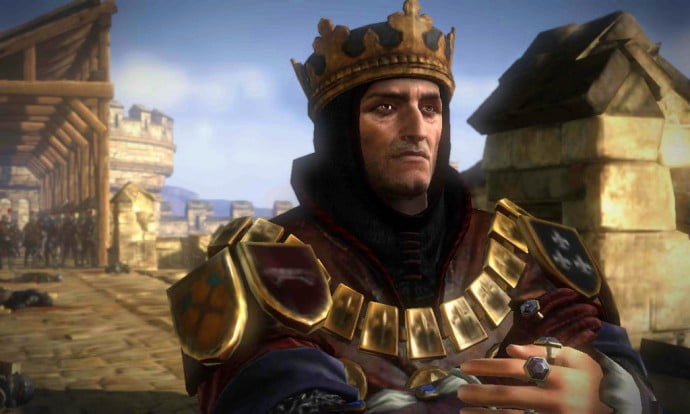 King Foltest is the king of Temeria, the kingdom in which The Witcher series takes place. He’s the father to Princess Adda who, as we already discussed, suffers from a curse known as Striga, which turns her into a monster.

And what’s this about an Order? And a Sco…sco…

Scoia’tael. And, yeah, it’s a weird name and they usually are just referred to as the Squirrels (from here on out, that’s how I’ll refer to them as well). They’re a rebel group of non-humans. Like many fantasy stories, there’s a fair amount of distrust between all of the races, and the Squirrels are a result of that.

The Order of the Flaming Rose is essentially the royal guard of the kingdom. They’re who the Squirrels are rebelling against, and when the Civil War erupts at the end of the first game, they’re the ones slaughtering non-humans left and right.

Neither side is necessarily “the good guys,” which is something fans of the series really appreciate. The series aims for a general sense of moral ambiguity, making decisions much more complicated and difficult than other games in the genre.

Okay, I think I’ve got it now. So what’s the sequel all about?

The Witcher 2: Assassin of Kings picks up right where the first game ends. A Witcher-Assassin attacks King Foltest and kills him. Geralt arrives just after and witnesses the assassin’s escape. The guards rush in and arrest Geralt under suspicion of regicide.

In the dungeon, Geralt is met by Commander Vernon Roche who, after a drawn out conversation and several flashbacks, decides he believes that Geralt is actually innocent, and does what he can to assist Geralt in his escape. The two travel together, along with Triss Merigold in an attempt to locate the “Assassin of Kings.”

In the city center, Geralt saves Dandelion and Zoltan from being hanged, and begins to take on several tasks around the city (side quests). Eventually, the town asks that he do away with a giant lake monster, and with the help from a sorceress named Síle (pronounced like Sheila) de Tansarville, he does just that. Geralt learns from Síle that the assassin is a Witcher named Letho. Letho shows up and kidnaps Triss. At this point in the game, the player must choose sides between Roche and Iorveth. Whomever they choose will change the story rather significantly, and that character will accompany Geralt throughout the game.

Chapter 2 deviates quite a bit depending on which side you choose.

This one I’m less familiar with (I chose Roche), but Geralt and co. travel to Aedirn and discover a rebel plot against King Henselt of Kaedwen (the neighboring region to Temeria). Choosing Iorveth essentially puts you on the rebel’s side, while choosing Roche puts you on Henselt’s side (it’s not so cut-and-dry, but for summary’s sake, we’ll leave it at that). Both sides discover Triss’ location.

When choosing Iorveth, you assist the rebels in defeating Henselt’s army. Henselt must agree to Saskia, the leader of the rebellion’s, terms. Geralt learns that Saskia is actually a dragon in human form (duh) and is being controlled by Philippa Eilhart, another sorceress. Philippa teleports herself and Saskia to Loc Muinne and Geralt follows.

And if I chose Roche?

Geralt lifts a curse on Henselt and the battlefield, allowing him to march upon a nearby town. Two Witcher assassins attack Henselt and Geralt fights them off. Later, Geralt is given the choice of allowing Roche to kill Henselt after learning of his conspiring with the Nilfgaardians. Through the use of necromancy, Geralt learns that the assassins are in league with Síle, who has fled to Loc Muinne with Philippa and Saskia.

The team, regardless of who goes with you, travels to Loc Muinne for the final part of the game.

At Loc Muinne, Geralt and co. learn of a meeting amongst the mages to establish a new ruling order, known as the Conclave. Sile and Philippa want to use this meeting to establish their own power, using Saskia the dragon as leverage.

Regardless of whom you’re traveling with, you’re given two options. The option to track down Triss transcends any previous choices, though if you chose Iorveth, you attempt to track down Philippa who can then break the curse on Saskia. If you chose Roche, it’s either Triss or Princess Anais (King Foltest’s daughter, who is then sent to Redania for protection). Choosing Triss kills an ambassador, Sile’s plot is revealed, and your partner either is horribly wounded or is outlawed (Iorveth and Roche respectively).

That’s a lot! And terribly confusing.

Geralt then hunts for Sile who attempts to use something called a megascope to escape (it’s magicy stuff, don’t worry too much about it). One of the megascope’s crystals malfunctions and traps her within (seriously, just go along with it). Geralt can either remove the crystal to save Sile, or do nothing and kill her. Then Geralt battles Saskia (as a dragon) and either spares her life or kills her.

If you chose to save Triss, the Conclave is restored and the mages work on sealing Loc Muinne. If you don’t, there’s a violent riot among the mages.

Why wouldn’t you save Triss?

Well, Letho saves her anyway… So if you know that, there might not really be any reason to save her.

Geralt finally faces Letho who reveals that the Nilfgaardians plan to destabilise the Northern Kingdoms and that he was meant to weaken the region by killing the kings. Geralt hears Letho out and is forced to make a choice: either kill Letho or don’t. Geralt then reunites with Triss and Iorveth/Roche and they begin to travel to Nilfgaard.

Following the credits, a man is seen crossing a bridge after gathering some wood. He’s run down and trampled by a fleeing Northern army. The man lives and makes his way back home to witness his town in flames and being attacked by the massive Nilfgaardian army.

Wait! What are the Nilfgaardians?

Oh, right… The Nilfgaardian empire is the super powerful empire to the south of the Northern Kingdoms. They boast a massive, powerful army with really well-trained soldiers. Essentially, they’re the scariest mothers on the planet.

And this Wild Hunt thing that is in the The Witcher 3?

The Wild Hunt shows up several times throughout the first game, and is mentioned a few times in the second.

Fret not. Yenefer isn’t in either game, nor is Ciri. 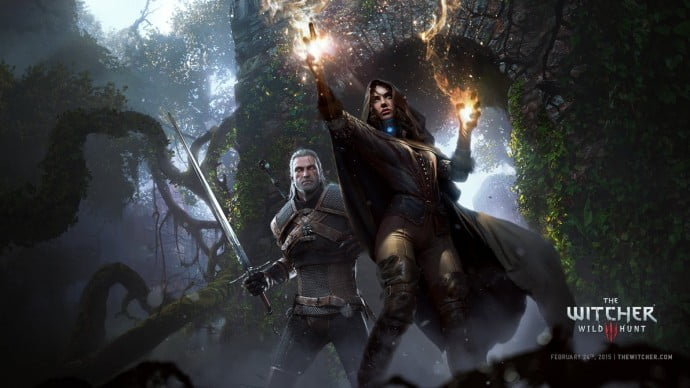 Yenefer is Geralt’s old flame and a powerful sorceress. She’s acted as a mother-figure of sorts for Ciri. In the end of The Witcher 2 it is revealed that Yenefer is alive and is also suffering from amnesia.

Ciri is Geralt’s underling of sorts. He helped to raise her and train her to be a Witcher, too. 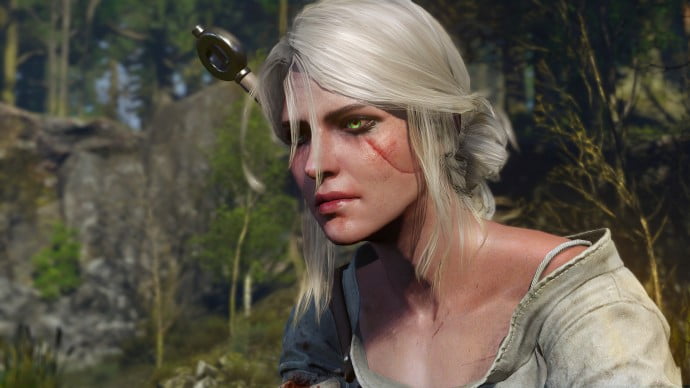 Neither characters appear in game, but in The Witcher 3, Ciri is playable, and a romantic option is available with Yenefer (but don’t forget about Triss!).

Does that cover it?

Pretty much! CD Projekt Red says you don’t need to have played the prior two games to understand the story of the third, but considering how complex the plot is thus far, I find that surprising and not altogether believable.

Editor’s Note: There are some obvious points missing in this. Some are intentional, a lot are not – that’s just the nature of trying to summarize hundreds of hours’ worth of content into a relatively short piece. We’d love to add in missing details, so please leave comments below on anything you wish we didn’t skimp over and we’ll consider adding it to the piece. Just don’t be a dick about it.

Tyler lives in the Portland, OR area with his wife and cat. He loves pizza, comic books, and video games.
Show 6 comments