Hey all you beautiful people (yes, you)! We here at GIZORAMA would like to officially welcome you to the weekend in the only way we know how: by bringing you top-notch streaming with one of our friends from across the pond!

Starting at 4AM PST (12PM GMT), COGSoldier1711 is going to take us with him as he prowls the streets of The Order: 1886‘s 19th Century London in search of dirty half-breeds. Will he survive the onslaught of werewolves and vermin, or will his newfangled electric gun sputter out and die on him? The only way to find out is to watch, so make sure you show up!

As it just so happens, COGSoldier1711 will be our first hosted streamer to participate in multiple sessions per day and multiple days per week, so be sure to catch him for a second round of The Order: 1886 later today at 11AM PST (7PM GMT), and later this week. You can see his full schedule here! 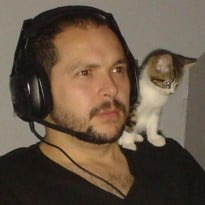 Though he may live just five minutes from the beach at his home in South Wales, U.K., COGSoldier1711 (and Knack the Cat) can’t help but spend his time exploring the fantasy lands of gaming with Bromageddon, his clan of online compatriots. Having started with the early days of the Sega Mega Drive, he’s gone on to own just about every console since and has yet to ever look back.

COGSoldier1711 refuses to limit himself to a fixed genre, and instead appreciates facets of every class of game, whether it’s a fast-paced racer (which he used to teach himself to drive), a hectic FPS, or a drawn-out RPG. As far as favorite titles go, Shenmue and Shenmue 2 (for the Dreamcast) hold the number one spot in COGSoldier1711‘s heart, and he firmly insists that Shenmue 3 will eventually see the light of day, regardless of what SEGA has to say on the matter. 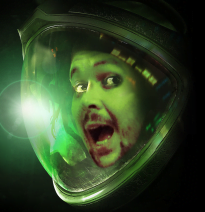 While he takes time to appreciate what the competitors have to offer, COGSoldier1711 is a strong proponent of team PlayStation, going so far as to brave the midnight lines of release day in order to snag the PlayStation 4. He also takes great pride in his critical analysis of games, having even single-handedly run his own review site in the past. Since the birth of next-gen, however, COGSoldier1711 has turned his sights on streaming, further integrating himself within the community and sharing his love of gaming.

Not a day goes by where COGSoldier1711 isn’t gaming in one way or another, and he one day wishes to professionally represent the industry at venues such as E3 or EuroGamer. His passion for the world of videogames is evident in the way he talks about the latest trends and news, and his involvement with the community through streaming further elevates him into the limelight. He’s a great guy, an excellent gamer, and we’re proud to host him as our Streamer of the Week! 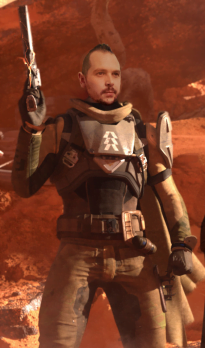 Want to join him for a raid or see more of Knack? Well don’t be shy! You can check out COGSoldier1711 and the Bromageddon Clan by using the following links: