Welcome back everyone! We’re back in action today after our break last week (even we need a moment or two to kick back and breathe), bringing with us yet another awesome streamer for your enjoyment! So sit back, relax, and let’s enjoy some Counter-Strike: Global Offensive with Living Dead!

Starting at 11:00 AM PST (7:00 PM GMT), Living Dead will take us with her as she engages in some good ol’ fashion counter-terrorism. Will she rescue hostages and defuse bombs, or mow down hundreds of other players in traditional deathmatch? Tune in to find out!

A Little Bit About Our Guest 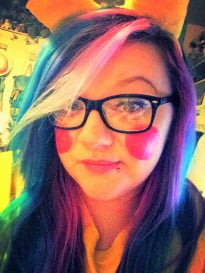 Miss Living Dead (or Blu, as we’ve come to know her) hails from Surrey, UK, and has been streaming since 2013. Having been born in the early 90s, Blu grew up with a controller in hand, kickstarting her auspicious gaming career as she watched her Nan play Sonic the Hedgehog (which, as a result, led to her first word being “Sega”). Ever since, she’s dominated the gaming scene with a collection of both retro and next-gen consoles, along with a custom PC. 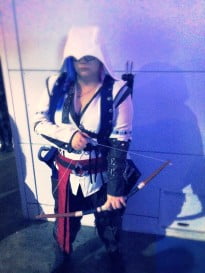 When she isn’t streaming to Twitch or uploading a Let’s Play or unboxing video to YouTube, Blu likes to spend her time cosplaying. The most notable ensemble, seen to your right, was her gender-bend take on Assassins Creed’s own Connor Kenway, which she showed off at EGX.

2015 is shaping up to be quite the year for Blu, and a new sponsor agreement with Razer makes it all the better! You can connect with Blu/Living Dead using the links listed here. Stop by and show her some love!

When his nose isn't diligently to the grindstone, Johnny can be found skulking around the dark corners of San Francisco's many pubs. You can contact Johnny via Twitter or ouija board.