Hello again, everyone, and happy Friday! Streamer of the Week was a big hit last Saturday, and today we have the honor of hosting Vegeta8300 as he plays Guild Wars 2!

From 7-11pm EST, Vegeta8300 will take us through the contested lands of Tyria with his character Ellaveth, showing us the ins and outs of this gargantuan MMORPG. Will he befall an evil dragon, or just loads of other players, talking smack and hitting the dance command? The possibilities are endless! So join us and and this stoic streamer as we enter a mystical land of fantasy!

Vegeta8300 is a veteran gamer with all the skill and know-how of an RPG master, and we’re thrilled to feature him as our second guest on Streamer of the Week! Thanks, Vegeta8300!

A Little Bit About Our Guest 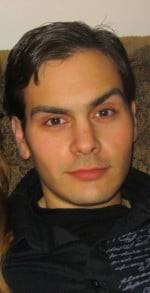 Having been born at the tail end of the 70s, Vegeta8300 grew up in the direct wake of the videogame boom, starting his gaming career with the Atari 2600. From there he moved on to the NES, diving deep into the Mario and Zelda franchises, truly finding himself within the gaming community.

Once he hit his teenage years, Vegeta8300 found his way into PC gaming with his own modified rig and has yet to look back, though he doesn’t shun the console world completely. Among his top all-time favorites, Chrono Trigger, Final Fantasy 6, and the Zelda series reign supreme (you can even see the Triforce inked on his wrist!), and as evidenced by his choice today, Vegeta8300 mainly prefers RPGs, though he spends quite a bit of time in the FPS realm as well.

Vegeta8300 first stepped foot onto the Twitch scene during the development of DayZ, starting his first few streams with a group of friends. He cherishes the connection to the community and has a “tendency to talk…a lot” with his viewers. Like last week’s guest, Vegeta8300 also has a special interest in setting up events for charities that battle Crohn’s Disease, and plans on building up his channel to better support Crohn’s/IBD research.

You can connect with Vegeta8300 using the links listed here. Check him out and show some love!