Do hate getting into group fights, only to find yourself being pummeled into the ground while your partner loftily takes on one or two baddies at most? RockSteady Studios has a solution for you in their upcoming Batman: Arkham Knight, as explained above in their second gameplay video.

The short video, titled “Let’s Play Dual Play,” highlights an action sequence with Batman and Nightwing to showcase how switching between characters during the middle of the fight works to the player’s advantage. Swapping bodies with the AI in the middle of a brawl also allows for dual-character combos and finishing moves, which were displayed in the last trailer, “All Who Follow You.” Combo buildups, as explained in the video, transfer over to which ever character the player currently occupies, so there’s no need to worry when it comes to breaking the chain of bone breaking beatings. 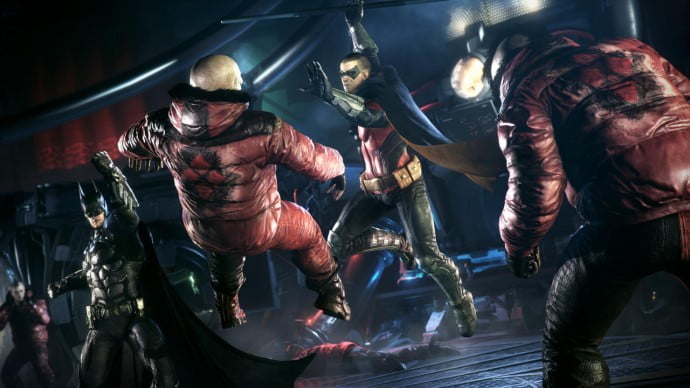 Batman’s new allies, also including Robin and Catwoman, will all appear in scripted sequences where players will have the chance to swap out and fight alongside the Dark Knight. The video also explains the increased number of enemies, and includes a handful of fan question/answers that may or may not (they do) contain spoilers for the story.

Batman: Arkham Knight is set to launch June 23 for the PC, PlayStation 4, and Xbox One. Be the hero Gotham deserves, not the one it probably, desperately wants!