Bethesda announced Wednesday that Elder Scrolls Online will officially be available for the Xbox One and PS4 on June 9, 2015, and that consumers on either of the next-gen consoles or PC will no longer need to pay a monthly subscription to play.

Starting March 17, 2015 for PC players, there will no longer be a monthly payment (though a one-time payment of the game is required) and the game will be renamed The Elder Scrolls Online: Tamriel Unlimited. The switch to free play will include all of the current content and “exciting new Justice and Champion systems,” according to a press release.

PC players will automatically be switched to the free-to-play system, but can still choose to pay and receive the premium service, ESO Plus, which includes “in-game bonuses, a monthly allotment of Crowns [in-game currency] to use in the store and access to all DLC game packs while a member.” 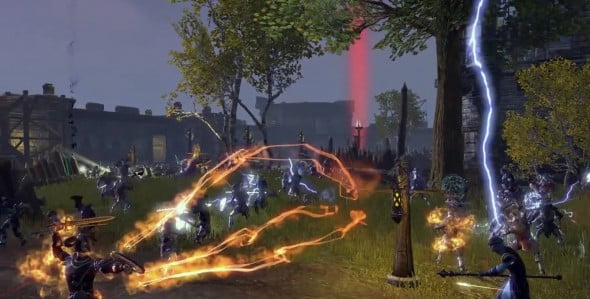 Xbox One and PS4 players will still require an Xbox Live Gold Subscription and PlayStation Plus Membership, respectively, to play Elder Scrolls Online.

You can check out more details starting at 9 AM PST on Bethesda’s Twitch channel!