Xbox One and PC gamers will have a chance to dive headfirst into Dragon Age: Inquisition‘s first bit of DLC, Jaws of Hakkon, while PlayStation 4 owners will have to wait a little while longer.

Jaws of Hakkon, which is available for $15,  takes players to the woods and “overgrown wilderness filled with Avvar hunters,” where they will “discover the fate of the last Inquisitor and the powerful dragon he hunted.”

While exploring the dangerous forests and mountains of Southern Thedas and an “ancient Tevinter fortress that hides a dangerous secret,” players will have the chance to discover new legendary loot, fight new enemies, and take on a world-destroying “ancient god of war.”

You can check out some screenshots from Jaws of Hakkon (above/below) and watch the trailer (above). The official release date for the DLC’s PlayStation 4 debut has not yet been announced. Dragon Age: Inquisition was met with critical acclaim during it’s November 2014 release, and is available for the Xbox One, PC, PlayStation 4, Xbox 360, and PlayStation 3. 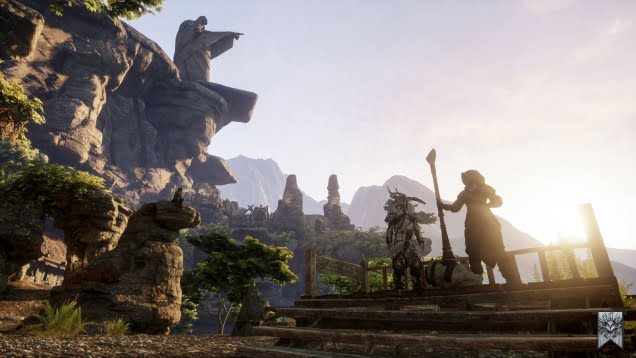