The title has been available on tablets and desktops for nearly a year. It was released for PCs and Macs in March 2014, and the iOS release came soon after. Blizzard has been promising a smartphone port since the game’s initial launch one year ago, and now that the game has gained enough traction (to the tune of 20 million active players), Hearthstone is finally available on Apple and Android smartphones. 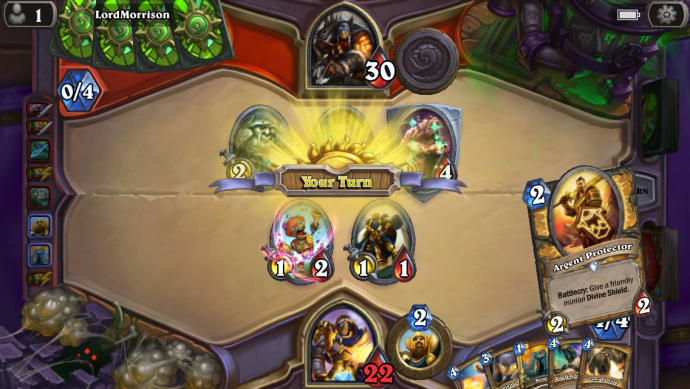 The new layout re-arranges things, but maintains the same fantasy flavor found in desktop and tablet versions of the game. Your card hand now resides in the bottom right of your screen, and some of the charming interactive details of the map’s environment have been removed to leave more room to play.

Free-to-play, Hearthstone requires players to collect and organize a myriad of cards and types for each one of its nine character classes. Each player begins with 30 health-points, and over the course of the game uses their card collection to neutralize and overpower their randomly chosen opponent.

The game charges no monthly fee, but players can purchase card packs to grow their card collection. Players can earn in-game gold by completing quests; there is one quest issued a day, with a maximum of three challenges available at any time. 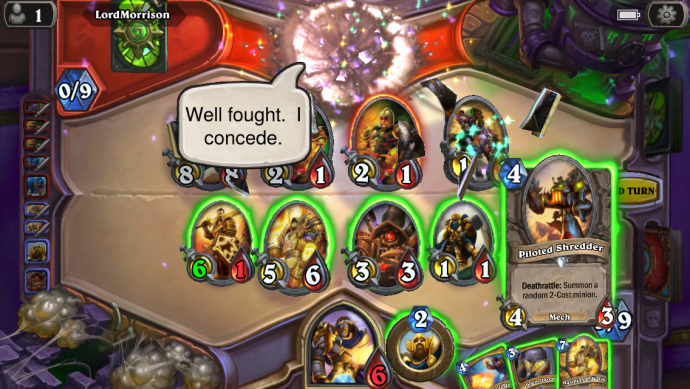 In-game coins, as well as real-world monies, can give players access to adventure modes as well. Hearthstone has rolled out two adventure modes since the game was unveiled last year: Naxxramas around the summer season, and Blackrock Mountain just this past month. These campaigns offer players new card backs, insight into using a whole new class of cards, and the opportunity to learn more about the Blizzard universe – World of Warcraft, in particular. Hearthstone rolled out its first expansion, Goblins vs. Gnomes, last year as well, throwing another nod to the WoW universe.

Current players have expressed skepticism as to how much integrity the game can offer on the diminutive screens of most cell phones. So far, however, the changes made to this port seem to have maintained readable cards and maximized the space of smaller screens. The material and content behaves the same, with the exception of the game board. Instead of four interactive corners, the iOS and Android versions will offer only two per match. Once the game is downloaded, players will receive a complimentary classic card pack.

Android and iPhone users can expect to sync all of their previous experience and achievements in Hearthstone by signing in to their Battle.net accounts. Custom decks, experience, and gold are all transferable to handheld devices. You can download Hearthstone: Heroes of Warcraft from Google Play or the App Store starting Tuesday. 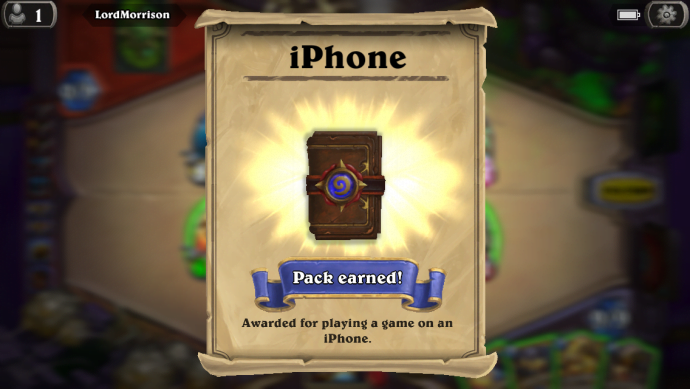