Nintendo recently announced a pre-order deal for the 3DS release of Zelda: Majora’s Mask 3D, featuring both the game itself and a detailed Skull Kid statue, seen below. 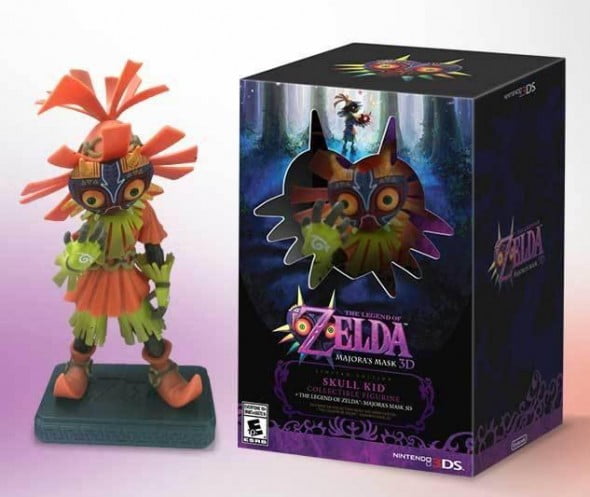 Amazon is currently taking sign-ups for notfications regarding availability, and the suggested retail price stands at $50. The game alone will be available for $40, though Nintendo has yet to set a firm release date.