Developer Streum On has released several new screenshots for their upcoming FPS, Space Hulk: Deathwing, an adaptation to the popular Games Workshop tabletop set in the Warhammer 40,000 universe.

Space Hulk: Deathwing sets players in a deathly struggle against all manner of Genestealer fiend on a dead, floating ship. Playing as the librarian, players will have to use their wits, weapons, and powerful psychic abilities to protect their Terminator squadmates. With a storyline written by Black Library author Gav Thorpe, the intense journey pushes players to the limit as their forced to fight in cramped hallways and command bridges. 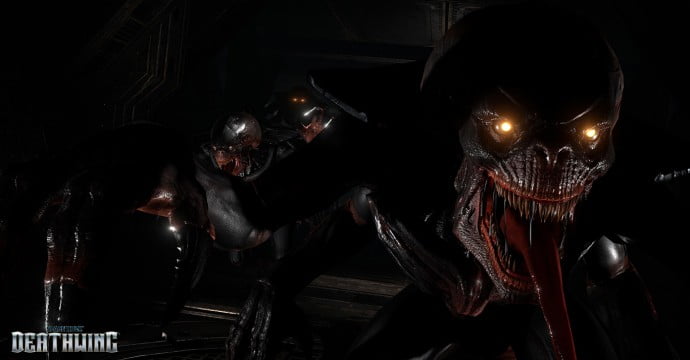 Along with a solo story mode, Space Hulk: Deathwing will also feature class-based cooperative play and “will demand not only savvy hand-eye coordination, but also clever use of squad tactics coordinated by the Librarian.

Streum On has reportedly created a dynamic AI system capable of scaling attacks depending on the operational ability of the player squad, which will always provide the proper amount of challenge to players.  According to the press release, “you’ll have to work as a team in multiplayer – or give the right orders to your AI squad in single player – to survive the harsh realities of war in a Space Hulk.” 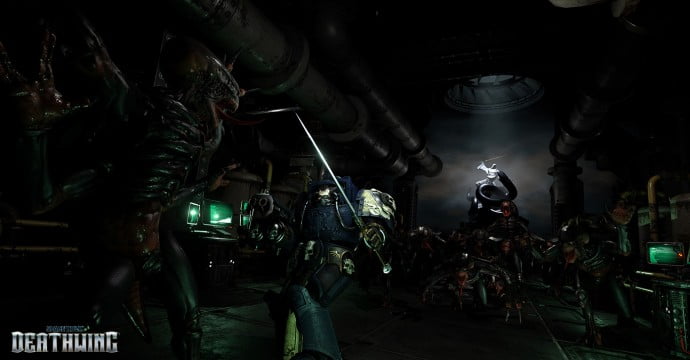 While Publisher Focus Home Interactive has yet to announce a release date (which they are possibly saving for an E3 reveal), they have stated that Space Hulk runs on Unreal Engine 4 and will be coming to PlayStation 4, Xbox One, and PC at some point in 2015.

You can check out the screenshots below, or watch the trailer here. Don’t forget to visit the game’s website for more details!