Mekazoo, the upcoming 2.5D platformer coming to PS4, Xbox One, and PC in early 2016, was just announced to feature a cooperative game mode.

The press release issued this morning by The Good Mood, the team behind the game, states:

In Mekazoo, the stylish mekanimals challenge levels in pairs as a tag team, seamlessly switching between each other at the touch of a button. In cooperative multiplayer, each player controls a single mekanimal, the inactive player controlling only the “switch” button to transform to their animal, creating dynamic moments of teamwork and cooperation.

Exactly what this means is unclear at this time, but Mekazoo will be playable at PAX Prime late next month, giving gamers ample opportunity to get hands on with the game. 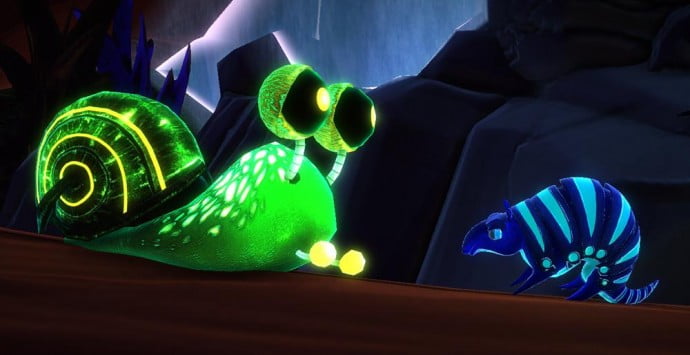 The games creative director, Jarret Slavin had this to say:

The reception to Mekazoo at shows like SXSW and GDC has been overwhelmingly positive and we are thrilled so many people are eagerly anticipating its release. The most common request we’ve received is for local cooperative multiplayer, so we’re proud to announce PAX Prime attendees will have the first opportunity to try it.

For more information, check out the trailer above and let us know what you think of the announcement in the comments!