Far Cry 4 takes a turn for the chilly (and chilling) with Ubisoft’s latest announcement that Valley of the Yetis, Far Cry 4‘s next expansion, will be available March 10 for all current platforms.

In keeping with the lightly-mythical theme of Far Cry 4, Valley of the Yetis will introduce both a new group of cultists for players to combat and massive, violent yetis to avoid (or fight, whatever makes you happy). Taking place in the Himalayan Mountains after an unfortunate crash, players will be forced to secure and protect a secured camp in order to stay alive. 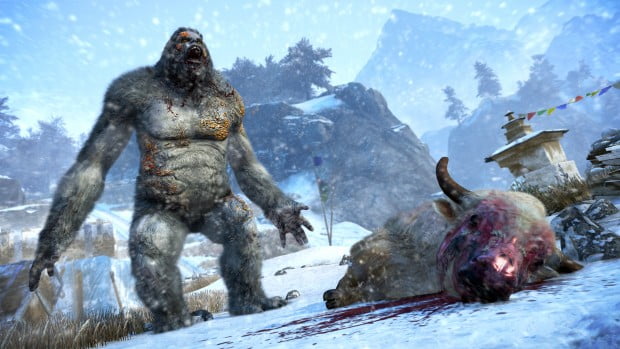 Valley of the Yetis, playable in solo or multiplayer mode, is included in the Far Cry 4 DLC pass, but can also be purchased separately. Check out the trailer and tell us what you think! Are you brave enough to face the hairy beasts on March 10th?