The age of hiding your wireless router in the broom closet has finally come to an end. With its sleek, otherworldly design and unmatched performance, D-Link’s AC3200 Ultra WiFi router (DIR-890L/R) easily takes the cake in terms of looks, power, and user-friendliness.

Out of this box, out of this world
Being the sucker that I am for sweet packaging, the DIR-890L/R instantly had me at hello with the sheer size of the box alone. Packed snugly inside lay a metallic-red, pyramidal giant, antennas folded into the body like the legs of a large, slumbering predator. Weighing in at roughly 2.95 pounds, this 9.8 x 15 x 5 behemoth easily took up the greater part of my already cramped server shelf. Six LED indicators line the front-facing ridge, and the back hosts four LAN ports, one Internet port, and 2 USB ports (2.0 and 3.0). The six antennas fold up at either 90- or 45-degree angles, and the overall symmetry of the unit is pleasing to the eye. With instruction manual in hand and cables unwound, I set to work inspecting the titanic machination before me.

All the bells and whistles
In its bowels, the DIR-890L/R runs a 1 GHZ dual core processor, providing it with the power to capably manage a multitude of devices simultaneously and produce boasted speeds of up to 3.2Gbps. With 4K streamers and online gamers as its targeted audience, the DIR-890L/R excels with its Tri Band Wi-Fi, offering one 2.4 GHZ band (for skyping, surfing, and typical light duty), and two 5 GHZ bands for more wireless-intensive activities (such as HD media streaming and gaming). Even if you’re not sure what kind of connection you need, the Smart Connect Technology will choose the band with the strongest connection while freeing up the other two.

The Smart Beam forming capability and 6 antennas situated around the DIR-890L/R increase the reach and connection of the unit to various devices around the house, and the signal reach extends well throughout every room. The Airtime Fairness feature conveniently adjusts data rates to skirt around lag issues whenever a slower device joins the network, and the QoS engine sorts traffic across the bands to ensure constant performance. The 3.0 USB port located on the back of the DIR-890L/R can be used to easily upload and stream pictures, videos, music, and documents to mobile devices (with the help of the SharePort app), and the 2.0 USB port is more than capable enough to share a printer for every device in the house. 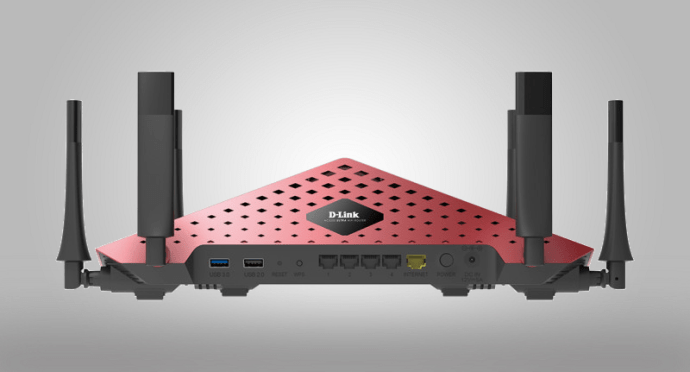 The dreaded setup
Whereas previous router escapades have left me in the throes of a massive headache, whether due to horrible customer service, murky instructions, or just plain horrible user interface, the DIR-890L/R was as easy to set up as it was to unpack, and D-Link’s UI proved extremely handy (and almost informative). I was up and running in no time after hooking up my laptop to one of the four Ethernet ports, deftly setting up a name and password for the network while at the same time having the ability to manage every device that was currently connected.

From the simple, uncluttered dashboard, I was able to use the QoS engine to allocate priority to whatever device I saw fit, with one slot open for Highest priority, two slots for High, and eight slots for Medium. There’s something to be said about controlling the flow of Network data for all of my roommates with the click of a button (all I know is that someone else needs to start doing the dishes and vacuuming). In all seriousness, D-Link’s UI is probably one of the most pleasant parts of this whole experience, graciously allowing me to do anything from establishing time schedules to setting up a Quick VPN with relative ease. While there’s plenty more a smarter user could have done, the initial setup and minimal customization was a process that soaked up the better side of seven or eight minutes, tops. 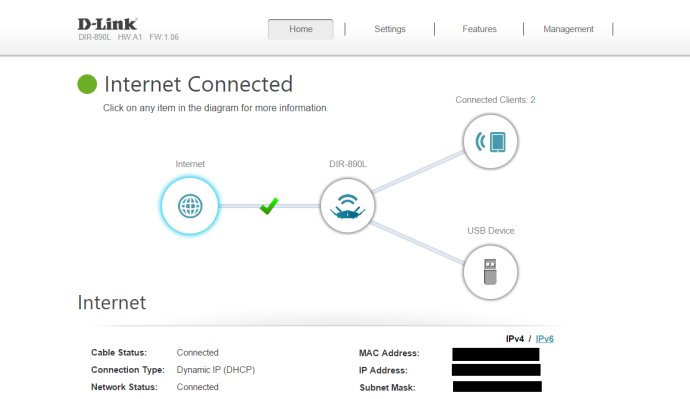 Have a seat on this bench, Mark
While it beats its chest over the blisteringly fast 3200 Mbps ceiling, I had jumped into this investigation knowing full well that my DIR-890L/R wouldn’t see speeds even close to that. What I wasn’t prepared for, however, was just how blindingly fast the overall connection turned out to be. I ended up testing at a couple different distances from the router, and while I can’t account for the interference of the walls or lead paint (probably a joke, but I’m not entirely sure), I can happily report the following speeds:

As you can clearly see, the DIR-890L/R performs phenomenally at any range expected of typical in-home users. Having my roommates connect all of their tablets, laptops, and phones to simultaneously surf, stream, and chat even proved a minimal strain to the overall performance, and lag was a word unheard of. The sheer overkill seems a bit ridiculous from a numbers standpoint, but this tank of a router nonetheless refuses to back down in the face of a houseful of gamers and Netflix addicts. 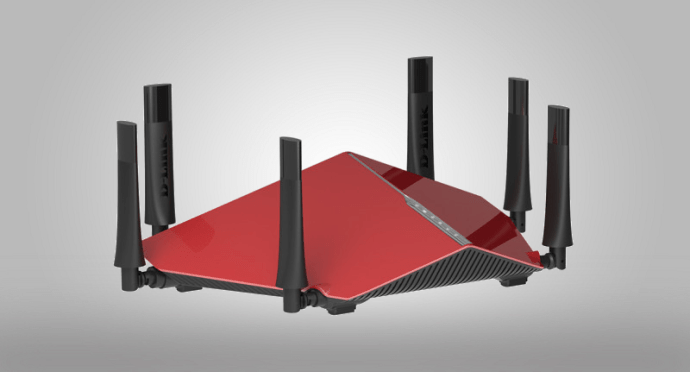 Any last words?
Because I won’t be able to sleep well at night without pointing out at least one flaw in the otherwise impeccable design, I will say that the overall size is a bit ridiculous, and I don’t have high hopes for the shiny, oh-so-scratchable faceplate. The unit is soundly built and looks beautiful, and such care has been spent to ensure it performs to the best of its abilities, so it boggles my mind that this $287 router comes with the shortest possible Ethernet cable known to man. Like many other users, my routers are located high up on a shelf in the broom cupboard, turning the initial setup with the laptop into a dangerous and possibly pricey balancing act with the impossibly short cable. This is an extremely minor quibble, but it does seem rather obvious. The aforementioned price tag either meets or exceeds the other available Tri Band routers available today, and $300 out-the-door may be a limiting factor for a lot people.