A friend once asked me to sell him on Deus Ex. I told him that the magic of Deus Ex is the perceived limitless options, despite there only really being maybe 2 or 3. Human Revolution was masterful at making me feel like the world’s smartest person for finding that one vent hidden behind a dumpster. Mankind Divided‘s greatest folly is that it’s really more of the same, and the illusion of choice so wonderfully balanced in Human Revolution, becomes a bit more transparent this time around. 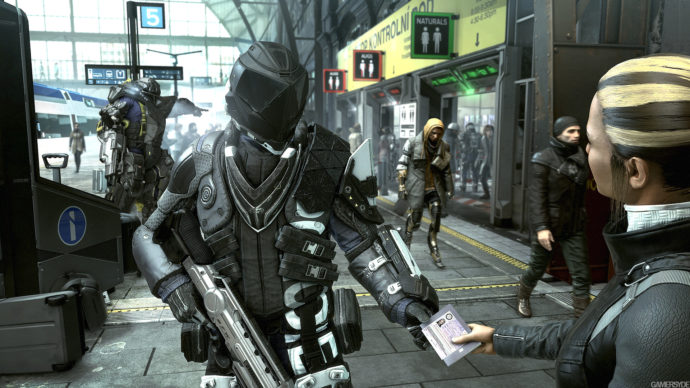 The key here is all about how you develop your Adam Jensen. The introductory level demonstrates what an all-powerful Jensen can be, with several key augmentations fully upgraded. The result is a peek at which abilities you might upgrade earliest once you’re unleashed on your own. Choosing how you want your Jensen to upgrade will also dictate how you’ll end up playing the game. My Jensen was extremely skilled in hacking and stealth, so naturally I strayed away from gunfights and towards security terminals and the aforementioned hidden vents. This unfortunately means choice begins to go out the window by mid-game. I became so powerful as a hacker and so useless as a fighter, that I’d die within moments of being spotted, however by the end of the game, you’ve spent so much time accruing XP that you’re able to diversify your abilities a bit more. By the game’s end, I was a super soldier who could sneak or shoot. It didn’t matter.

Mankind Divided becomes more rewarding when you set limitations on yourself, as opposed to allowing the game to do it for you. Saying to yourself “I won’t kill any police” makes the act of having to kill a cop carry more weight, making the move feel like a failure. The game attempts to add in moments of moral judgment, for example after sneaking through a crime scene, I had to knock one cop unconscious. When I returned to my HQ, I was reprimanded for attacking police. These moments are brief and rare, and if there were more common, Mankind Divided would have presented a moral grounds on which you’d choose to operate (for better or worse). 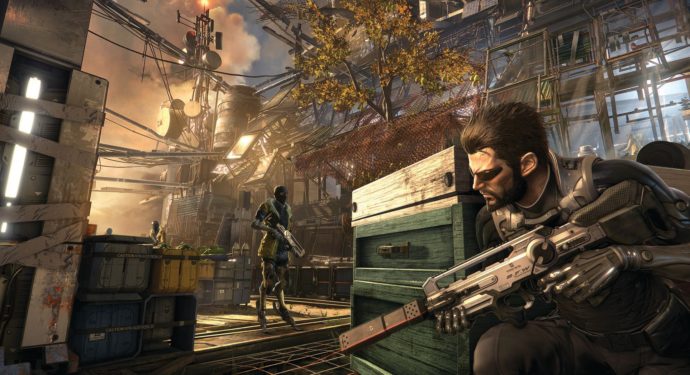 Mankind Divided features a fair number of new augmentations from Human Revolution. Narratively, they allow for this via a Jason Bourne-esque “I forgot everything since the last game” in which we only really know that Jensen was the subject of some experiments in Alaska. The new augs are mostly useless, especially as someone interested in stealth. Some are useful for killing, some for knocking unconcious. But the best, in my opinion, and by far the most useful, is remote hacking, an ability which opens up a ton of options. For a large chunk of the game, you are limited by which new augs you can select (described as “experimental”). By selecting one, you are forced to choose another that you’ll never be able to unlock. It made me more selective about which I’d choose, and unfortunately deterred me from choosing them in general. 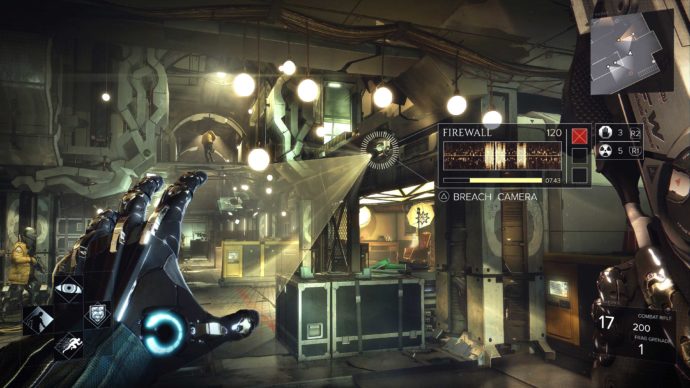 By and large, Mankind Divided is as good a game as Deus Ex has been since the first game. It’s mechanics from Human Revolution have only improved. Controls were often clunky – particularly with a controller – in HR, but in Mankind Divided, the controls have seen a complete overhaul. Aiming down sights is now a right-click away, as opposed to the middle mouse button in the past, and taking cover is as simple as hitting a button. If, like me, you’re coming right from Human Revolution to Mankind Divided, it will take some getting used to, but once you are used to it, the format makes much more sense.

Mankind Divided also takes a step in the right direction from a plot perspective as well. Though the story is still woven intricately and features enough sci-fi conspiracy theories to make Assassin’s Creed feel juvenile in it’s approach to similar subject matter, this time there’s a stronger emotional reason to move forward. Mankind Divided‘s promise of exploring themes of prejudice and apartheid are on full display. Police are constantly holding augs at gunpoint and the city of Prague feels like it’s always on the verge of teetering over into full-on unrest. Perhaps what makes it most effective is how Jensen is integrated into all of this. Being a member of an elite INTERPOL team, he’s allowed a bit more access and freedom than nearly anyone else. But the police are wary of Jensen (because he’s an aug) and he is routinely harassed as a result. It’s often inconvenient, being forced to stop at checkpoints, but that inconvenience makes it difficult to ignore what’s happening around you. In this respect, Mankind Divided is extremely successful. 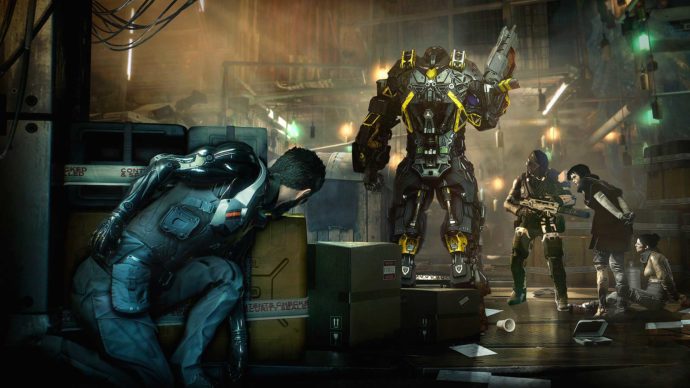 Despite my few hang ups due to a little bit of familiarity, Mankind Divided is a truly great experience, one that only comes around every few years (or as often as they release a Deus Ex game). The freedom to operate as you see fit is the game’s calling card. Mankind Divided offers a more fully fleshed out world, with more areas to explore, more nooks and crannies to locate.