Telltale Games has made a name for themselves for taking already-existing properties, and creating something that is undeniably theirs. Sometimes this produces great results, like The Walking Dead, and sometimes… well, it doesn’t (Game of Thrones). Regardless, it’s hard NOT to be excited at the prospect of Telltale trying their hand at bringing something new to your favorite pre-existing properties. Here’s our list of 5 IP that deserve the Telltale treatment that you might not have considered. 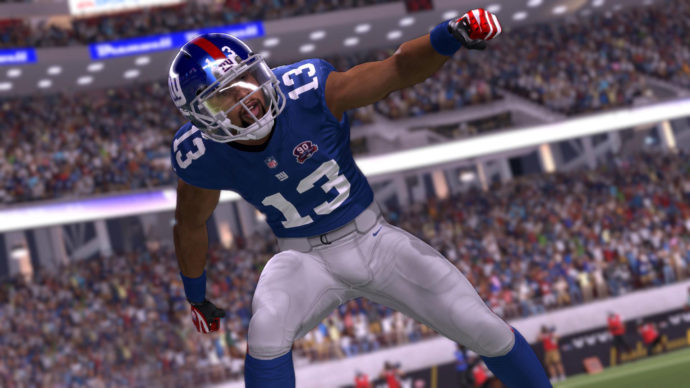 I had this conversation with a friend a year ago when I first considered writing this, and Madden was at the top of my list then, too. He called me crazy but would later come around to the idea.

The idea of story in sports games isn’t a wholly unique one. NBA2K tries their hand at it every year, and at E3 this year, EA revealed they were trying something similar with FIFA. The problem in both of those cases is that the story isn’t the star of the game. For both, people play to enjoy the sport, and anything else is extra. If Telltale took Madden and did something their own with it, we’d legitimately have an opportunity to play through the experiences a football player has to deal with on a day-by-day basis.

Consider the show Ballers on HBO. The show is far from perfect, but it’s about football players, rarely showing them actually playing football. Instead it deals with the ups-and-downs of fame and wealth, and managing their finances while family and friends try everything they can to have a piece of it. Hell, look at most movies about football. Football is rarely the most important part of the movie. So why can’t we experience something similar in a game?

Telltale Presents Madden follows a 15-year-vet QB as he enters his final season on a team he’s carried on his back for years. He’s tired and ready to retire, but wants to finish on a high-note. The team makes a few trades and gets an early pick in the draft, picking up a promising new QB. The 6 episode season starts with their meeting, shortly after the draft, as the vet shows the young-gun everything he knows about keeping his head in the game. The season ends with the Superbowl, naturally, and we see if our vet can win or lose in the big game. It’s unconventional, sure, but Madden is a big enough property that it’d be tough to pass something like this up.

It’s a long shot that this would ever happen, but hey, this is my list!

Yes, Quentin Tarantino, the famed director of the Kill Bill saga, as well as Pulp Fiction, Inglorious Basterds, and The Hateful Eight, has planned to make a volume 3 to Kill Bill for years, but it’s looking less and less likely to happen as time goes on. Time for the guys and gals at Taletell to pick up the reigns and end the series right.

Rumors have long circulated regarding the plot of V3, and a favorite among fans has been that it would follow Nikki Green, the daughter of Vernita, who witnessed the death of her mother at the hands of Beatrix in V1. In volume 3, Beatrix has grown into something similar to Bill from the first few films, and her daughter, B.B. is now very much like her mother before her, a super assassin. As it turns out, Beatrix’s attempts to leave her life of assassination behind her was a complete failure.

V3 retreads similar ground to the movies, but instead of Nikki, the playable character, hunting for Beatrix, Beatrix is sending her assassins after Nikki, in fear that Nikki is going to come after her. It’s a story that could be perfect for the difficult choices that Telltale is known for and would be excellent for showing off bad-ass kung fu. 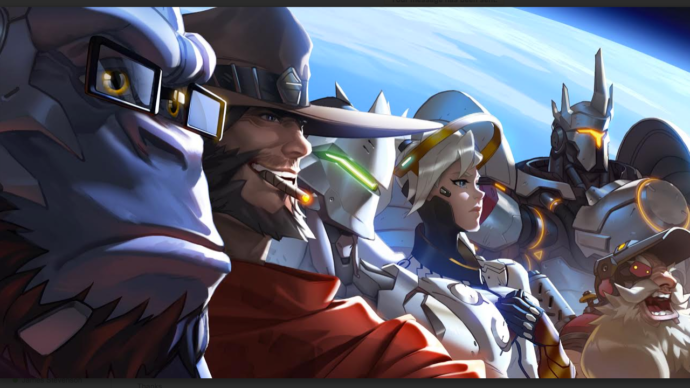 Overwatch is one of the hottest multiplayer games in years, and it’s in large part thanks to it’s excellent cast of characters and fun backstory. It’s too bad so much of that falls by the wayside once you begin fighting. Blizzard was kind enough to produce some really great short films to introduce us to the world and characters, and left gamers – myself included – wanting for more.

Working closely – very closely – with the geniuses at Blizzard, Telltale presents Overwatch: Origins tells the story of how Overwatch came into existence, starting all the way back as the Omnica Corporation began shutting down. The game will end in the creation of Overwatch. The player will play as a wholly new character, but the plan is that in sequels, the characters from Blizzard’s shooter are playable, and you can change your character at any time to best suit the scenario.

Another idea that could change up the Telltale formula a bit is to add some sort of multiplayer functionality. Overwatch is all about teamwork and character selection. We’ve already established that Telltale’s game would lean heavily on the character selection, at least in sequels, but why not include some sort of passive cooperative multiplayer component as well? Say, you choose to play as Winston, and that opens up certain dialogue choices between characters, but maybe your friend played the same portion as Tracer, and now the character you’re interacting with will act a certain way or say something differently because of how your friend interacted. It’s a reach, but it might be just what the studio needs right now to feel fresh again.

2. Indiana Jones and the Fate of Atlantis

If freshness isn’t what Telltale is looking for quite yet, then perhaps they can give us a throwback to one of the most beloved franchises of all time. No, not Star Wars, that’d be too obvious.

Indiana Jones and the Fate of Atlantis is well-loved by many old-timers that played it way back in 1992. This was way back when point-and-click adventures actually required pointing and clicking, something that Telltale has, for better or worse, managed to do away with almost entirely.

Telltale’s remake of Fat of Atlantis should follow roughly the same story of Indy’s search for the lost city of Atlantis. I’d hope to see some changes, but ultimately, Telltale would need to retain much of the original’s point-and-clickiness. It’s basically required to solve puzzles, something that many Telltale games have lacked.

In the end though, it should open the doors to future Indiana Jones games from Telltale, and that’s something I think we can all get behind. 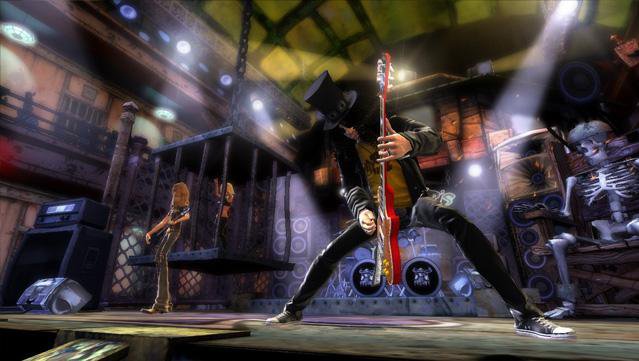 Like with Madden, I understand that there’s initial hesitation when pitching this one. But consider this a brand extension as opposed to a continuation. Guitar Hero is synonymous with music games, especially about 5 years ago. Perhaps 2016 is too late for this, but I think bringing a fresh perspective to the music genre could help bring it back.

I think that this deserves a more traditional approach than, say, my proposed Overwatch: Origins game. I don’t think this game should stray far from the formula established by Telltale in previous games. Guitar Hero doesn’t have to be about matching the buttons on screen, and in this case, it won’t. Instead you play as the lead guitarist in an up-and-coming rock band. Part of the fun of this game will be the player’s ability to drive the band’s future. Is the band a punk rock band? Metal? Synth-pop? These are all options, and will dictate the type of music you hear through out your experience.

You’ll take your band on the road, as you play small venue after small venue, before being invited along to join a major tour. It’d be beneficial for Guitar Hero to feature a licensed band, not unlike the series’ entries for Metallica and Aerosmith. Your character would learn a lot from the old-timers, but will also be introduced to many facets of stardom including drugs, groupies, rivalries with other bands, and in-band fighting.

To capitalize on the series’ musical backgrounds, song-writing sessions would be fantastic. I don’t expect there to be a full-on song composer, but something like… What comes next? A, B, or C, and your selection and the song it creates are featured in live performances. Certain combinations will also create songs that are more successful than others.