“I am 26 years old and my name is Jihad.” So begins a recent reddit post, from /u/iJihaD titled So SONY permanently banned my old-highly-invested-in PSN ID, then offered solution, then revoked it. Because Support can’t decide if I’m inherently offensive or not.. :(. For the uninformed (as I was), Jihad traditionally has meant in Islam, an effort or struggle on behalf of God. 26 years ago, Islamic extremism wasn’t as well-known in the western world as it has been since 9/11.

Jihad states that he recently pre-purchased Overwatch: Origins Edition on his PlayStation 4, and after playing for just 3 days, Jihad found that his account had been banned due to his “offensive” PlayStation username (iJihaD, same as his reddit account). After several emails with PlayStation support, Jihad received the email below. 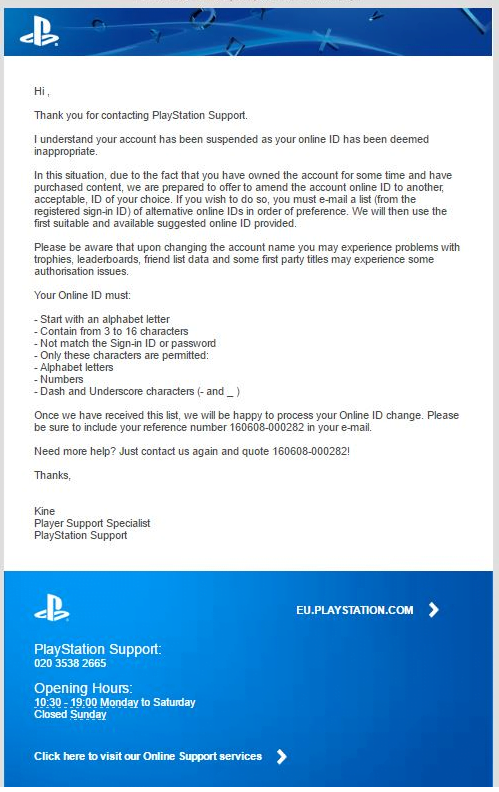 It appeared that the misunderstanding was going to come to an end, and Sony would allow Jihad to change his name. This is not an unprecedented move.

However, even after having received the email above, Jihad received no replies after agreeing to change his name from Sony for days, until he recieved the following: 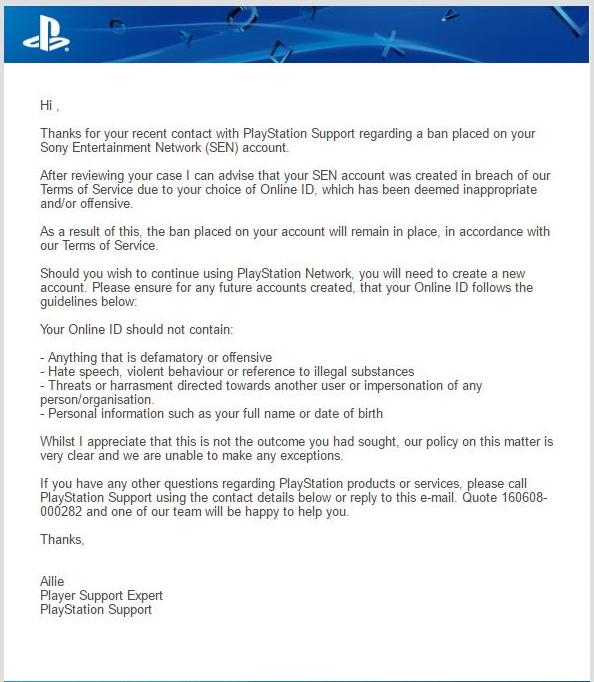 According to Jihad, another member of PlayStation’s support staff (Ailie) picked up his support ticket and felt the name was offensive.

At this time, Sony has not offered any further assistance to Jihad. We will update this article once something has come of it.

Tyler lives in the Portland, OR area with his wife and cat. He loves pizza, comic books, and video games.
Show 3 comments