Hello Games’ No Man’s Sky, the anticipated survival/adventure sci-fi game with procedurally-generated content for the PS4 and PC, finally has a release date. You can start exploring your newfound universe starting June 21st.

While the game is available for pre-order now, both physically and digitally, you might want to consider the exclusive PS4 Limited Edition. In it, you’ll find a steelbook case; a 48 page art book; a comic with contributions from from Watchmen co-creator Dave Gibbons, Deus Ex: Human Revolution and Star Trek: Titan writer James Swallow, and sci-fi illustrator Angus McKie; in-game DLC that includes the Phoenix Core, which boosts your ship, Trader Charisma, which is a bonus set of resources to give you an advantage in selling and trading, and the Boltcaser SM, a powerful weapon blueprint; and dynamic theme for your PS4. The Limited Edition retails for $80. 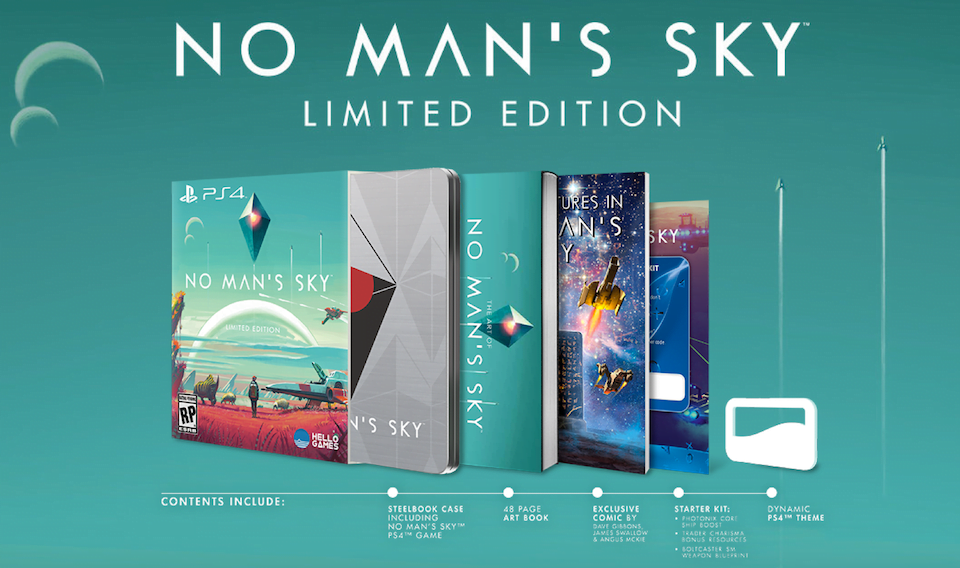 PC players, meanwhile, can splurge $150 for the Explorer’s Edition, which is sold exclusively by iam8bit and offers $210 worth of content. This version includes: a Steam or GoG downloadable copy of the game; a hand-painted, cast metal ship replica, 1:35 in scale with decals for customization; a hard-enamel traveler pin; a diorama display backdrop; and a mystery item that will be revealed at launch. The Explorer’s Edition is limited to 10,000 copies, so be sure to act fast! 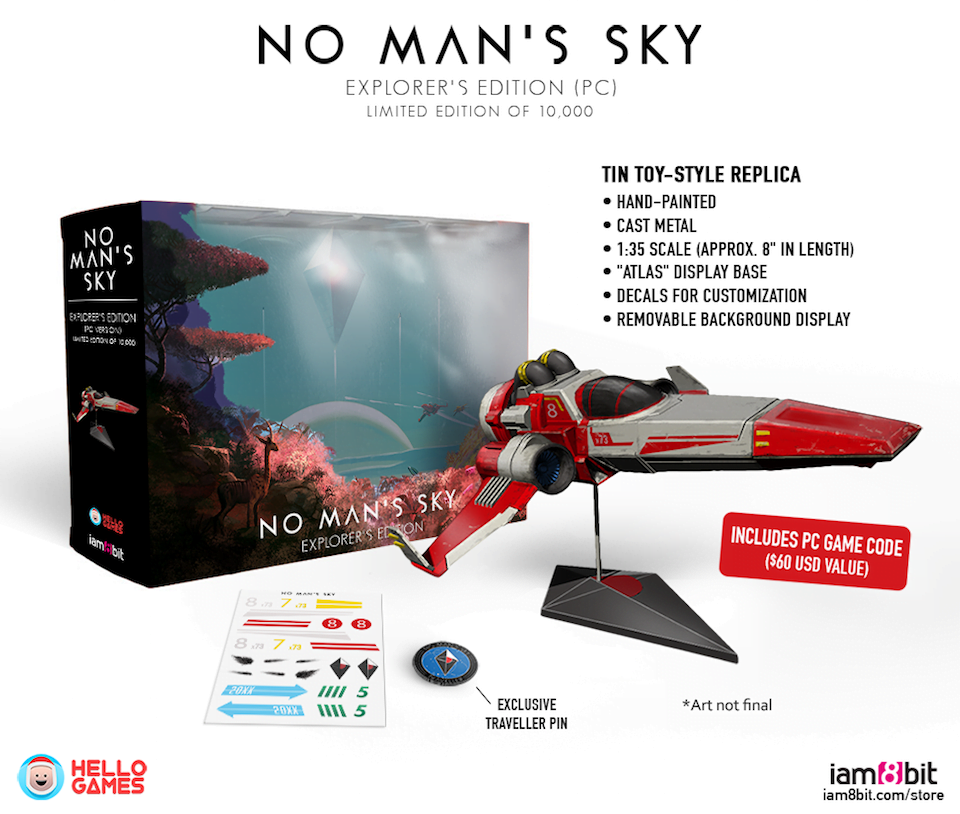