The upcoming Wii U-exclusive JRPG Tokyo Mirage Sessions #FE, a crossover of the Shin Megami Tensei and Fire Emblem series, will launch with a limited edition on June 24. Available only at GameStop and Amazon.com, the special edition includes a color artbook, a six-song soundtrack CD, six song cards, a sticker sheet, and codes for all five sets of planned DLC. The DLC contains additional quests and costumes, and will cost $2 separately if purchased outside of the limited edition.  This edition of the game will only set you back an extra $20, with a launch price of $79.99. 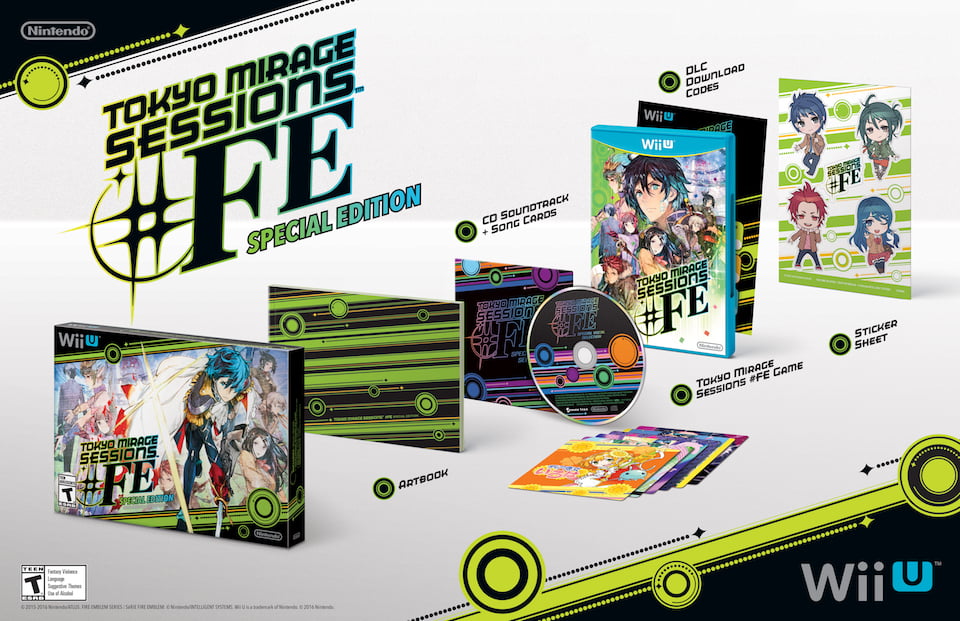