The God game genre has been explored time and time again. From the Black and White series to Peter Molynuex’s ill received follow up, Godus, the God simulator has taken many forms.

The Sims is probably the most popular god game out there, giving you complete control over the lives of your little people. Keep their needs fulfilled and their floating plumbobs green. Or stick them in the swimming pool and remove the ladder. It’s your choice. You’re a god, who’s going to question you?

Spore made you the hand of evolution, a scientist god creating creatures and watching them take their steps from primordial ooze to space travel. Black and White saw you working in a more traditional real time strategy setting, unleashing your divine wrath on your enemies and bestowing glory on your followers. Throwing a little natural disaster here and there to keep your enemies down and your people prosperous.

Crest does it differently. In Crest you’re a God in the most religious sense, dishing out your divine word on tablets as commandments, old testament style. It’s really that simple. You’re given a set of key phrases (or ‘words’) and you have to combine them in order to create commandments for your people to follow. Commandments such as ‘Forest – Produce – Food’ will command your people that live near the forest to produce food. Or something like that. Your people might wonder if that’s what God really intended, and they may interpret your commandment differently or associate that commandment with other actions. It could be that they don’t even really believe in you as a god and they just ignore you entirely.

The system is fantastically well built, and hinges on the concept that your people are autonomous making their own decisions based off of numerous factors that the game keeps track of. Factors such as the type of land a city is built on, the temperament of your people, or how well received previous commandments have been can all affect how your next commandment is received.

Your ultimate goal is to see your people prosper, however I found much of the enjoyment of the game is seeing stories unfold. It’s fun to put your commandment out into the world and see what happens. The game spins a little tale of your religion, and the real enjoyment comes from watching it all play out. It’s a thoughtful take on the god game, something developer Eat Create Sleep more affectionately calls a Religion Simulator.

It’s an apt name, attributing your power as a god to the interpretation of your word rather than omnipotence. This system presents an interesting challenge. When faced with typical real time strategy hurdles, such as an unhappy population or a lack of food, you have to figure out which combination of words will be best received. It’s not a simple matter of clicking a button to answer a  problem. You have to think back on your previous commandments, maybe promote an associated commandment or demote one that is causing this issue. Problem solving becomes fluid and finding the solution is a new experience every time.

However if you are looking for ultimate control the game can be frustrating. The commandments are essentially ‘ifs’ and ‘if elses’ and it can make the game feel a bit like you’re programming, but you’re programming a disobedient child that may or may not follow the code your write. Your commandments can feel very ineffective and honestly confusing if you want to see direct results. Crest is a game about testing and observation more than direct intervention, and you need the right mindset to enjoy the game.

It’s important to note that the game is still in Alpha, and not the complete intended experience, but as a proof of concept Crest is ambitious and entertaining. Every playthrough is different, and developing your own solutions to the problems you face is both challenging and rewarding.  However, If you’re looking for a game where you can control every outcome, Crest is not currently the robust gaming experience that will hook you in.

There is no other game quite like Crest. It’s religion simulated in all it’s loose and interpretive glory. An intelligent and interesting observational game, but one that could frustrate gamers looking for a more hands on experience. 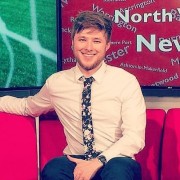 Josh is from a sleepy town in England, where he would spend free school periods with friends eating pizza and hosting Smash Bros tournaments. If Timesplitters 4 ever comes out, expect to find Josh comatose from shock and happiness.
Leave a Reply