With these city-building strategy games that focus more upon survival than expansionism, there’s very nearly a musical beat to the way in which they’re played. Like any good song, there’s a strong introduction: your villagers are secluded and without much in the way of shelter or food, and it’s up to you to start. Over time your population swells, just like the song, until the beat becomes recognizable. And this is the part where these games begin to collapse upon themselves. As strategy becomes more recognizable – as the village becomes self-sustainable – the actual survival aspects become moot.

Life is Feudal: Forest Village takes the Life is Feudal property and expands it from MMO to survival simulator. It’s definitely a weird turn, to take a brand that holds nearly no weight with most gamers, and take it in an entirely different direction, but Forest Village is capable of standing on its own. 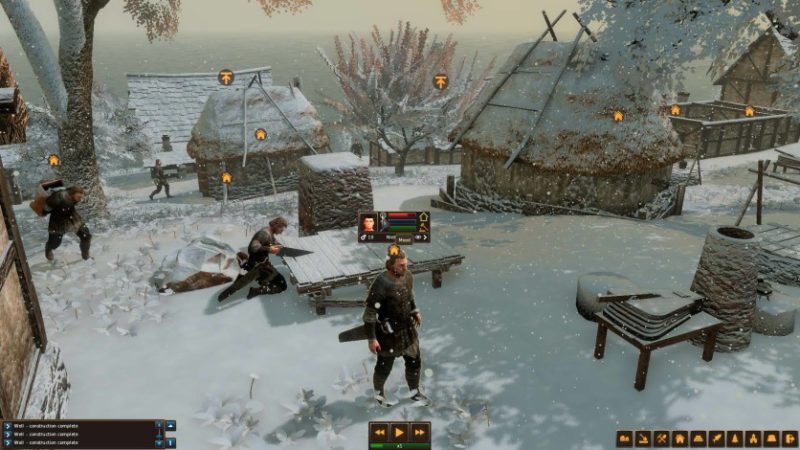 Players start with a small village, maybe consisting of a well and three huts for it’s inhabitants to live in. Your initial task is to find a suitable source of food, and eventually you want to expand upon that, with more farming, hunting, and gathering as time goes on. Forest Village approaches food in some interesting new ways, for example your villagers require a variety of food types – you’ll need to hunt, fish, gather… – or else they’ll face vitamin deficiency. Additionally, waters can be over-fished and animals can be over-hunted. If you’ve been hunting the same area continually for five years, eventually the animals are going to learn to avoid that area. Same goes for fish, and you’re required to expand your areas or, if you’re smart, invest in new means for obtaining foods, such as farming and raising cattle.

You’ll soon begin to realize that your village will begin requiring more luxury items. The first I noticed was when a few villagers died one winter from being too cold. They all had homes with heat, but that wasn’t enough. Searching through the available buildings, I began noticing that I could create clothes for my villagers. I built a building to make clothing, but then learned that, in fact, I’d need additional supplies that could only be obtained through farming. 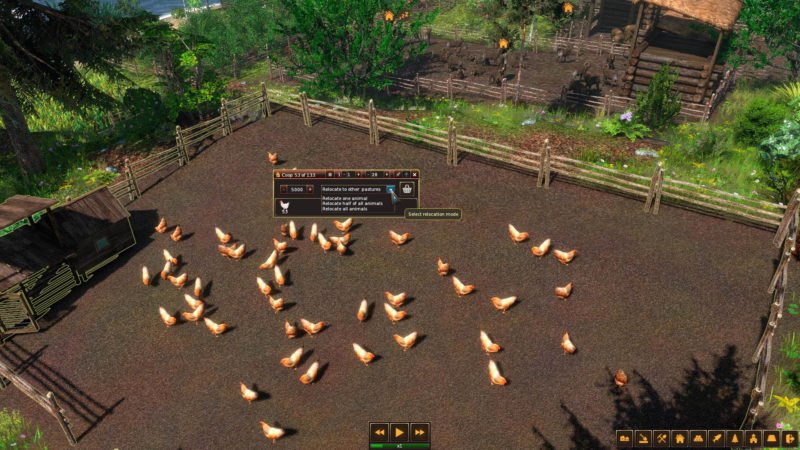 Forest Village cleverly hides it’s incremental approach to supplying your village with proper supplies. Instead of having these items chained together (“build this before that”), it instead encourages you to consider what is most important over time. In order to create clothing, I needed to first farm Flax, something I figured would be used for eating. There are a handful of additional scenarios in which this type of thinking is required, sometimes in ways you would not expect.

Eventually, though, despite some of Forest Village‘s greatest efforts, that aforementioned musical beat makes itself more apparent. I found myself lost in the groove, and my village quickly was able to sustain itself with only minor adjustments. If the first year of my village took up an hour of my time, the fifth took just 15 minutes, and most of that was waiting out the winter to expand my crops, or waiting for the villagers to, slowly but surely, gather the necessary supplies from the supply house to build whatever building I wanted to next. At this point, I only really needed to expand the number of houses my village had, expand my farming and, sometimes, I needed to address a dwindling food supply.

Forest Village does give you the opportunity to click on any villager and move into the first person, getting to experience life in your budding village. While I rarely found the feature useful, outside of shooting bears and foxes encroaching upon my chicken coups, I have to acknowledge the attempt at doing something entirely unexpected. 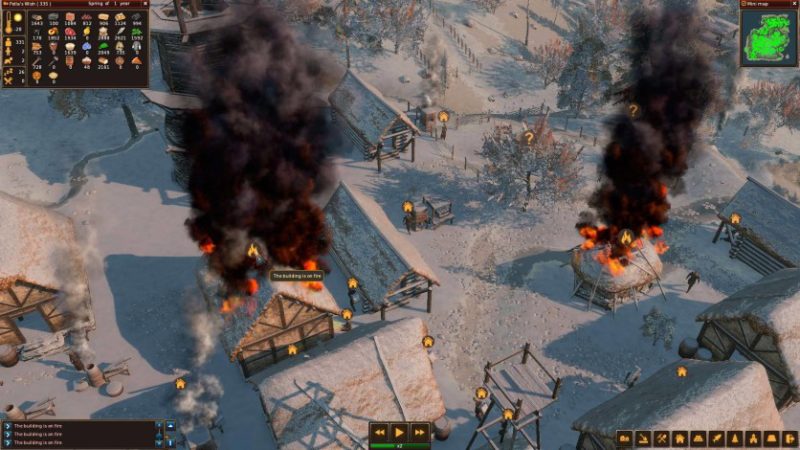 With no clear endgame, Forest Village, and games similar to it, loses its luster, and with little encouragement to begin a new game, it’s easy to walk away from after just a few short hours.

Forest Village suffers from what appears to be a very minimal budget. It being developed by a really small team – something like 2 or 3 developers! – means that prioritization on certain aspects left others lacking. There’s little in the way, for example, of in-game tutorials. When I wanted to build a building, I’d have to constantly Alt-Tab to my browser, which had the game’s Wiki opened. The Wiki is relatively well done, but it often felt like most of that information should have been in-game. The tutorial that is there, is pretty meager, and leaves a lot of late-stage areas completely unexplored.

Forest Village gives you what you’d expect, doing little in the way to deter reactionary comparisons to Banished. It’s good(!) but once you notice the game’s cracks and faults, it begins to fall apart and those types of games are typically the most frustrating.

Tyler lives in the Portland, OR area with his wife and cat. He loves pizza, comic books, and video games.
Show one comment