There’s a balancing act when creating a game that relies so heavily upon nostalgia. We’ve seen some really great examples in the last several years, with games like Shovel Knight and Pillars of Eternity, but we’ve also seen a few misfires, like Mighty No. 9. That balancing act generally works best when a game mixes what we loved about the old game, and ditches a lot of what we’ve forgotten because of nostalgia. Yooka-Laylee is unapologetically an unofficial Banjo Kazooie sequel, and sticks to that formula unwaveringly. For most of the game’s Kickstarter backers, this sounds like great news. The reality, though, is that this proves to be a troubling realization that perhaps nostalgia has blinded us.

Yooka-Laylee takes nearly 100% of Banjo Kazooie and repurposes it as its own. It rarely deviates from that formula – not to improve or otherwise – and in some ways that proves to be a worthwhile decision. If you were addicted to snagging all of the Jiggies in a level, you surely will be when it comes to collecting Pagies. The same can be said for the plethora of other world collectibles. Yooka-Laylee does a great job of recapturing that simple and satisfying experience, nearly to a T. It also has some really great characters. The titular characters are suitable stand-ins for Banjo and Kazooie, and there’s a few others, including a snake named Trowzer (get it?). They’re well-designed, colorful, funny, and memorable. Of course, this isn’t necessarily always the case. The game’s primary villain is really awful – a take on the Donald Trump-esque billionaire business man, who is also a bee – and never manages to be memorable or funny. 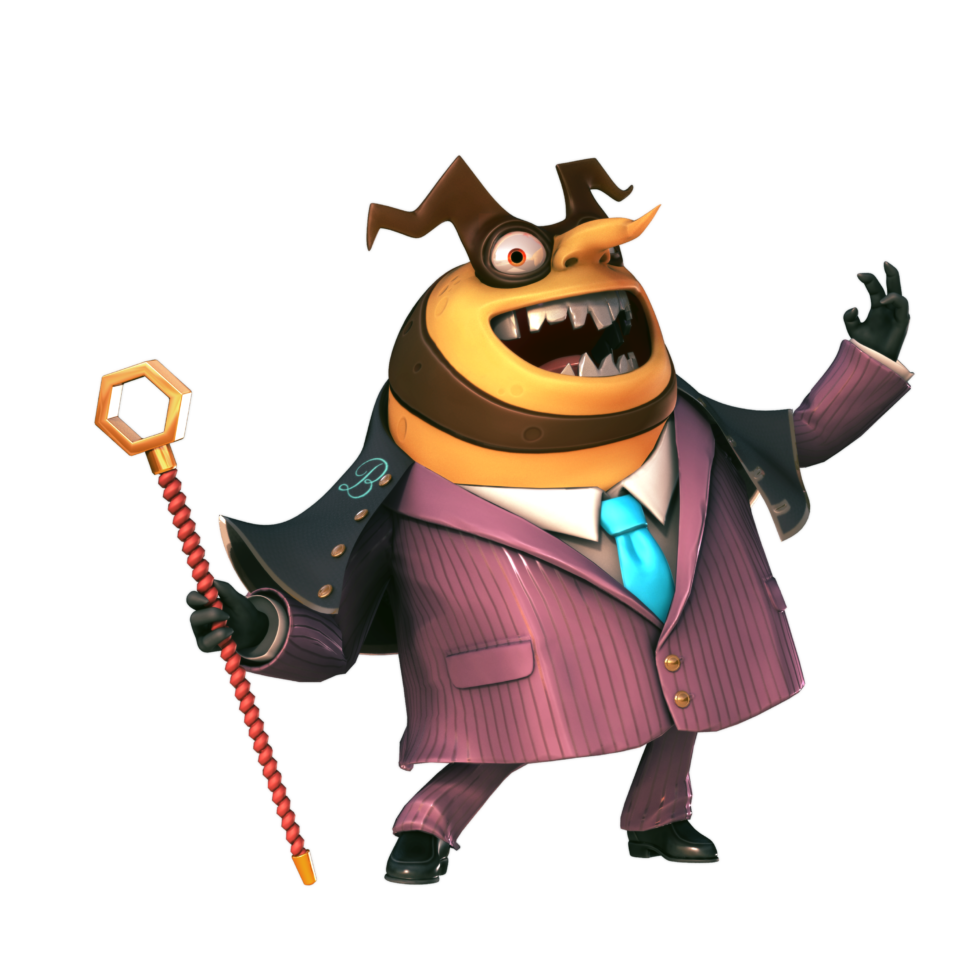 Yooka-Laylee also slows down at times, and it’s rarely a good choice. For example, there are segments where you have to answer some question. Sometimes they’re really dumb – like the time you had to remember how many total feathers you’d captured – and sometimes they’re actually challenging and fun – like the section where you have to recall what was in a dark room. There are also segments where Yooka and Laylee are transformed into something other than animals. One time it was a truck, and another time a flower. These changes allow you to explore the worlds with some added abilities. The truck could plow through some mounds of snow to reveal Pagies. While this effort is novel, it’s poorly implemented. Trying to navigate that truck, for example, is damn near impossible, especially when you’re trying to jump on moving platforms (no the truck doesn’t jump).

Each world, whilst colorful and pretty, are often dull, with little in the environment that feels like it belongs. These worlds are mostly populated with enemies, with only a few interactive characters, many of which appear in each world. To make matters worse, there is a distinct lack of polish – frankly, this was the most shocking aspect of Yooka-Laylee. I recall one stage early on where I was tasked with making some perilous jumps between platforms. I kept falling, and I finally realized that the moving platforms weren’t timed to allow me to recognize a pattern. While it wasn’t necessarily a random jump, the lack of recognizable pattern ruined that moment for me. Moments like this existed throughout the game. 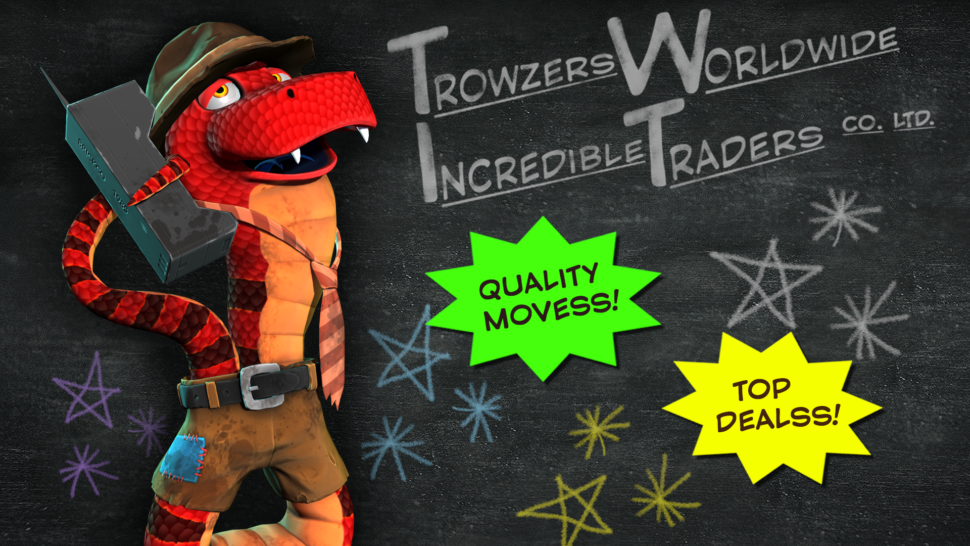 Frustratingly little is directly told to the player. It took me an embarrassing amount of time, for example, to discover you could aim your shots, and even more time to find the next world. It stops being fun and becomes frustrating to not be able to move on in the game, not due to a lack of skill, but to a lack of direction. This came to be the game’s biggest downfall. It didn’t matter how fun segments of the game were, when it came to navigating the hub world, or even the other worlds, it almost immediately stopped being fun, and if a game can’t even manage to remain fun for the majority of it’s run time, it’s barely worth paying attention to. 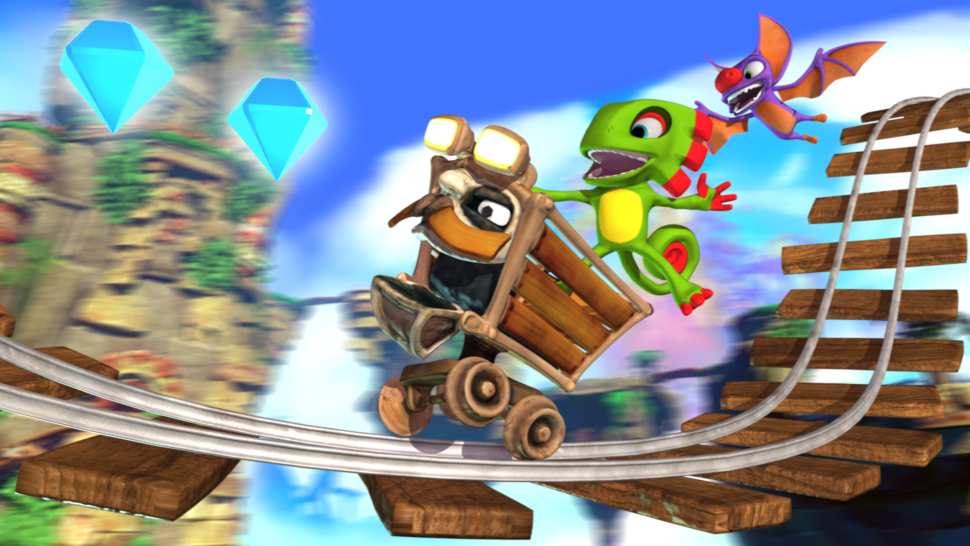 And that’s ultimately Yooka-Laylee’s biggest downfall. It so routinely puts exploration and discovery before having fun, and for a game that’s supposed to be an unofficial follow-up to a series that so expertly managed to make exploration fun. Yooka-Laylee just can’t, and it’s frustrating to see it play out the way it does.

Yooka-Laylee proves to be a massive disappointment. It's boring as hell, and features a colorful and vibrant world full of absolute nothingness. It insists upon not learning anything from games newer than Banjo-Kazooie and that's not a good thing.