Where the Water Tastes Like Wine is a difficult game to describe. How would you explain it to someone who knows nothing about it?

Johnnemann Nordhagen: You’re right, it is! It doesn’t really fit into a standard genre. Most games try to have a three-line elevator pitch, but the best I’ve been able to do with this is a minute-long explanation. Maybe that says more about my skills than anything else.

Anyway, my standard pitch is: Where the Water Tastes Like Wine is a game about traveling and telling stories, set in the Great Depression. It’s a narrative game, but unlike most narrative games it doesn’t have one story – it has 16 different characters, each with their own story, and each written by a different person. It’s an open-world game covering the entire US, in which you wander around, have adventures, and collect stories. You use these stories as tools to uncover the narrative of the 16 characters by exchanging stories with them. When you tell a story, it will spread and be embellished, thus leveling up your cache of stories when you hear it back again. The goal of the game is to learn the complete story of each of the different characters. 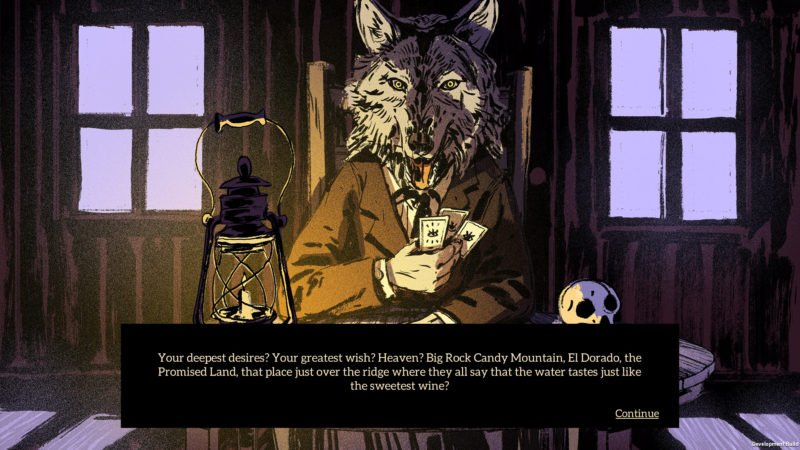 How were the stories within the game crafted, and how did you choose the authors?

JN: There are two types of stories within the game – the “vignettes”, or smaller adventures, and the character stories. There are about 200 vignettes, and they are made up or based on American folklore – I gave the writers for those a piece of art, mostly sourced from the Farm Security Administration public domain photographs of the Depression, and asked them to imagine a story attached to it.

For the character stories, those are all based on American history. For those, I did a bunch of research for each one, reading books and watching documentaries, and then I gathered a collection of facts and inspirational quotes and so on and handed that over to the writers. They took that and crafted real people from them.

For the authors I picked people whose writing I really admired, to start – I asked friends and people I knew, and then I reached further afield and tried to find people who could really speak about the backgrounds of the characters we had. It was difficult, for example, to find a writer for Dehaaya, the Dine (Navajo) woman in the game, but we did eventually find someone super talented! 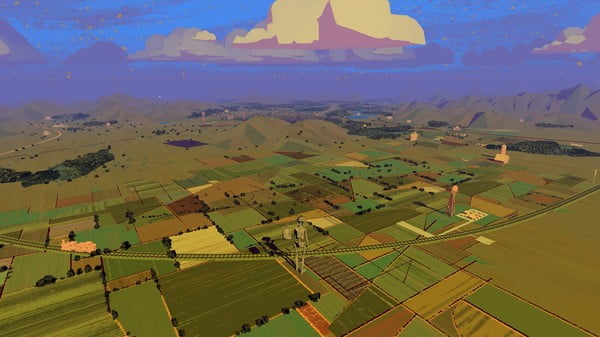 Do you have a favorite story/encounter from the game?

JN: It’s way too hard to pick. All the writers are amazing! I will say that every time I read the story of Althea, the blues singer, I get shivers up my spine. And for the vignettes, there’s one about a coal train that is like a punch in the stomach… But they are all really spectacular, and whether they’re funny, or hopeful, or sad, or scary, the writers really captured some fantastic stories.

What do you hope that people will take away from playing this game and what sets it apart?

JN: I hope that people think about the nature of truth, and how our reality is built from the stories that we tell ourselves and each other every day about who we are. What does it mean when we repeat “America is the greatest nation in the world”, or “land of the Free”? How do those stories shape who we think we are, and how much do they remove our perceived responsibility to change who we are?

What sets the game apart… well, it doesn’t really fit in a genre, like I said! I think the anthology approach to game narrative is a new one, too. I really don’t know of another game that’s approached story in this way. Of course we also have gorgeous art, fantastic music, and a unique setting…. 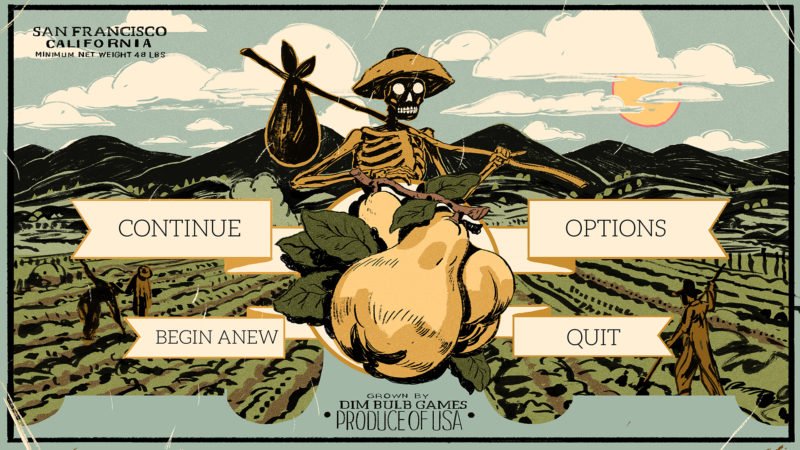 What has been the most challenging piece of development

JN: It’s hard making something like this where there aren’t many other examples to compare it to. There were lots of times when I thought “I know this is a good idea and it can be great… but I don’t know how to get it there!”

What would you rather fight, 1 rancor-sized goomba, or 100 goomba sized rancors? Why?

JN: OK so I think the goomba-sized rancors would be the easier fight, but where’s the glory in that? I’d take on the giant mushroom any day – it makes for a better story!

Besides, in Super Mario Galaxy when you defeat one you get a Grand Star, which seems useful.

Keep checking back for more information on the Where the Water Tastes Like Wine is due out for an early 2018 release on Steam. We couldn’t be more excited!